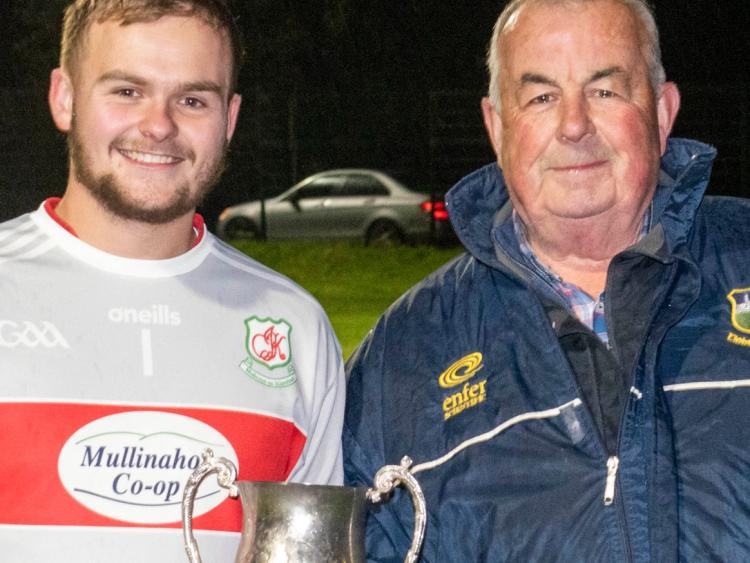 Mullinahone cannoned home four goals of immense quality to see off the challenge of a very competitive Anner Gaels under the resplendent lights of Cahir's Duneske Sports Complex on Thursday evening last in the Hall Alarms South U21 B Football Championship Final.

Mullinahone more than justified their favourites billing, producing a barnstorming second half display to bring the Dick Allen Cup back to Kickham Country for the first time since  2010.

It was a score that immediately shook Mullinahone into life, and Mikey O'Shea availed of selfless spadework from Eanna Ryan to equalise, although the real shell shock was about come. Two quickfire goals in two minutes by Mullinahone more than demonstrated their ruthless attacking capabilities.

The first was put away neatly by Stephen Hickey after Martin Kehoe had raced through the middle to create the opening. The second was a virtual carbon copy, with Keogh assisting the onrushing Mikey O’Shea, who made no mistake.

Anner Gaels showed great resilience and towards the end of the half were the better side, and gnawed the lead down to just a mere point at half-time. Their midfield duo of Darragh Hurley and Ryan Walsh stopped the flow of Mullinahone attacks through excellent fielding and tackling, while upfront points from Stephen Crotty and Conor Harrington kept the scoreboard ticking over.

Ryan Walsh added another for the Fethard- St. Pat’s combo and the impressive Stephen Crotty scored his second of the half, following incisive running by James McCormack. Anner Gaels were very much in the ascendancy at this juncture and two more points from Harrington and a long range free from Darragh Hurley drew them level and looking full value for it.

Mullinahone had lost their way somewhat, but had their noses in front at the interval, courtesy of a great left-footed point from county senior panellist Martin Kehoe. At half time it was Anner Gaels 0-7 Mullinahone 2-2.

One could be forgiven for expecting a close encounter when play resumed, especially as Anner Gaels were awarded a penalty in the opening minutes of the second period. Ryan Walsh was unceremoniously dragged down while bearing down on goal, and Mullinahone goalkeeper Brendan Kearney was sent to the sin bin for his troubles. 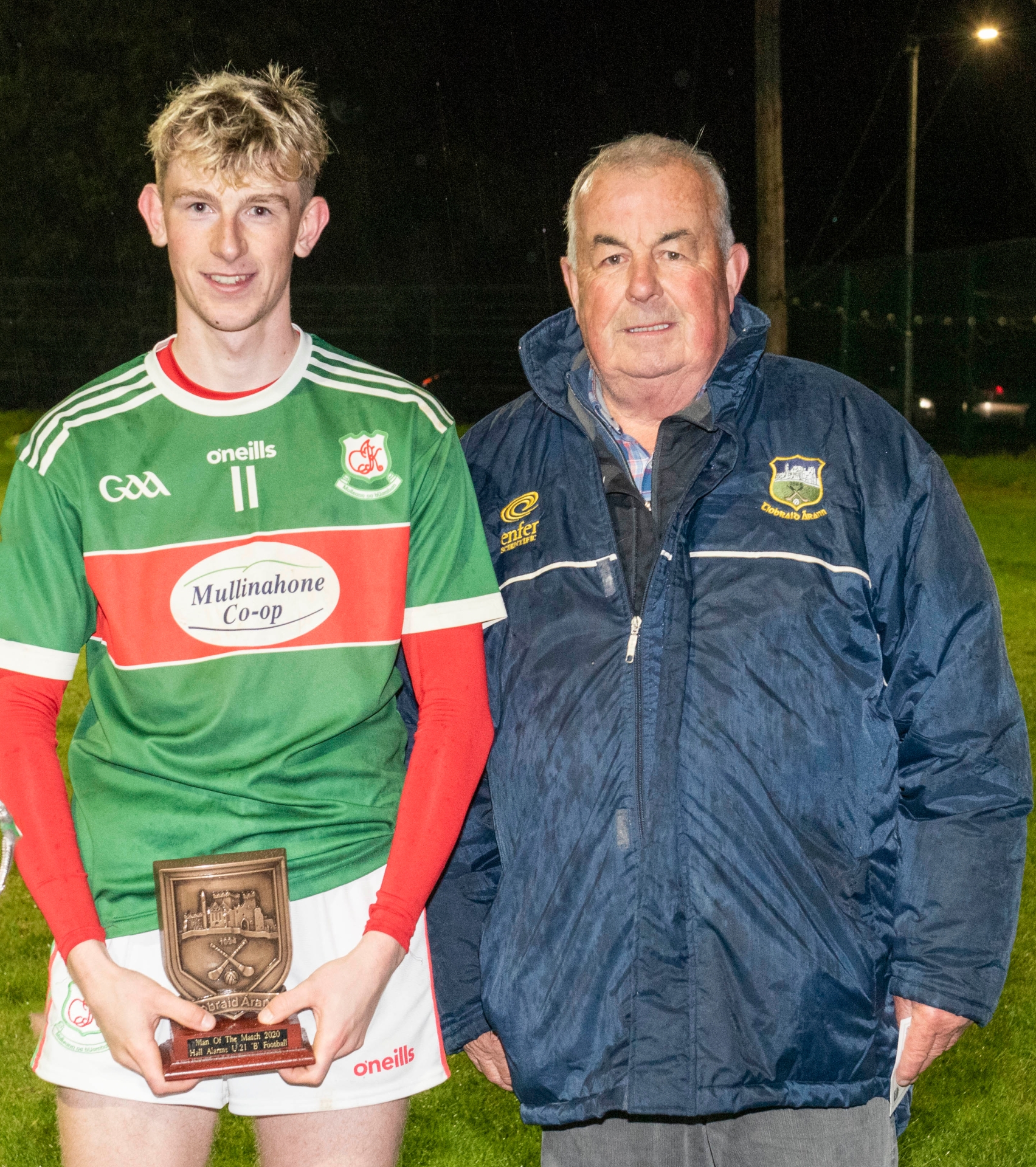 Above: Mullinahone's Eanna Ryan receives the man of the match award from south board chairman Hugo Browne

Hurley slotted home the spot-kick, giving Gaels the lead for the first time since the first minute. But just as in the first half, the prodding of the hornet’s nest proved near fatal, as Mullinahone woke from their slumber, and this time there would be no let- up.

The Kickhams' men embarked on an onslaught that would see them outscore their opponents 2-9 to 0-5 in the final twenty minutes. Half forward Eoin O’Dwyer led the charge, pointing from close range following a great run.

Eanna Ryan then added two points from frees, as the pressure began to tell. Right corner forward Danny Dunne increased the lead with an excellent point, as Mullinahone attacked at great speed. The Anner Gaels challenge was waning but a Jamie Broderick point in the 40th minute offered brief respite, but a massive Martin Kehoe free put two goals between the sides at the second water break.

The final quarter became academic once Danny Dunne rebounded home a Martin Kehoe effort that came back off the post, and the floodgates well and truly opened when man of the match Eanna Ryan waltzed through the Anner Gaels defence to crash home Mullinahone's fourth goal two minutes later.

Gaels, to their credit, battled on with great heart and had three points in-a-row from Darragh Hurley, Richard Anglim and Conor Harrington. Mullinahone had another point from Danny Dunne with the finishing line in sight. They kept attacking relentlessly and had another excellent point from Eanna Ryan, which brought a rousing cheer from the Mullinahone faithful.

Not to be outdone, Conor Whelan fancied some of it and got in on the act, floating a great score over the bar, putting the full complement of Mullinahone forwards on the scoresheet.

It was a tremendous win for Mullinahone, coming a few weeks after a famous victory for their senior hurlers in the Seamus O'Riain Cup final. They patiently got a foothold in the game and took their goals brilliantly when the opportunities presented themselves.

There will be little time to celebrate however, as mid champions Upperchurch Drombane await them on Sunday in the county semi-final in Cashel in what promises to be a great game, which gets underway at 4pm.