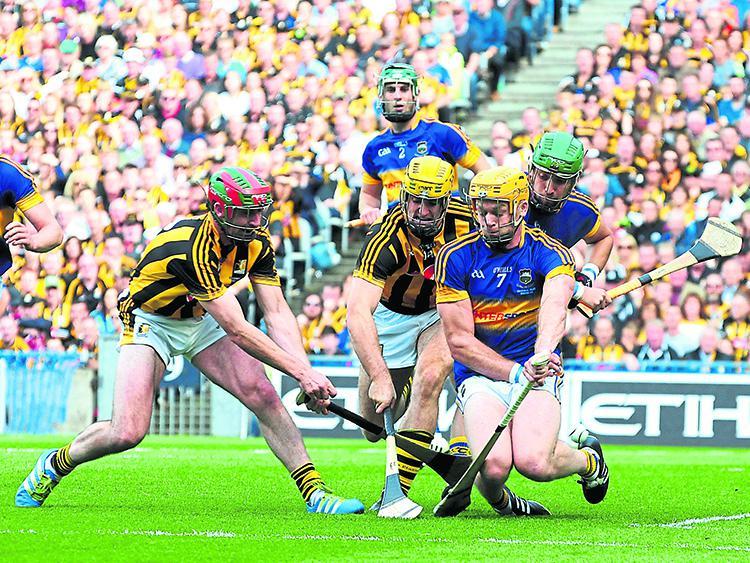 ALLIANZ FOOTBALL LEAGUE
The Tipperary senior footballers recommence their Allianz League campaign on Sunday next, October 18th, which is seven months on from the original date of March 15th, when they will play Offaly in round 6 in Semple Stadium. The prospect of inter-county action will hopefully keep all our spirits raised, as games return behind closed doors in this continuing Covid pandemic. Supporters still, however, have the opportunity to tune in and watch online or listen on the radio to all the action as it unfolds on the Field of Legends.

Tipperary manager David Power together with his management team have been busy preparing for this Offaly clash as they look to gain ground on the Faithfull County who are perched just above his side in division 3 of the league. With two points separating them, a home win on Sunday would bring the Premier County level on points with the remaining league round, away to Leitrim, still to come the following week.

Best wishes to the team on Sunday when they take to the field in Semple Stadium, throw in will be at 2pm and the referee will be David Murnane (Cork).
Supporters can watch the game live at a cost of €5 on GAAGO https://www.gaago.ie/fixture/PL5-20-F-W9K

BORD GAIS ENERGY MUNSTER U20 HURLING CHAMPIONSHIP
In the Bord Gáis Energy Munster U20 Hurling Championship quarter final, Tipperary will take on Clare in Semple Stadium on Monday night next October 19th at 7:30pm under the watch of a new management team led by John Devane (Clonoulty-Rossmore). No stranger to both sides of the white line, John together with his fellow selectors, Ken Dunne (Toomevara), Dan Hackett (Kiladangan) and Richie Ruth (Thurles Sarsfields), will be looking to draw on their combined experience to get Tipperary up and running in the defence of the U20 Munster crown. With seventeen of last year's panel still at their disposal, eight of those were in the match day squad for the All-Ireland final where six started.

That was then and this is now, a new campaign with a new opponent on the horizon. In a winner takes all clash, the focus will be on securing a home win on a step to what we all hope will be more underage success for Tipperary in 2020.

Here again, we send best wishes to the team on Monday next, throw in is at 7:30pm and the referee will be Thomas Walsh (Waterford). The game will be shown live on TG4 with coverage starting at 7:20pm.

The Tipperary minor hurlers have the proud distinction of being the first side from the Premier County to head into the heat of Munster Championship action albeit in the unusual month of October, in what has been already an extraordinary year. The LIT Gaelic Grounds is the venue on Sunday next as Tipperary travel to play Kerry in the quarter-final clash which throws in at 1pm.

Best wishes to our minors on Sunday as they are first to carry the blue and gold in Munster this year. The referee will be Niall Malone (Clare).
The game will be streamed live by Munster Council and all details are available on www.munster.gaa.ie

LIVE STREAMING
Munster GAA are delighted to confirm that all games in the upcoming Electric Ireland Munster Minor Hurling and Football Championships will be streamed live beginning this weekend as Cork play Clare (Saturday) and Kerry play Tipperary (Sunday) in the Minor Hurling Quarter-Finals.

Supporters can sign-up to these games in advance via the Munster GAA web site (www.munster.gaa.ie) with all Quarter-Finals over the next two weekends available for €5 each.
Munster GAA in association with Nemeton and Stream Sport will provide the streaming coverage throughout the upcoming Munster Minor Championships.

REFEREES
Best wishes to our referees on duty in the next week. First into the fray on Saturday is John McCormack (Knockavilla-Donaskeigh Kickhams) as he watches over events in the Electric Ireland Munster Minor Hurling Championship quarter-final between Cork and Clare in Semple Stadium.

Then on Sunday, Sean Lonergan (Moyle Rovers) will referee the Allianz Football League Group 4 fixture between Limerick and Wexford in Rathkeale.

While on Monday evening next, Michael Kennedy (Newcastle) will take charge of the Bord Gáis Energy Munster U20 Hurling Championship quarter-final between Cork and Kerry in Tralee.

TIPPERARY GAA CLUBS DRAW
The second of the eleven draws in the new series was held live on Tipp FM from Lár na Páirce last Friday night.
Congratulations to all the winners on the night with the two main prizes going as follows; the star prize of a Renault Clio / Skoda Fabia or €15,000 went to Thomas Ryan paid up draw member with Sean Treacy's GAA club.
Second prize of €5k went to Thomas Hayes and his promoting club was Kiladangan.

HEALTH AND WELLBEING
A reminder to clubs who are part of the Healthy Club Project Phases 1 – 4 that the Munster Provincial Forum Webinar is on Monday next 19th October. The registration deadline is this Wednesday October 14th at 5pm.
In these exceedingly difficult times, we all need to think and look out for each other, and to ensure all good Health and Wellbeing 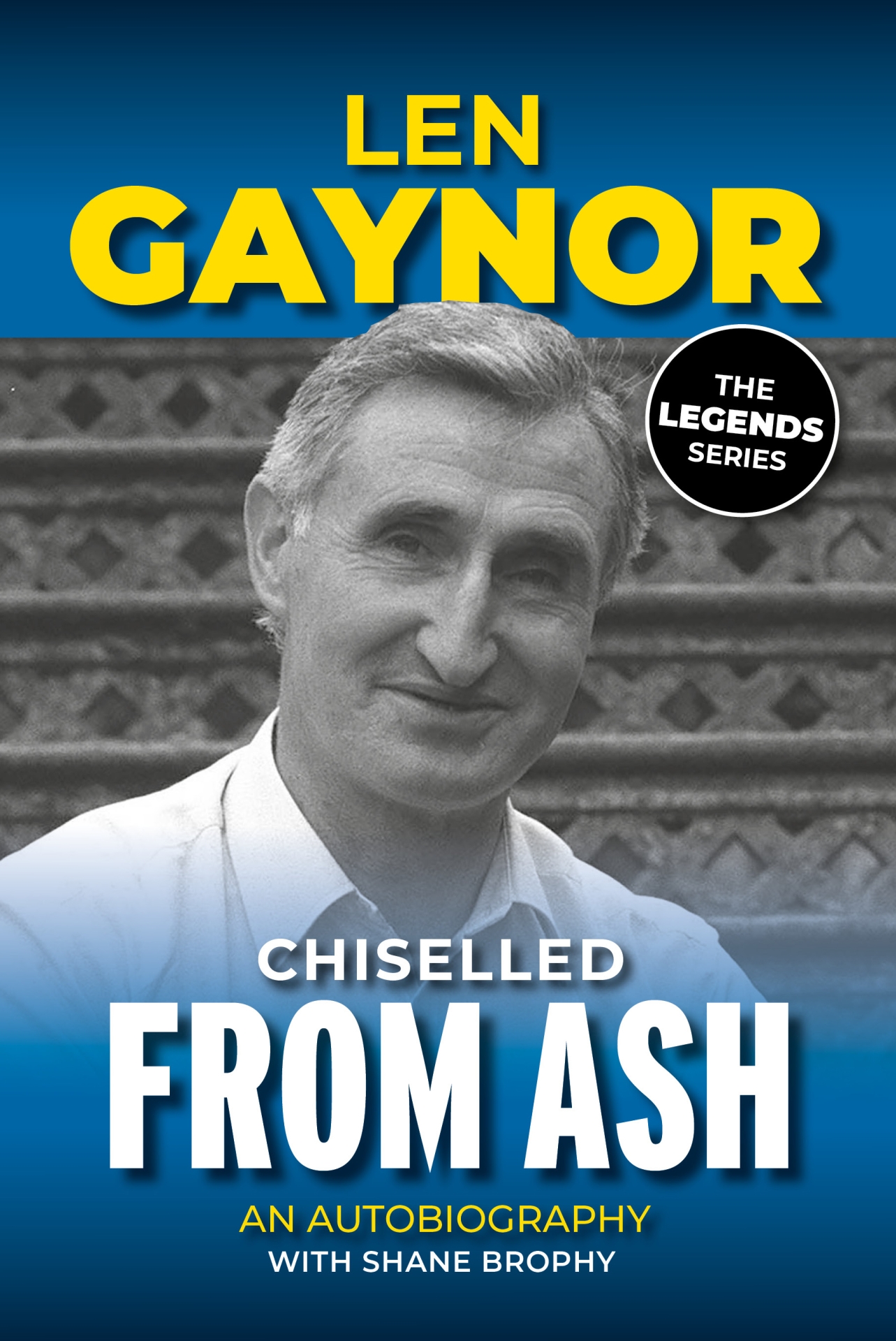 LEN GAYNOR - AUTOBIOGRAPHY
Chiselled from Ash, the autobiography of Tipperary hurling great Len Gaynor is a story if his love for the game of hurling, and how he honoured the great game his whole life.
As a player, Len won three All Ireland’s with Tipperary before going onto be an esteemed coach, winning seven county titles with 3 different clubs, including an All-Ireland title with his native Kilruane MacDonaghs in 1986.

At inter-county level, Len put the platform in place from where Clare would go onto win their All Ireland titles in 1995 & 1997, the latter at Tipperary’s expense when Len was the manager.
The book contains fantastic stories from Len, as well as contributions from players and colleagues that know him best.
Chiselled from Ash (€20, €10 for Kindle version) is available in all good bookshops and online through Amazon.