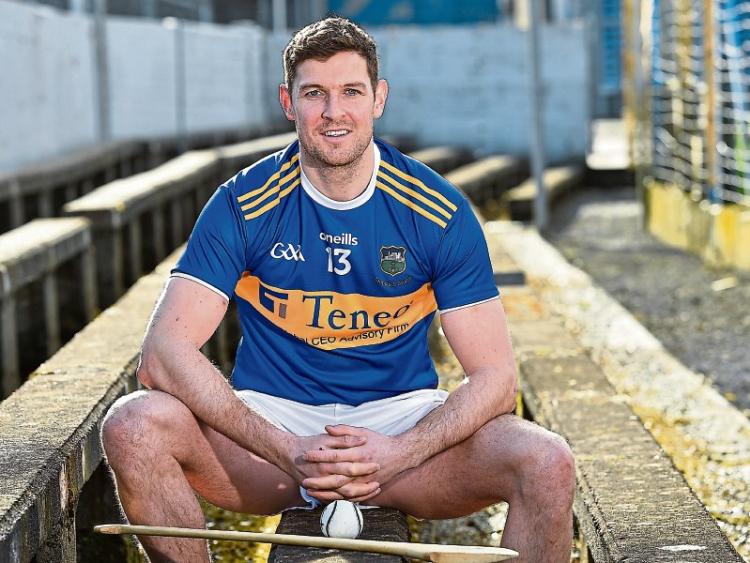 Both the hurlers and footballers will rumble with The Rebels

If it sounds like a disrespectful headline to our 'Rebellious' brethren down south, it's not meant that way.

But, quite simply, Tipperary footballers are far happier this week to be readying themselves for a crack at the Munster title, with Cork in their path, rather than Kerry.

And, the Tipperary hurlers would probably be happier playing Cork next weekend in the qualifier than they would Wexford, and perhaps Clare as well.

Neither the footballers nor the hurlers would see Cork as being any kind of a soft touch - that psyche does not exist in the inter county scene. It is just that Tipp will know more about Cork in both codes and would be far more comfortable squaring up to them than they would the others.

The footballers had a magnificent victory on Saturday against Limerick on their home patch - even allowing for the fact that there are no supporters at these games, to go into Limerick and come away with the win was a great achievement.
Tipp looked very tired at the end of the game though and David Power and his men will welcome the chance to refresh the legs ahead of the Munster Final which assumes far greater significance this time round, as it will be played on Bloody Sunday weekend. And, Tipperary will wear the new commemorative jersey to mark the occasion.

Cork will be favourites having beaten Kerry in such dramatic fashion but that will suit Tipp just fine and they will really fancy their chances of having a right go at the Cork boys - they certainly won't have the same kind of hang-up's they might have had playing Kerry.

The hurlers have drawn Cork too in the qualifiers and next weekends game will be a do or die game for both counties. Cork got over Dublin last weekend and showed far more aggression and hunger in their performance - traits which seemed to be missing to a large degree in their first outing against Waterford.

So, they will come into the match with their tails up and Tipperary will be well aware that they must fight fire with fire in this game. The Premier lads were well off the pace against Limerick in the Munster championship - another showing like that will prove fatal and Liam Sheedy will be impressing upon his men this week, the importance of bringing their best performance to the gun-fight.

Each individual will have to be on top on their game for this last chance saloon and must be firing on all cylinders. Otherwise it will be the end of the road and the All-Ireland crown won in 2019, will be relinquished once more.

It's very hard not to feel sympathy for the Tipperary ladies footballers after their game with Monaghan on Friday evening.
A great game of football ended in controversy when Tipperary's star player Aisling Moloney was pulled back for a free as she headed for goal having fielded a high ball. Replay after replay has shown that there was no infringement in the play and the decision was the wrong one, and a very poor one.

So, Tipp are out of the championship for 2020 following a second one point defeat in succession - the first being against Galway a week prevously.
It must be said though, that Tipperary would appear to have made significant progress in a very short period of time. They are now mixing it with the best in the country and the hope is that the squad will continue to develop over the next few months so that they can launch a real assault on the 2021 campaign.

Ladies football has gained a significant portion of attention in Tipperary in recent seasons and it is great to see so many parishes now fielding teams in the code. The results are showing with the inter county team - the more players Shane Ronayne and his colleagues have to choose from, the better, and this can only benefit the game in Tipperary.
Unfortunately for Aisling Moloney, she will not be able to tog out this weekend when the Tipp camogie ladies take on Waterford in the All-Ireland quarter final tie. The dual star, who is a real addition to the camogie ladies, received a straight red card against Clare in the opening round and picked up a two game ban as a result - she served the first half of that suspension in Tipperary's defeat of Dublin and part two will be next weekend for that game against the Deise.

The camogie girls have a little bit of form heading into this match and having been off last weekend, the expectation is that they will be fresh, eager and ready to do battle for a place in the last four - that would be a great boost to the squad and to the management team led by Bill Mullaney. The game will get underway at 2:45pm and will finish just before the senior hurling championship game commences. So, it will be a busy day in front of the TV and the kettles around the Premier County will be busy on Saturday afternoon!!

MAR FOCAIL SCOIR
There's a lot of activity in the club management scene right now with quite a bit of movement in terms of coaches. Word on the street is that Brian Horgan is taking over the reins at Nenagh Éire Óg; Shane McGrath is taking on the challenge of Holycross Ballycahill; TJ Connolly has stepped away from Cashel King Cormac who are tied up in the four All-Ireland medalists transferring from Knockavilla Donaskeigh Kickhams - the County Secretary still has not reveived those transfers by the way.

And, following Tommy Maher's stepping down from Sarsfields, speculation mounts that former Dicksboro coach Mark Dowling will be the man for The Blues. The coaches roundabout is in full swing!!