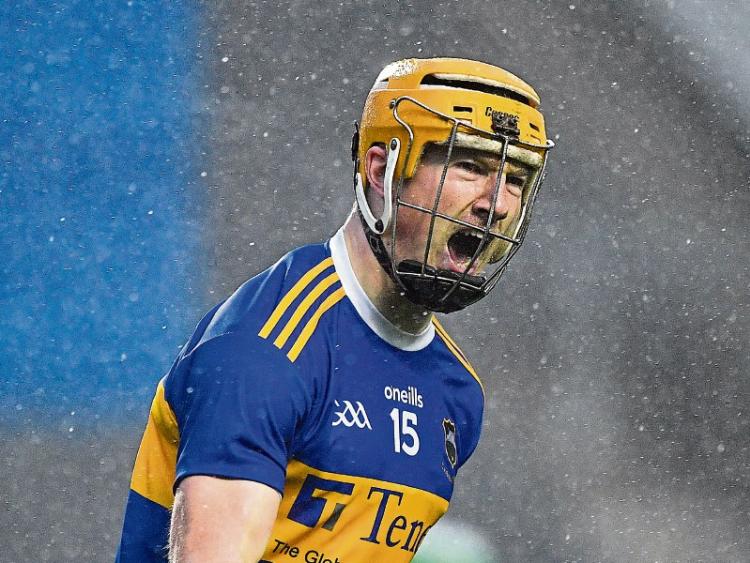 Jake Morris celebrates his goal against Limerick. Tipperary will be hoping for more of the same against Cork in Saturday’s All-Ireland senior hurling championship second round qualifier

The All-Ireland senior hurling championship has reached a critical juncture for holders Tipperary, as they prepare for Saturday’s do or die clash against Cork in the second round of the qualifiers at Limerick’s LIT Gaelic Grounds (4pm).

Following the shellacking they suffered at Limerick’s hands a fortnight ago, Tipperary now have no margin for error, as they attempt to remain on course and become the first team from the county to retain the MacCarthy cup since 1965.

That heavy defeat at Páirc Uí Chaoimh will have hurt and the extent of their recovery for such a crucial clash remains to be seen, as they face a Cork team that has real momentum behind it following last weekend’s 1-25 to 1-22 first round victory over Dublin.

In tandem with any tweaking of the starting fifteen, changes to the gameplan or a specific strategy for playing Cork, they will be hoping that they cannot be as out of sorts as they were in the wind and rain against Limerick.

Even allowing for the abysmal conditions, the touch, decision-making and overall display of the Tipperary players fell way short of the standard required.

Talismen such as Padraic Maher, Seamus Callanan and John McGrath, great servants who have been relied upon so often in the past, were distinctly off-colour.

Callanan, the captain, was prominent early on before fading, in what was the first championship match in which he started but failed to score in nine years.

Padraic Maher was also below par and was substituted 20 minutes from the end - before the match he had missed only 25 minutes of the county’s previous 11 seasons in 55 consecutive championship games since his debut in 2009 - although it was later revealed he was suffering from a knee injury and had missed three weeks training.

Meanwhile, little was seen of John McGrath apart from his second half goal.

Sunday presents the perfect opportunity for those players and others to redeem their reputations in a season that for some could be the last hurrah of their illustrious careers.