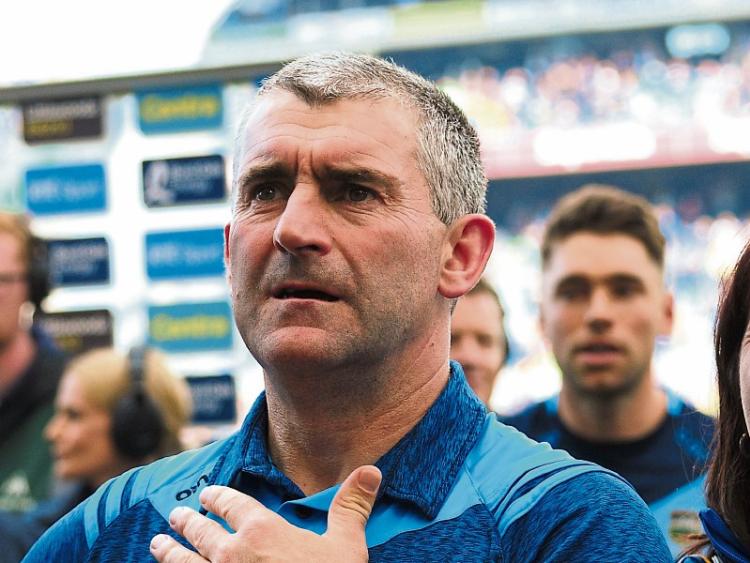 Tipperary hurling manager Liam Sheedy has to take the team in a new direction next year, says Westside

Where to now for Tipperary hurling after a year of senior disappointment? Yet another failure to follow up an All-Ireland win leaves us pondering our whereabouts in the hurling universe, as neighbours Limerick and Waterford eye up a novel final.

The difference that twelve months brings could hardly be starker. This time last year we were gung-ho about the future. Senior and U20 titles draped a warm glow around Premier hurling. The future looked bright.

Now suddenly the horizon has darkened. Our winter of discontent invites introspection; it’s time for some honest reappraisal.

The honesty, I suppose, has to begin with an acceptance that we were well short of requirements on all fronts this year.

It would be convenient to factor in Covid but let’s remember that a dismal league run predated the arrival of the pandemic to our shores. In five league games we managed just two wins, one against Westmeath who lost to everybody in the group.

The seeds then were sown in spring so the crop failure in autumn should have been no surprise.

What is it about Tipperary hurling that produces this second-year syndrome where All-Ireland wins are almost inevitably followed by a major dip? Something in the DNA perhaps, or a cultural predisposition to embrace the successes too much and lose the lust for a follow-up.

This year marked the seventh occasion since the sixties where All-Ireland wins were left as standalone items – a miserable, un-magnificent seven, you might say. I saw them all, which is something of an age giveaway.

It began in 1972 with a first-round replay defeat to Cork. We had quite a rivalry with the Rebels that year. Earlier in the season we lost a league semi-final to the blood and bandage brigade; there would be more blood (literally) on view later in the year at a December league fixture in Thurles.

Our rivalry with Cork over the decades has usually been hardy but healthy. However, this was one occasion where it became toxic. The Tipperary perspective on events was that corner back, Liam King, was targeted.

I can still see the blood streaming from a head wound in an era predating helmets and blood subs. The local followers were incensed by what they saw as a lack of response from the referee. The ill-feeling persisted and spilled over as the teams left the field at the end.

The fallout saw Tipperary take a heavy hit. Croke Park held an investigation and punishments followed: Tipperary players Liam King and Seamus Power, as well as Cork’s Pat  Hegarty, were given twelve-month suspensions. Babs Keating got a four-month term and the Tipperary County Board was fined 100 pounds.

Tipperary actually won the match but it couldn’t conceal the fact that the game closed out a really poor year for the county after the great All-Ireland win of 1971 – and it began a sequence that still doggedly persists today.

1990 was the next follow-up failure and again it was Cork who did the damage. They came to Thurles for a Munster final and turned the tables on the reigning champions in what was a shock outcome. Some loose talk from Tipperary sources in advance was no help and there was much criticism afterwards of both team and tactics.

Of all the failures to put titles back-to-back since the sixties, this has to rate as the biggest missed opportunity.

As if to prove the point the team rebounded to claim the 1991 title but again slipped up in 1992, where once more Cork were the spoilsports.

Then you come to the Brian Cody era. Nicky English had steered Tipperary to success in 2001 but Kilkenny stood in the way of a repeat in 2002.

Then you come to the modern era and the three wins of the past decade, which was our best return since the sixties, but once more there was no back-to-back: Kilkenny stood in the way in 2011 and it was Galway in 2017 and again this year.

I suppose in one sense if you’re winning titles with some regularity it doesn’t matter much whether they’re in sequence or standalone, but what’s irksome is Tipperary’s inability to manage success so that it becomes a platform for further achievement rather than an endgame in itself.

You could call it winning well, by which I mean to keep perspective and focus so that you get the most out of a particular panel. The team of the past decade was certainly capable of holding the title but the pattern of follow-up failures still persists.

It all leaves Liam Sheedy with much to ponder this winter after yet another year of surrender. For whatever reason the team this year misfired badly. Once more the manager put his faith in the tried and trusted but this time they came up short. A few players were missing for different reasons, others slumped in form and the general shape of things never looked right. 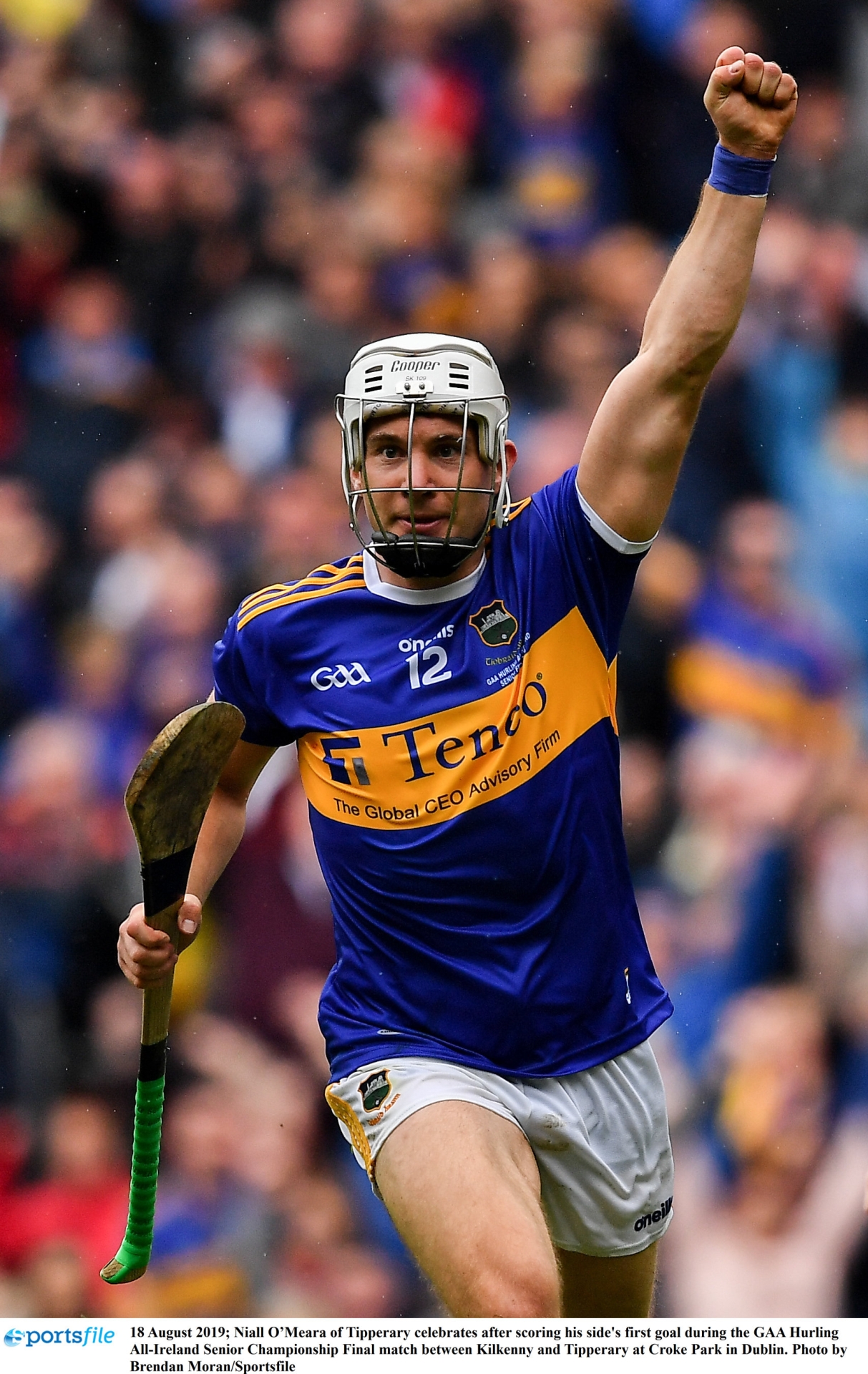 Above: The positioning of Niall O’Meara in defence for the games against Cork and Galway was a surprise, says Westside. Picture: Brendan Moran/Sportsfile

The management won’t escape criticism either when team and tactics look flawed. As an example, the positioning of Niall O’Meara drew some raised eyebrows. His deployment at wing back for the Cork game looked like a copycat of the Kyle Hayes situation with Limerick.

With doubts about Barry Heffernan’s fitness, there might have been a case for such a move in the Cork match but to persist with it against Galway is much harder to justify. He’s much more a forward by instinct and having struggled against Seamus Harnedy he now got caught for a damaging goal by Cathal Mannion and was eventually substituted.

You can look at other aspects too that were far from ideal. John Meagher joined the panel after the club series and was immediately introduced against Limerick, only to be dropped from the match day panels for the remaining games.

John Bubbles O’Dwyer and Ger Browne both withdrew from the panel - voluntarily I understand. The distraction of events at club level was probably no help to Ger Browne and the Covid restrictions, I suspect, were unhelpful to Bubbles who, more than most, needed the discipline of collective team training as he recovered from injury.

The slump in form by the McGrath brothers was yet another factor in the year’s events. Noel did well with four first-half points against Galway but over the span of the three games he was but a shadow of the 2019 player.

There’s an unavoidable conclusion here that club action simply drained both players, perhaps emotionally as much as physically. Loughmore’s dual mandate is a core club principle but it does come at a price, both individually and collectively.

Overall then it was a frustrating year for everyone. I suspect the frustration got to Liam Sheedy by the end because his comments on the referee in the Galway game were both untypical of the man and ultimately unwise.

In all of this people are asking where are the underage winners of recent years? The answer is that the best of them have been on the panel but struggling to make an impact.

At times when coming onto a winning team they’ve looked promising, but then on other occasions seem well below requirements. Should they be given more game time? It’s one of those catch 22 situations where you want to blood young players but at the same time you want to win games. Getting the balance right isn’t easy.

There’s no doubt Liam Sheedy’s natural leaning is towards the old guard who’ve served us well, but surely there will have to be a major push to promote the younger lads in the spring.

The age profile of the team is tilted towards the thirtysomething group and they’re on borrowed time. If it’s not quite a crossroads moment for the team it’s certainly a bend in the road, where a new direction has to be taken.

That’s the challenge then for Liam Sheedy, who has only a couple of months to plan and regroup before the league kicks off in February. In all this I’m assuming (and hoping) that he sees out his three-year term because a change at this juncture would be very problematic for everyone.

Great managers constantly adapt and change as circumstances require and Sheedy definitely has that capacity to tackle this, the most challenging period in his career as a county manager.

What type of season we face in 2021 is still very much in the lap of the gods. Covid remains an imponderable and on top of that uncertainty there’s the much-touted restructuring of the fixtures calendar.

It’s amazing how it took a pandemic to bring clarity to the fixtures problem because now, for the first time, we appear to have consensus around the issue of a split season. The only aspect to be resolved is whether club or county goes first.

Anyone brave enough to propose a split season a few years ago would have been laughed out of court. It seemed too drastic, even downright revolutionary, a measure to gain acceptance in an organisation like the GAA, which moves at a very measured pace.

Here I must give due credit to Paddy Stapleton. He was the first I heard to nail his colours to the split-season mast at a time when it wasn’t popular. Now the fixtures review committee, the GPA and the CPA have all thrown their weight behind the proposal.

Whether club or county gets the first half of the year remains a live issue, with valid points to be made on both sides. I suspect there may have to be some trial and error before this aspect is satisfactorily resolved. Either way it seems there’s no going back to the old order.

Finally, we have an All-Ireland decider to really whet the appetite and lighten the darkness of December. Liam Cahill’s extraordinary feat puts a Tipperary interest at the heart of it all. It promises to be an unforgettable final, one to anticipate next week.