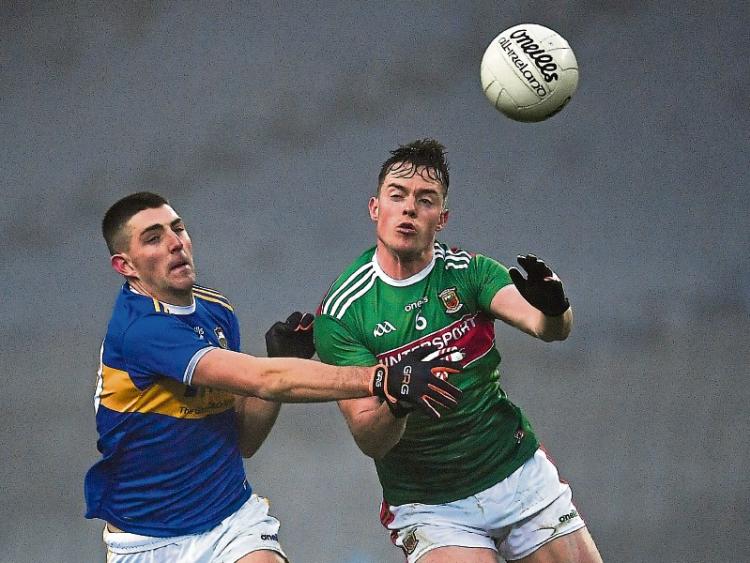 So, no fairytale ending then for Tipperary football as Mayo deliver a harsh reality check. The season ends with a heavy defeat but the Munster win will forever set the year apart as one of historic achievement.

There were times during the game when one feared for the players, as that lead threatened to extend into embarrassing territory. Anything in the twenty-plus region would be outright humiliation and would inevitably shave some of the gloss off the Munster final heroics.

Thankfully it didn’t happen. Tipperary’s final quarter pulled it back from the brink. Losing by a butcher’s dozen is still quite a pasting but not as mortifying as it might have been.

On a day of many errors the team takes credit for the gutsy manner they stayed on task to the end. Those goals by Paudie Feehan and Conor Sweeney were finishes of the highest quality and offered a hint of the team’s capacity on a day when everything else went pear-shaped.

In the end, I guess, the game reflected the gulf between division 1 and division 3 sides, albeit Mayo will drop to division 2 next year. Still the Connacht men have been around this particular block so often: they’re familiar with Croke Park and with semi-finals and finals and that experience does bring an extra edge that shows in areas like general knowhow and decision- making and even in physicality. The reality is that Tipperary are still quite a distance off that particular mark.

It won’t unduly take from the Munster win, however. Getting to an All-Ireland semi-final in 2016, for instance, is now just a footnote in history. This year’s Munster win, however, is a headline item. It’s a tangible achievement: the cup is on the sideboard; the players will receive their medals and the entry on the roll of honour will be there forever – and forever linked to the names of the players who bridged that 85-year chasm.

However, of concern for the football fraternity hereabouts will be the underage record of recent years. 2015 represented a high point of Tipperary football promise but since then the graph has dipped spectacularly.

In the past four years, for example, our minors have played 12 championship games and won just 3 – and those were against Waterford and Limerick.

The U21/20 record is even bleaker. The U20s lost earlier this year to Limerick, so we haven’t won a game in this grade now for five years. And, worse still, we lost on four of those years to Limerick, who are hardly football royalty.

So, while the glory of the Munster final win has to be acknowledged, the bigger picture can’t be ignored either.

In the meantime, all the football talk is about tackling the Dublin juggernaut, which seems unstoppable in its drive for a six in-a-row.

It’s not so long ago that the GAA was deeply worried about the state of football, and the GAA generally, in the capital. Things looked rosy enough out in the countryside where the association, was more deeply embedded in every parish, but in the primate city with its population concentration, other sports seemed to have stolen a march.

The issue was tackled, money poured in, and suddenly, like Frankenstein, a monster, it seems, was created. Or was it? I’m not so convinced.

The money issue, I suspect, is overplayed at times. Of course, it’s a factor in facilitating a winning infrastructure but there’s surely much more at play with the present Dublin dominance than simply a strong balance sheet.

We’ve always had eras of dominance by counties in the two sports. Think of Kerry’s footballers in the 1970s or Kilkenny’s hurlers in the Cody era. Recently I was reading a booklet produced in the 1960s. Its theme: what can be done about Tipperary’s hurling dominance?

So, the issue isn’t new, even if the Dubs have patented a steelier grip on events than others in the past. It’s not even as if the Dubs have been steamrolling everyone else on their way to dominance. Two of their five in-a-row wins were one-pointers. The biggest margin was six points and two of their finals went to replays – even the semi-final with Mayo in 2015 also went to a replay. 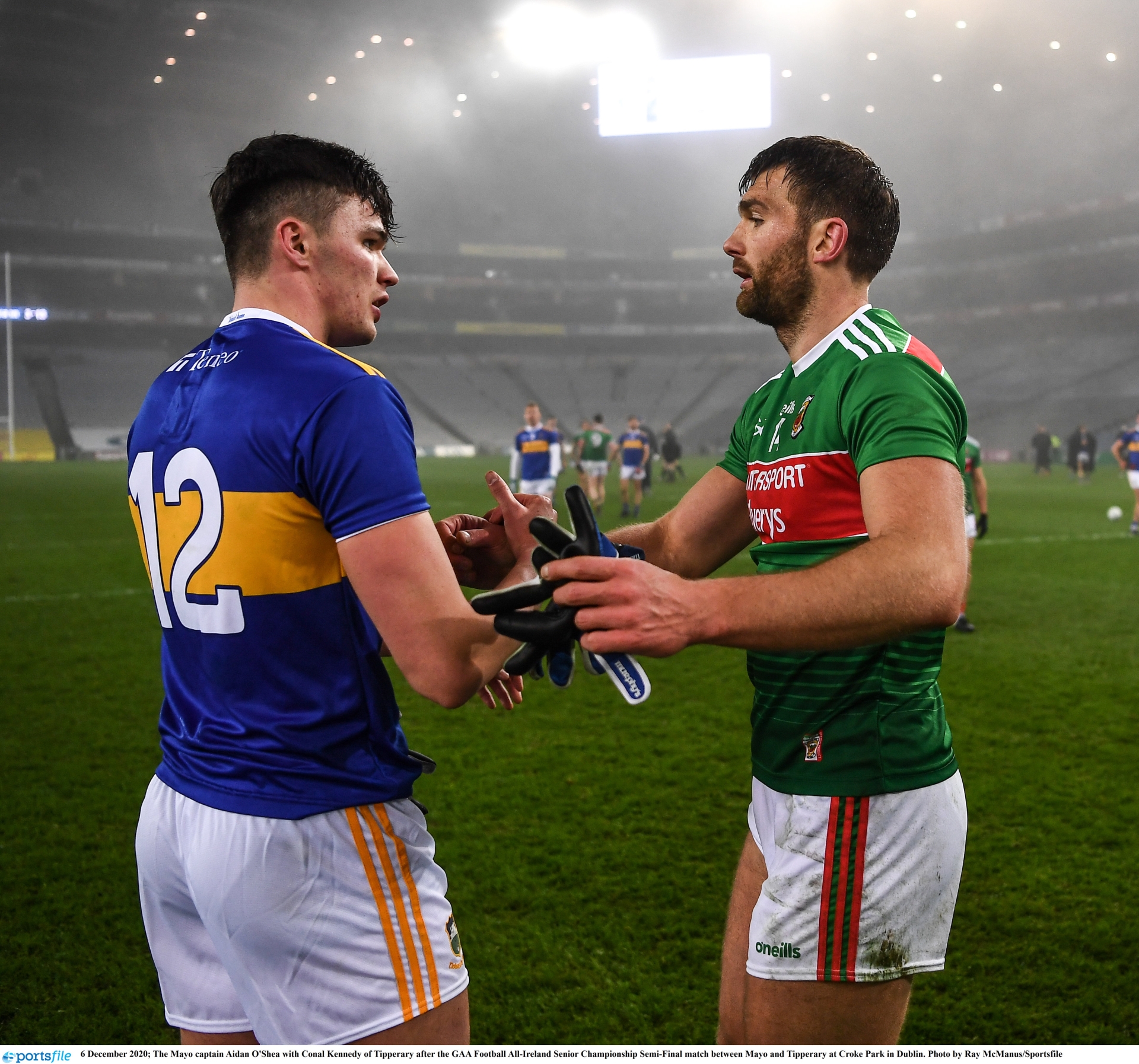 That hardly represents strangulation of all others, but what it does show is that the county has fostered and perfected a remarkable winning culture. It all seems to be based around humility and lack of egos, as well as savage workrate and a dead-eyed focus no matter how much has been won in the past. They’ve found the formula and are unwilling to give it up.

If it was just money and population numbers then their hurlers would be doing likewise. Yet 1938 was their last hurling hurrah.

Anyway, for the moment there’s a more important hurling issue on the horizon with this Sunday’s novel clash of Waterford and Limerick in the first ever fan-free final. It’s a fascinating prospect. Limerick have been favourites all year but Waterford are closing the gap, so the stage is set for a real gripper.

I think the present restrictions have facilitated Waterford’s remarkable progress to their second final appearance in four years. As a county the Deise are a colourful and passionate lot, but that same passion does carry a downside.

Think of John Mullane (“I love me county”) after a Munster championship win running to the fans, kissing the crest and generally getting carried away. Understandable? Of course it is but it’s also unhelpful when you need to keep a lid on matters and maintain a steely focus on the next game.

What a contrast there was after their semi-final win over Kilkenny. Yes, there was delight and beaming smiles and backslaps and fist-touches, but there was also a noticeable restraint.

The body language suggested a group delighted with the win, for sure, but also aware that this is only a stepping stone with a bigger fish to fry in a fortnight. And I’ve no doubt the Cahill influence was part of that reaction.

Waterford’s second half display against Kilkenny was the best half-game performance of this year’s championship. The challenge for them on Sunday is to extend that to seventy-plus minutes. If they do then they have a real chance of reaching the holy grail for the first time since 1959.

What Liam Cahill has done with this group is quite remarkable. They could hardly have come from a lower base. After losing to Galway in the 2017 final their next two championship seasons made for abysmal reading: played eight games, drew one (against Tipp incidentally) and lost seven.

Then Cahill arrived and the changes were wholesale ahead of Covid year. He immediately dropped Noel Connors and Maurice Shanahan; Philip Mahony and Brick Walsh retired; Pauric Mahony and Shane Fives got injured; Tadhg de Burca too was in recovery.

The transformation has been extraordinary. They won three of their five league games to finish second to Limerick in the table.

Then came the championship run, beating Cork, losing by four to Limerick in the Munster final before flooring Clare in the All-Ireland quarter-final and then ousting Kilkenny in the semi-final. It’s been an extraordinary rags-to-riches tale and now we anticipate the final denouement.

It seems to me that Cahill has succeeded in marrying Waterford flair to a more traditional focus on core fundamentals of the game. The result has seen the team really blossom under his influence.

Dessie Hutchinson has been a real find, as has Jack Fagan. Stephen Bennett has exploded onto the scene. Austin Gleeson has started delivering again. Calum Lyons has caught everyone’s eye. Kevin Moran is the ever-present old reliable, the only survivor from the 2008 defeat to Kilkenny. Tadhg de Burca is the commander -in-chief at half back.

Of all teams around at the moment they seem best equipped to take on Limerick’s high-octane hurling. Given the mobility of both teams this could be a running feast.

Limerick are formidable. As Munster and league winners for the past two years their credentials since taking the All-Ireland in 2018 are beyond dispute. Even the loss of defenders like Mike Casey and Richie English this year has failed to upset their game.

Traditionally half back lines were always regarded as a team’s pivotal line but it’s Limerick’s half forwards who’ve been winning all the notice this time.

Tom Morrissey, Cian Lynch and Gearoid Hegarty have been major playmakers for the Shannonsiders. This trio, together with Aaron Gillane, are among the top six tips for hurler of the year; the other two are Stephen Bennett and Tadhg de Burca.

The mobility and influence of the Limerick half forwards is something I’m sure Liam Cahill and company will have studied in detail ahead of this final. They’re physically strong, they trek back to help out their half backs on the opposition puckout and then have the engines to get back up-field again for an all-out attack.

Incidentally Gearoid Hegarty is fortunate to be available for this final because in my book his foul on Joe Canning in the semi-final was a red-card offence. On that score I have little time for the TV pundits who, to a man, took this populist line that, ah sure, there was nothing in it, Canning would get as much at training. It’s extraordinary how these guys can dispense with the rules so easily.

Limerick and Waterford have met in league and championship so far this year with the exact same outcome on each occasion – four-point wins for John Kiely’s side.

Yet there is a sense that the margin is tightening. Waterford have been coming strongly, improving, while Limerick have been more static, winning but not quite blowing teams away as some expected.

I think Waterford have a real chance here, though for the moment Limerick’s past record makes them deserving favourites.