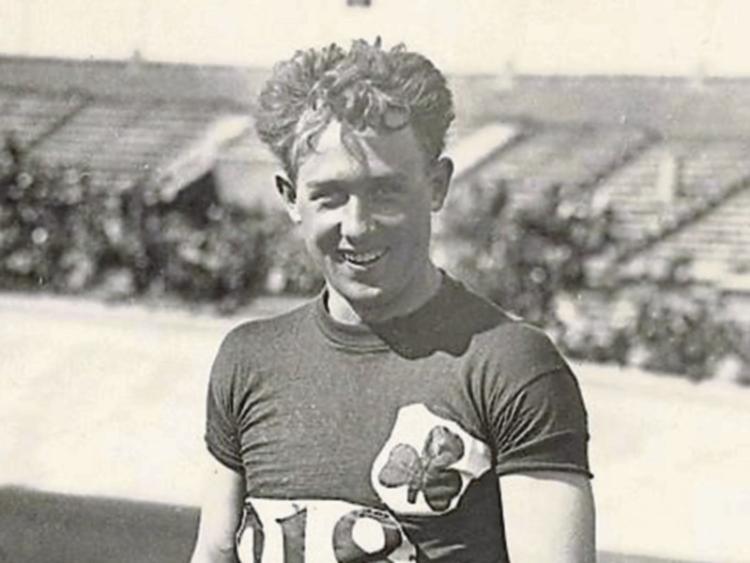 Double Olympic hammer-throwing champion Dr Pat O’Callaghan, who lived in Clonmel for most of his life

Pat O’Callaghan came from Kanturk but was synonymous with Clonmel, where he lived for most of his life until his death at the age of 85 on December 1 1991.

The first athlete from Ireland to win an Olympic medal under the Irish flag rather than the British flag, he studied medicine at the Royal College of Surgeons in Dublin.

Following his graduation in 1926 he joined the Royal Air Force medical service.

“The Doc” returned to Ireland in 1928 and set up his own medical practice in Clonmel, where he worked until his retirement in 1984. His practice and home at Roseville on the Western Road is now the site of the National Learning Network.

In 1927 and 1928 he won the national hammer throwing championships and qualified to represent Ireland at the 1928 Olympics in Amsterdam, while his brother Con qualified in the shot putt and decathlon.

The brothers travelled to Amsterdam together and after being allowed to borrow a Swedish competitor’s hammer, Pat easily won the gold medal.

He won his second gold medal in the event at the Los Angeles Olympics in 1932.

The TG4 series Laochra Thar Lear (Heroes Abroad) is a celebration of Ireland’s Olympic heroes and tonight’s programme will be broadcast at 9.30pm.