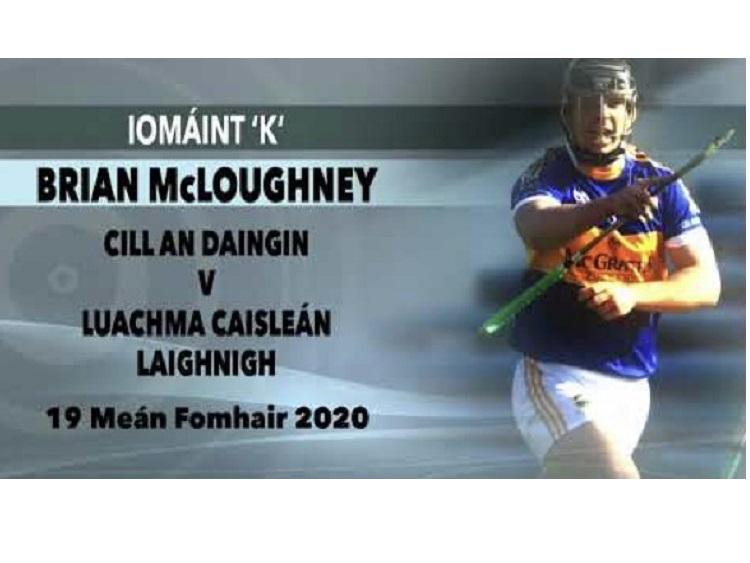 A number of Tipperary players feature in this year’s TG4 Cuil na Bliana top 15 list. Congratulations to Kiladangan’s Bryan McLoughney who was named as the winner of the Cúil na Bliana Iomáint 2020 for his county final winning goal against Loughmore-Castleiney, that saw his side claim the Dan Breen cup for the first time in the club’s history. And at number 3 is Jason Forde for his goal against Galway in last March’s hurling league game, when he snuck in behind the defence and finished a pinpoint Cian Darcy pass to the net. At no 13 in the Peil list was Conor Sweeney for his goal in this year’s All Ireland semi-final against Mayo, after fielding a pass outside the 20-meter line Conor dodged a number of defenders before dispatching the ball to the net. At number 6 is Clonmel Commercials Michael Quinlivan for his goal in this year's County senior football final against Loughmore-Castleiney. In scoring this goal, Michael displayed skill, speed and determination as he ended a 65-meter run with what was to be the match winning score. Tipperary ladies’ footballers also feature as Roisin Howards unstoppable goal shot against Monaghan was awarded the number 2 spot. The top 15 goals in both hurling and football can be viewed on the TG 4 player.