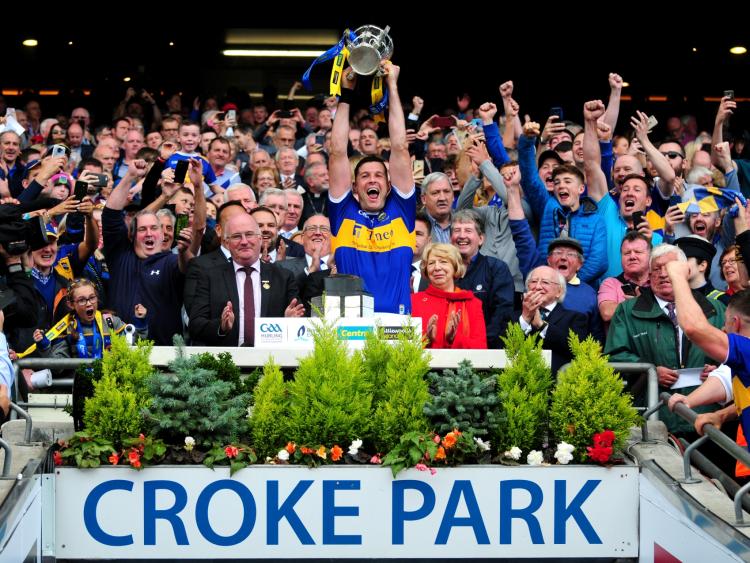 Having been in seven of the twelve All-Ireland finals with 1 at the end of the year, the chances would seem pretty decent of Tipperary making it to the ultimate hurling day in July.

Years with 1 at the end have been pretty good to The Premier County when it comes to enjoying success, with All-Ireland titles having come this direction in 1951, '61, '71, '91 and 2001. Tipperary were also in the finals of 1911 and 2011 when Kilkenny won the silverware on both occasions.

So, having been in seven of the twelve All-Ireland finals with 1 at the end of the year, the chances would seem pretty decent of Tipperary making it to the ultimate hurling day in July.

The picture is a lot different for the minors though - they have never won an All-Ireland with 1 at the end of the year, despite having won twenty titles in total. By contrast, Cork have won four - '41,'51, '71 and 2001, while Kilkenny have done likewise in '31, '61, '81 and '91 when they beat a Tipperary team in the final which contained current senior coach Tommy Dunne.

The senior hurling and football panels were to have returned to collective training next week, but the more severe level 5 restrictions have resulted in the GAA suspending the return to training for the immediate future. However, this does not mean that players cannot work away individually and they will be doing this as the commencement of the Allianz National hurling and football league games are still earmarked for the end of February. This could well change though depending on how figures work out in the coming weeks and the season may well be delayed for a time as the GAA awaits further advice and instruction from NPHET and the government.

While senior hurling and football Managers Liam Sheedy and David Power, will be itching to get to the pitch with their players, there is no such sign of light at the end of the tunnel for the u20 and minor coaches - they had a very truncated season in 2020, which only came to a close in the dying embers of the year. And, they will take time out to assess their situations with the panel of players available, before any planned return to training for the new season.

The senior hurling and football panels have been evolving over the last few season and there are expected to be a number additions and exclusions in relation to both when the squads do eventually get to come together.

David Power and his management team will be hoping to build on a very positive and historic 2020 when they will initially seek to gain promotion from division 3 of the Allianz NFL, and then turn their attention to the championship and the defence of their provincial crown - what a challenge that will be for the panel which will have taken much confidence from their run all the way to the All-Ireland semi-final in the historic Bloody Sunday Centenary commenorating campaign.

Of course Colin O'Riordan will not be available to the side having returned to Australia and his club Sydney Swans. However, a number of new faces in the squad will help to freshen things up further and will bring a new impetus to the panel as they embark upon another voyage of self discovery.

As for the senior hurlers, with the retirement of Newport defender Sean O'Brien comes an opportunity for a player to step into the limelight and it is almost certain that Liam Sheedy will look to the u20 side beaten in the Munster Final by Cork two days before Christmas, to infuse new blood into an ageing squad.

They'll all have to be ready when the restrictions lift.