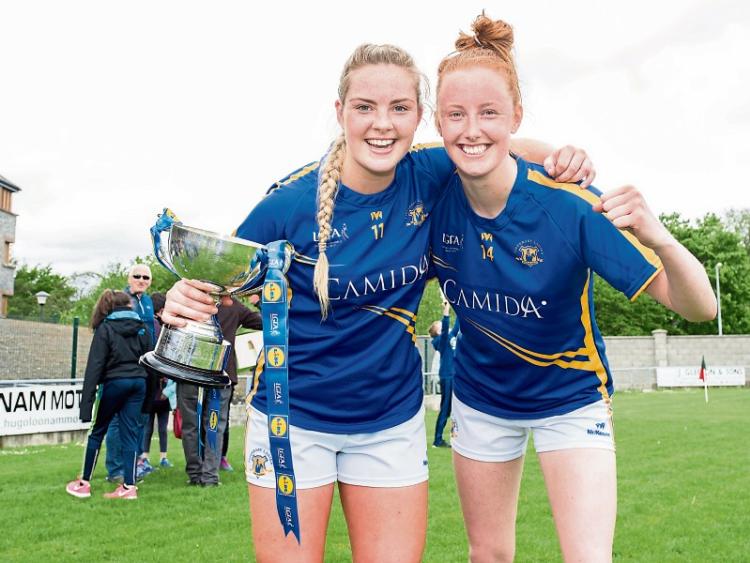 The fact is, the Camogie Association and LGFA would find it very difficult to exist were it not for the co-operation and goodwill of GAA  clubs and counties who share their facilities with the ladies organisations.

The recent clamour for the Ladies Gaelic Football Association and the Camogie Association, to come under the umbrella for the GAA is obviously being driven by people who clearly don't appreciate the current standing of the three - very separate- sporting bodies- former Cork star and current TV personality Anna Geary is the latest to throw her weight behind the call.

The GAA was lambasted on social media over the treatment of the Galway ladies footballers recently when a game scheduled for the Gaelic Grounds in Limerick, ended up being fixed for Parnell Park in Dublin, and then due to a frozen pitch had to be played in Croke Park, with very little notice for the teams.

The Galway players were most unfortunate for such a series of events to go against them. But, it was hardly the fault of the GAA. In fact, did not the Association bend over backwards to ensure that the game could be played? Normally, to get to play in Croke Park, a fixture would have to be written in stone for weeks, let alone hours, or in this case, minutes. So, hats off to the GAA for coming up with a solution to what was an LGFA problem.

The fact is, the Camogie Association and LGFA would find it very difficult to exist were it not for the co-operation and goodwill of clubs and counties who share their facilities with the ladies organisations. There is no compulsion on the GAA clubs to do so, but in keeping with the tradition and spirit of the playing of Gaelic Games, these organisations are welcomed into pitches all the time.

But, there is a catch and it is this - at the present time the growth in popularity of ladies football and in some regions camogie, is enormous and the number of girls playing one or both codes is on the rise all the time. This means that the demand for pitches is on the rise also and if there is not some level of co-operation or joined up thinking on the part of these two bodies, there will be plenty more tension and trauma going forward.

We have seen first hand in Tipperary the problem with dual players being asked to tog out on the same day to represent their counties or clubs in different codes, often at other ends of the country. How exactly does this serve either Association or County Board well? It doesn't - in fact it makes a mockery of them and at the end of the day, it is the players - the Associations lifeblood remember - who suffer.

The number of dual ladies players, particularly at club level is very high - a brilliant complaint to have. So, surely it would make sense for these groups to come together when the issue of fixtures is concerned - afterall the GAA manages pretty well to accommodate two codes in hurling and football.

Were the three Associations to merge into one, how exactly Sports Council funding would be awarded, could be the major impediment to the marriage.