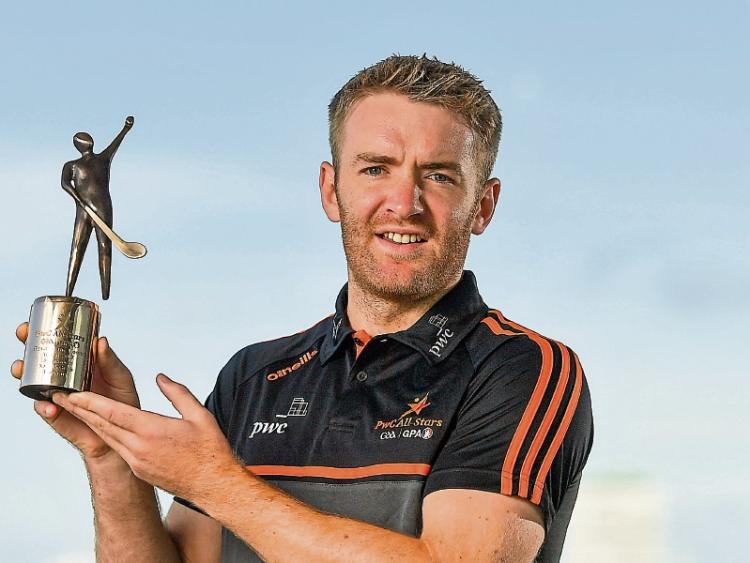 In a normal year club teams would now be getting back into gear. The initial surge of enthusiasm would be well underway, with programmes in place to shed those winter pounds and ramp up fitness levels. The first week in March would likely be a target date for the start of the county leagues.

But this is not a normal year and uncertainty has prevailed.

Despite the disruption that all of this causes, clubs are still beavering away in the background, putting in place management teams to be ready for road once the starting pistol fires.

It’s an annual ritual now for clubs, one that starts pre-Christmas with the hunt for managers and coaches to drive their hopes in the new season. Some will stay in-house but the majority spread the net wide in what has become a lucrative market for some over the years.

For others, to use the old cliché, it’s a labour of love. The buzz of involvement with a team and the prospect of achieving success can be payment in itself.

Anyway, this week I’ve decided to do a brief survey of the shakers and movers on the circuit, especially in the southern half of the county with the rest to follow next week.

The disruption caused by the coronavirus meant unfinished business in some areas of the county in 2020, including the south division where their senior final between Killenaule and Carrick Swans awaits completion. The expectation appears to be that it will be the first item on the agenda whenever action resumes.

Killenaule got to the semi-finals of the Seamus O’Riain Cup last time, where they fell to Lorrha, but overall they had a year in which injuries proved unkind. Manager Kenneth Browne and coach Raymie Ryan guided their fortunes and the same pair remain in situ for 2021.

A return to fitness and form by Bubbles in 2021 would be a major boost to the Robins, for whom the south championship and the Seamus O’Riain remain realistic targets.

Ironically, if and when that delayed south final takes place, a Killenaule native will guide Carrick Swans against his home parish. Tony Shelly’s CV includes a very notable stint with St Mary’s, Clonmel, including county minor hurling A wins in 2015/16.

Subsequently he served with Killenaule and was on the county minor ticket with Paul Collins last year when they ran out of luck against Limerick in the Munster final.

His credentials then are soundly based, as he takes charge of a club that has struggled a bit since their last south win in 2017. Last year they fell to Mullinahone in the quarter-finals of the Seamus O’Riain.

The south division will this year be down to just four senior sides after Ballingarry dropped to intermediate last year, losing the relegation final to Sean Treacys. In truth the drop wasn’t a shock because they’d been battling to hold their senior status for a number of seasons.

Incidentally this year they look to ex-county minor and U21, Donal Shelly, as manager and Swan’s Derek Hogan as coach to try and revive their fortunes. An immediate bounce back from relegation is always the most desirable route.

Elsewhere in the south division St Mary’s embark on the new season with Brendan Cagney as manager and Barry Shortall, New Inn, as trainer. When Mary’s won the county intermediate title in 2017, they had the backdrop of those minor wins from previous years and the hurling future of the town looked promising. Since then, however, they’ve struggled to hold their ground.

Last year St Mary’s needed a narrow relegation win over Sean Treacys to hold their senior status and this year the club will celebrate the 40th anniversary of their sole south title from far-off 1981. They remain in the shadow of Commercials, despite Seamus Kennedy’s profile as a double All-Ireland winner. 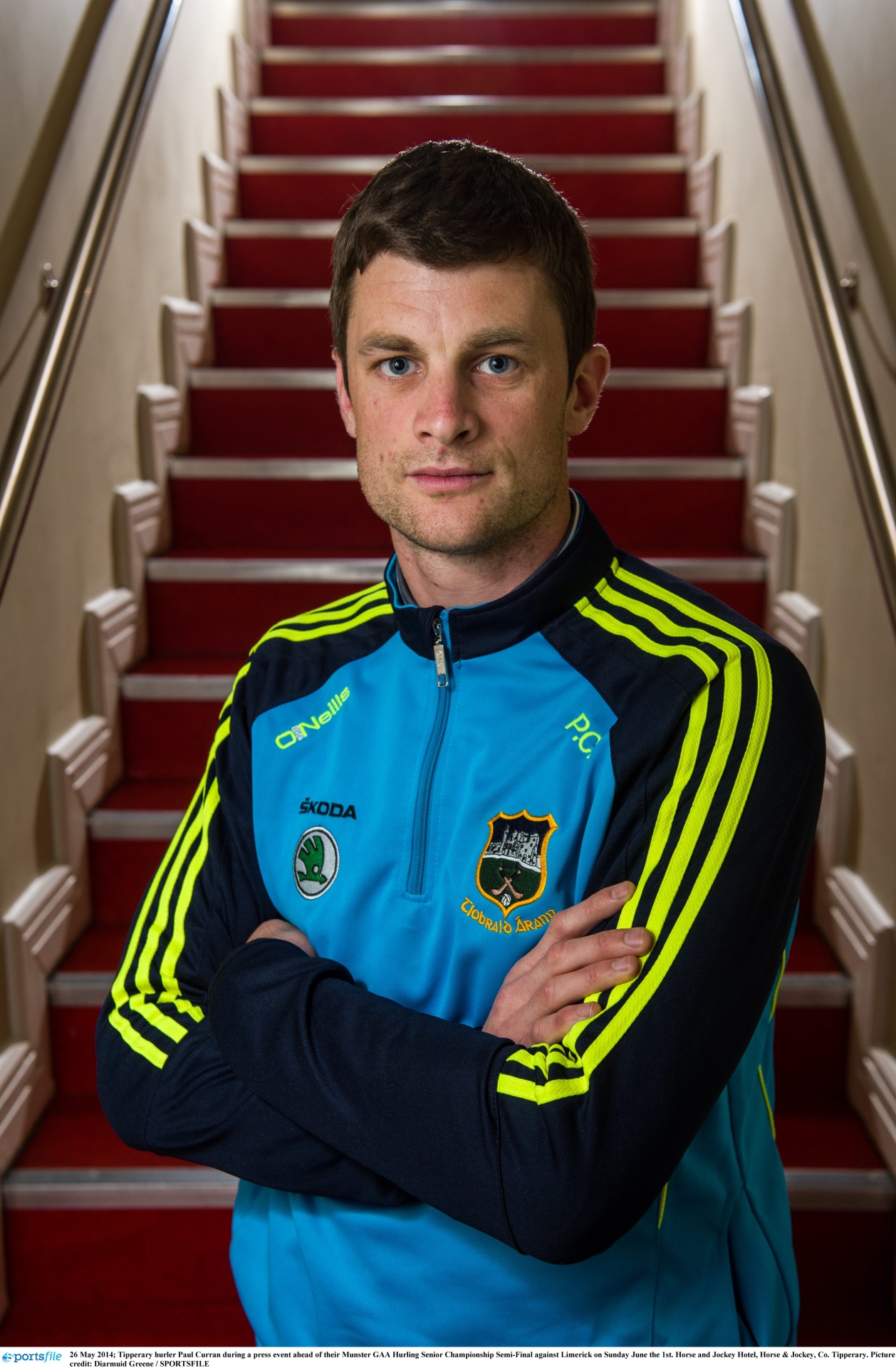 Above: Paul Curran has been a great servant for Mullinahone over the years

For Mullinahone, 2021 will offer significant challenges, as they step up a grade following their memorable Seamus O’Riain win last year. For some of us it was a win that came unexpectedly, though with warriors like Eoin Kelly and the Currans in their midst perhaps we shouldn’t have been so surprised.

They fully deserved it on the day against Lorrha and perhaps it was the semi success over highly fancied Newport that was the pivotal moment in their season.

What happens to Mullinahone when players like Eoin Kelly and Paul Curran finally stow the boots away is a moot point. There was some evidence of younger players making a mark last year but the Kelly/Curran axis still remains the fulcrum of that team.

Winning the south is always a possibility but surviving in the Dan Breen will be a huge challenge for Sean O’Regan and his management team.

The west division, likewise, is a four-horse race. For a few years the very viability of the senior championship was at stake before Cashel KC and Sean Treacys earned promotion to join the ever-present Clonoulty and Eire Og Annacarty.

If you think Dublin’s stranglehold on the All-Ireland football championship is an issue, then how about Clonoulty’s suffocation of west Tipp hurling. Apart from a few interruptions by Annacarty they’ve ruled the roost, this year going for their second six-in-a-row in fifteen years.

One suspects that over-familiarity may have devalued the west medal somewhat because this is a club that always looks beyond the division – and with good reason. They consistently punch at the highest level so their 2018 county win shouldn’t have been as big a surprise as many people thought.

Last year Clonoulty lost out at the quarter-final stage to Loughmore. Paddy Bourke, as manager, brings continuity to the job once more in 2021; he’s well regarded and respected. Winning the west would seem routine once again. The real challenge comes when they pass Clogher on their way to Thurles.

Eire Og Annacarty have been Clonoulty’s main (only?) challengers in the west for many years now. At times punching above their weight, they regularly win admirers for their spirited togetherness as a team, often getting the maximum from limited resources. Few epitomise the personality of the club better than Brian Fox.

If Mullinahone wonder what will happen when the Kelly/Curran influence slips away then Annacarty surely fret over the prospect of a team without the Fox/O’Brien element.

Last year, perhaps, gave them a foretaste in what was their poorest season in recent memory. A relegation final win over Burgess saved their status – it was their sole victory of the series.

This year ex-player, Liam O’Dwyer, takes charge with assistance from people like Conor O’Brien, Eoin Bradshaw and Diarmuid Ryan. They’ll always fancy their chances in the west but beyond that they face a tough time in the Dan Breen.

Cashel KC are a team that will be watched with interest this season, given the possibility of a major injection of new players if all transfer requests go to plan.

Ryan O’Dwyer has returned to the fold and despite being in his mid-thirties has the potential to offer significant leadership. His tearaway, fearless style might be just the type of cutting edge to compliment the younger element of King Cormacs.

Then if the Kickhams transfers get through it will be a further boost to a team that already has the lift of Eoghan Connolly graduating to the Tipperary senior panel.

The Kickhams players would potentially supply them with a goalie, full back, centre field and forward, all with inter-county experience at some level. Not a bad capture, though that entire issue is still some way off resolution.

On the management side, perhaps not surprisingly Cashel KC have looked outside the club for leadership. Templemore-based Garda pair, Dave Givens and Brian Foley, a Limerick man and a Nenagh man, will seek to police what might potentially be quite an eclectic mix of players. Interesting times ahead.

Finally, Sean Treacys complete the west Tipp line-up after escaping relegation last year with that final win over Ballingarry. After their great win over Kiladangan in the 2019 county intermediate final, Treacys struggled to find their feet in the higher grade; that relegation win was their only success in the county series.

They’ll obviously hope that last year’s experience will see them better prepared to consolidate their position this time. I note that their management includes Niall Butler and Thurles man John Connors as coach.

Theo also did it in the 1963 Munster final, the one that got away to Waterford. I’m grateful to Seamus O’Doherty’s painstaking research for the above information.

I was alerted also during the week by Muiris Walsh to an interesting aspect to Theo’s expertise with the line ball. He operated at a time when the linesman placed the ball rather than the player, which meant there was no teeing up like we see nowadays. It adds yet another notch to Theo’s many accomplishments.

P.S. I have been asked to highlight an issue concerning player injuries in the coming season. In a departure from previous years, the association’s injury fund will not cover loss of earnings in 2021. Reduced income due to the pandemic is cited as the reason. A serious issue for sure, one that players need to be aware of before the new season commences, whenever that will be.