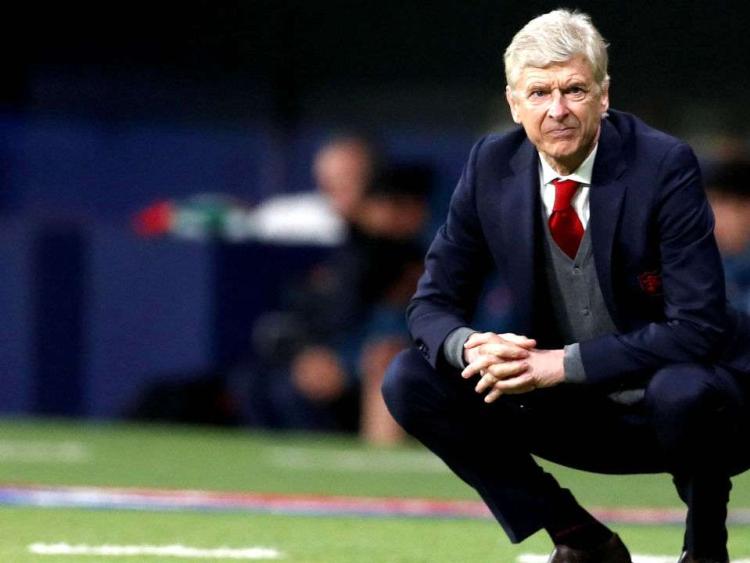 The Frenchman, affectionately known as 'Le Professeur' offers some tremendous insight into the development of players first and then elite athletes under his command.

Sports managers of all disciplines are constantly seeking to find an extra edge when it comes to preparing their players for the biggest up-coming events, be they All-Ireland Finals, Olympic Games, World Cups or PGA championship.

They seek out experiences and insights from other codes to try and gain advice into what it takes to be a winner; how best to get inside the head of the athlete and where inspiration can be derived from.

Very often those same managers will devour autobiographies of some of the best in whatever sporting business you care to mention in the hope of finding a nugget which could well be the difference in helping to tip the scales.

Perhaps then a read of former Arsenal Manager Arsene Wenger's 'My Life in Red and White' might have been on the night table of those seeking inspiration. And, if it was, they might well stick on page 62 where the Frenchman, affectionately known as 'Le Professeur' offers some tremendous insight into the development of players first and then elite athletes under his command.

Wenger writes: “Many coaches come into the job without having been players and without having spent time in 'centres des formation' where everyone from the youngest children from the age of five -teenager (15-17) is developed. I was lucky to have had experience of these centres in Strasbourg and then at Cannes, and as a coach I still had an interest in training and development, in the stages that make it possible for players first to acquire technique ( between 7 and 12) and then to develop physically (between 12 and 16), then to deepen their mental resilience (between 17 and 19) and finally between 19 and 22 to acquire which is critical, like the roof of a house without which all the rest rots away; intelligence and motivation. It is a long term job.

“The players grows up, goes through all these stages, and places himself at the service of the game. That should be his only religion. Serving the interests of the game, taking the optimal decision in each situation they are faced with, even if this sometimes means going against individual temptation.

“A player cannot understand this all at once. They need time; to receive the ball, to battle against opponents, to weigh up the risk of losing the ball, and then to come to the decision. The coach's role is to help make the player understand everything that serves the interest of the game. To do this he must speak to the child within each player, to the adolescent he was and the adult he is now. Too often the coach only tends to speak to the adult; issuing commands for performance, for victory, for reflection, to the detriment of the child who is playing for pleasure, living in the present.

“I have always tried to protect my players from stressful environments and to make them live in the moment of the game, free of any threat of judgement and fear of consequences.”

How many modern day GAA coaches encourage their players to play as a child plays, with instinct, abandon and freedom? How many encourage individuality and self expression on the field of play, bringing flair, excitement and thrill to the table?
The answer, unfortunately, is few enough. Coaching manuals have dictated that many of the modern day coaches work from a pre-ordained programme - a programme which is being followed by every other coach in the country as well. Now these manuals are brilliantly designed and certainly work wonders for giving players the basic skills of the games.

Drills and structured training are very important in the formation of the player, but what happens when the game begins? Too many coaches would seem to be attempting to control what the player does each time he/she gets the ball on the field of play. There is now huge emphasis on working through a process when in possession - a pre-set, pre-ordained, well drilled method of working the ball from one sector to the next with purpose. The gameplay is designed to benefit the team to the maximum - use their strengths to create winning situations. Tactics are similarly devised to create those winning situations - even at the expense of some of the players on the field.

You almost expect such circumstances to prevail when it comes to the serious end of Gaelic Games - adult championships, inter county play etc. But, surely at underage, players should be allowed to play like children, to play for fun, to play because they like to play?

Thankfully, most coaches engaged in the formative years are sensible enough to recognise the importance of such an understanding introduction to the games. But, there have been situations where this is not the case, where the coach is more determined to create winners rather than players. It's a dangerous route to go down and club officials must understand that juveniles need to enjoy their games and not be pressured by the hunt for silverware.

Of course there will always be a competitive element to games - what good would games be without competition, you might say? But time enough to have competition midway through the teenage years.

Every player who picks up a hurley or kicks a football from the age of four wants to get to Croke Park on All-Ireland Final day. But only 2% of all GAA players get to represent their county team -that means that 98% will be grassroot players and that means that coaches have a real responsibility to ensure that these players continue to play the games, continue to enjoy the games and continue to love the games. That means winning and losing - even Arsene Wegner lost more than he won.