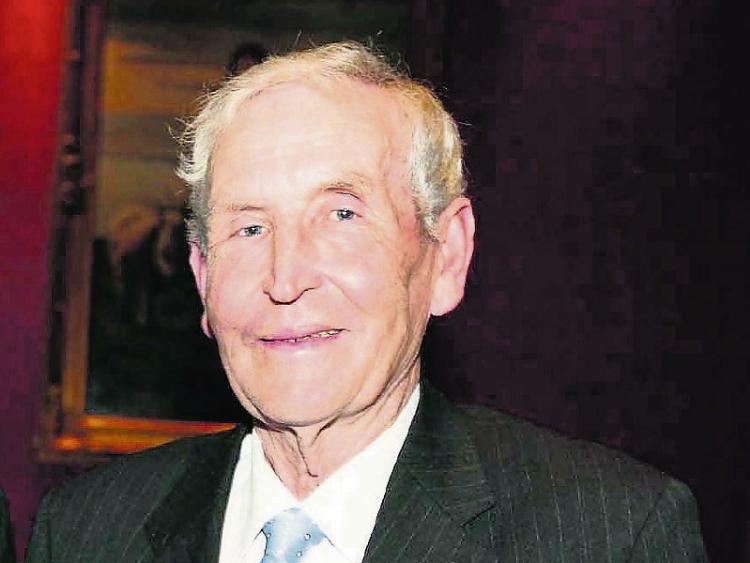 Tom McLoughney, who died last Saturday, won All-Ireland senior hurling medals with Tipperary in 1961 and 1962, as well as many other honours

The Tipperary hurling community is this week mourning the loss of another link to the golden era of the sixties, following the passing of Tom McLoughney, Kilruane MacDonaghs.

Tom’s career with Tipperary’s seniors was brief but bountiful. He was involved from 1960 to 1963, winning back-to-back All-Irelands in ’61 and ’62 as well as three Munster medals and two National Leagues. Not a bad scoop for such a short innings.

He was at the centre of a major controversy following the 1961 Munster final. Tipperary beat Cork in Limerick in a tense match. The game was effectively decided in the first eighteen minutes when Tipperary goals from Donie Nealon (two) and Jimmy Doyle set up an interval lead of 3-3 to 0-1.

Christy Ring, then in his 41st year, scored the Cork point from a free and might have had a goal early on but for an exceptional save by Tipperary goalie, Donal O’Brien.

With Theo English and Liam Devaney dominating midfield, Tipperary kept control in the second half and in a last desperate effort to turn the tide Cork brought Ring from corner forward to centre forward to mark John Doyle, who was playing in the unfamiliar number six role. Ring was then a man in his forties playing on the forty in a Munster final.

Twelve minutes from the end, with Tipperary still nine points up, the controversial incident happened. Doyle became entangled on the ground with Ring, others joined in and in the ensuing scuffle Tom McLoughney was struck on the head and had to be helped from the field. In all he received twelve stitches above and below the eye.

But who struck Tom McLoughney? That became the burning question of the day, on a par with who shot J. R. Ewing? The fallout led to a major brouhaha at the time and the mystery lived on long after the events of that July day.

The late Val Dorgan was Ring’s clubmate at Glen Rovers and a well-respected reporter with the Cork Examiner at the time. His much-acclaimed 1980 biography of Ring devotes an entire chapter to the McLoughney incident.

Dorgan wasn’t reporting that day but was at the match in Limerick and initially had no doubt that Ring had struck McLoughney. Later his view changed.

More pertinently John D. Hickey of the Irish Independent named Ring as the striker in his Monday morning report.

Val Dorgan quotes the relevant piece by Hickey: “the exchanges were always mercilessly hard, but there was only one flare-up of any consequence when John Doyle and Christy Ring became enmeshed in a catch-as-catch-can or punch-as-punch-can on the ground eighteen minutes after the restart.

This was unseemly enough but it was deplorable that Ring, after arising, should strike Tom McLoughney with his hurley, causing the Tipperary man to be assisted from the pitch with a head injury. Numerous other players became embroiled but the incident would hardly have qualified for mention but for Ring’s action.”

All hell broke loose in the aftermath of Hickey’s report. Mick Dunne had also named Ring as the culprit in his copy to the Irish Press, but the paper sensed danger and removed Ring’s name.

However, people could still read between the lines with the following paragraph: “at the end of a long and illustrious career, this game added no lustre to Ring’s reputation and as one who has so often been thoroughly enchanted by the artistry of this greatest forward of them all – and recorded my praise of his achievements when praise was due – there can only be condemnation of his behaviour yesterday.”

Seán Óg Ó Ceallacháin had apparently used Mick Dunne’s account for his RTE report on the match (he wasn’t present) - including the naming of Ring as the offender. However, he quickly withdrew the accusation when Cork responded.

Ring denied he had struck McLoughney and the Cork County Board clearly believed him, taking legal action against Hickey and the Irish Independent. Through county secretary, Con Murphy, later president of the Association, Cork demanded apologies from Hickey and O’Ceallacháin. The latter immediately acceded but Hickey held out.

The issue escalated, with threats to bar John D. from future games and the NUJ responding in kind with a threat to “black” all GAA activity among its 700 journalists and photographers. When Hickey turned up to cover the Cork senior football final, he was refused press facilities and in turn he refused to cover the game from the terraces.

Val Dorgan and another Examiner journalist, Dick Cross, stood by Hickey and their action landed them before Cork County Board on charges of bringing the association into disrepute. However the board voted against the charge, much to the annoyance of Con Murphy.

Ring was outraged that his Glen Rovers team mate hadn’t backed him and Dorgan details a confrontation where Ring took him by the throat in the back of a car shouting “renegade, you are a renegade to Cork and the Glen.” They later became friends again.

In hindsight it’s amazing just how heated this whole affair became. Eventually John D. Hickey relented, withdrawing the accusation against Ring, and the stand-off was defused.

John D. probably sensed he was on shaky ground when Cork were adamant that another player was prepared to stand up in court and admit that it was he, and not Ring, who struck McLoughney.

So, the issue remained, who struck Tom McLoughney? It’s amazing how people’s certainty about what they saw can become a lot less certain under scrutiny. It reminds one of that classic film Twelve Angry Men, where the jury’s initial position is gradually eroded as layers of prejudice and presumption are peeled away.

Val Dorgan’s initial certainty gradually weakened, as he realised he may have looked away at a crucial moment as he checked the whereabouts of Matt O’Gara. There were thousands at the game but no consensus on who delivered the stroke that felled Tom McLoughney.

Who was it? In private it’s generally accepted who the culprit was but to my knowledge the name has never been published in any format so for the moment, at least, I’ll have to abide by that code of omerta. Suffice to say that it definitely was not Christy Ring. The press got it wrong. 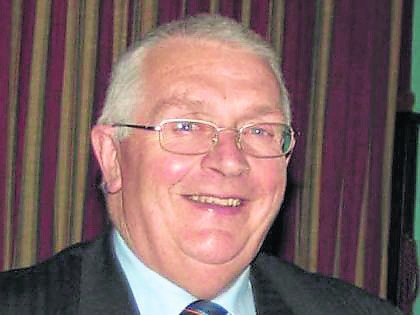 John Costigan (pictured above) was a friend and, for a time, co-selector of a Tipperary team with Tom McLoughney. He knew and admired the man and his comments during the past week made for interesting reading, especially for someone of my generation who never saw the Kilruane man in action.

On the 1961 controversy Costigan’s remarks are very revealing: “there was a huge fuss about Christy Ring supposedly hitting Tom off the ball in the 1961 Munster final. Tom hated that stuff, but made it clear he knew Ring wasn’t the Cork player who struck him.

“Tom believed in leaving matters on the field. The Ring family really appreciated his honesty. Willie John Ring, Christy’s brother, visited Tom in Tipperary for years, and vice versa. They had a tremendously warm relationship.”

On Tom Moloughney’s hurling Costigan is equally informative: “Tom didn’t make the Tipperary minors, but starred for Kilruane in the 1959 senior final against a brilliant Thurles Sarsfields side.

“Tom’s display was massive in keeping that game competitive. He was a big, raw full-forward, in the old style. But the Tipp selectors were impressed and called him in for the league, and he developed.”

It’s 60 years since the events of that July day 1961 and most of the protagonists are no longer with us. Tom McLoughney now joins them in the blue beyond. May he rest in peace.

Not for the first time in recent months, what I’d expected would be a minor item near the end of the column has grown to become the main focus. You go checking out some details and then you get carried away on a tangent. At least that’s my excuse.

Congress fallout was to have been the headline item here so it will have to do with a more cursory treatment now and more detail to follow next week.

Motion 13, limiting championship teams to 16, has drawn most notice but with the wrong emphasis in my view. All the focus has been on the breaking of the divisional link with little thought for other, more important, consequences.

The divisional link is a throwback to another era and my negative view of it is influenced by decades of witnessing the disruptive influence it can have on the smooth running of championships.

Imagine holding up the county championship for a south Tipperary winner who then happens to be a Seamus O’Riain team and hasn’t a snowball’s chance in a preliminary quarter-final? Teams in the Dan Breen are there by right and none should be there by divisional entitlement.

For me the bigger issue with the new instruction, and one clubs have yet to engage with, is the consequences for the Seamus O’Riain and intermediate championships.

Let’s repeat it once more: the 16 Seamus O’Riain teams are no longer senior sides; they have been relegated en masse to intermediate level. Perhaps they might be called premier intermediates. Either way the winners will go forward to the Munster and All-Ireland intermediate championships.

As for the present intermediates, they can either stay as a standalone competition/tournament going nowhere – like Seamus O’Riain at the moment – or become the junior grade. That’s the stark choice.

The fall-out from Congress 2021 will be far-reaching and, I suspect, the clubs haven’t even started to take proper note.