The View: It's time to open the sporting facilities - let the kids return to the field 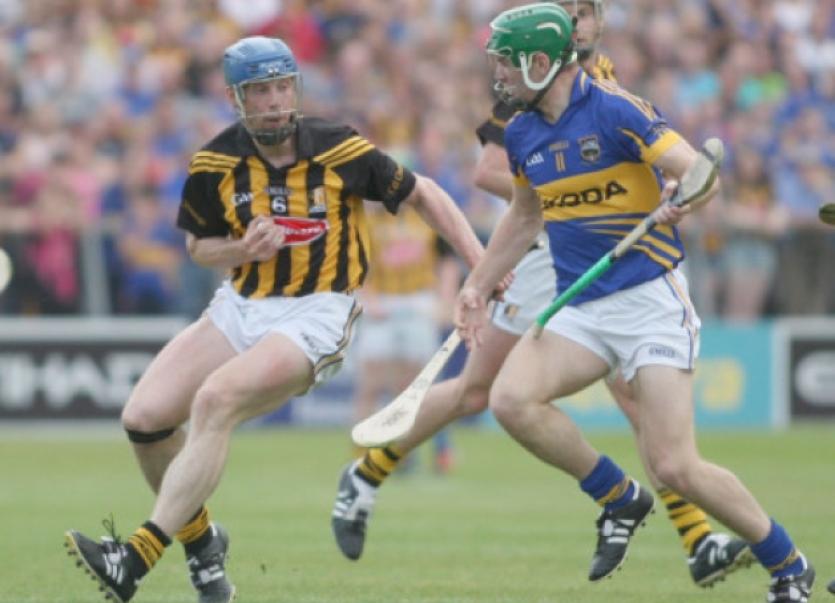 Oh to have the games back again

Watching some of the international soccer games at the weekend, it was heart warming to hear actual crowds cheering on the play.

Will they? Won't they? Should they? Can they? When? And how?

These are all the questions currently circulating throughout the world of GAA Wattsapp groups right now as the debate rages on about whether or not the government will lift restrictions on group training next week.

It's acually difficult to see how anything other than a return to play instruction can be articulated - were there to be further delays, it is likely there will be civil war in Ireland.

Granted the numbers of people infected daily with Covid-19 are remaining stubbornly high, but surely the country cannot be shut down indefinitely. People are at their wits end at this stage - the hair is growing out over their ears and now that the long evenings are in, everyone is getting the itch to get out and about, down to the field, off the match, or even just to travel outside their 5km limit - did you ever hear such rubbish? 5km wouldn't take you to the nearest crossroads in some parts of rural Ireland, Tipperary included.

It's time to open the sporting facilities - let the kids return to the field, to training in small groups as happened with great success nine months ago. Each club had to put in place Covid protocols and they did it, despite the huge job of administration it entailed. But, the powers that be dictated the terms of agreement and let's be honest, clubs would have agreed to anything to get back in the groove.

Doesn't it seem crazy to think that school going children from age four to nineteen can sit beside each other in class; play in the school playground; eat lunch together; and be in each others space; but cannot go down to the local field to train in the open air? Good luck with trying to find logic in that, because there is none. Absolutely none.

It's great that the kids are back in school again - they badly needed to get back there, and the last group to return will pack their schoolbags again in time for the April 12, post Easter break. Apart from the essential element of actually being in school to get the noses into the books, there is also the whole social side, which was sadly missing. Online learning served a purpose of sorts, but there is nothing like the real thing - being in there in the classroom, engaging with the teachers and classmates, learning off each other and doing so without a screen.

The social side is also a major loss for those kids when it comes to sport. Many clubs have engaged in online training sessions with panelists logging in through their phones and trying to follow the various drills and exercises. Those efforts are to be lauded and fair play to all those who have engaged. But, it's time to get off the screens and onto the grass now.It's time to populate the GAA fields, avail of the long evenings, the fresh air, the group exercise and the fun - after all, fun - that's why people lace their boots in the first place, is it not?

Let's hope that when the state of the nation addresses begin - we already have the drip feed of leaks in the meantime - there will be a coherent, non contradictory, straight forward message from the government - something that, frankly, we have not had for well over a year.

Sport is but one part of the overall national picture - many would say it should not carry as much weight as it does, but it's probably fair to say that a very clear picture has emerged over the last fourteen months as to what life would be like without sport. The sense of well being; the positive mental vibes; the testing of oneself against an opponent or the clock; the drive to get faster, stronger, fitter and more skillful; the cameraderie associated with team games; the determination associated with individual sports; the joy in following your team, be it parish or county; the thrill of victory; even the agony of defeat. All of these challenge test the psyche of the participant, gives them something to aim for, to train for, to live for even. They have been place din the attic for too long at this stage and it is time to allow them back into light.

Watching some of the international soccer games at the weekend, it was heart warming to hear actual crowds cheering on the play. How great it was to hear the cheers, the whistles, even the booing when decisions went against the home side. You'd almost have forgotten what it was like, but with a bit of luck we might get to hear a bit of all that in GAA venues before the end of the year.

For now though we'll settle for the thud of ash on leather, or leather on pigskin.
Here's hoping.