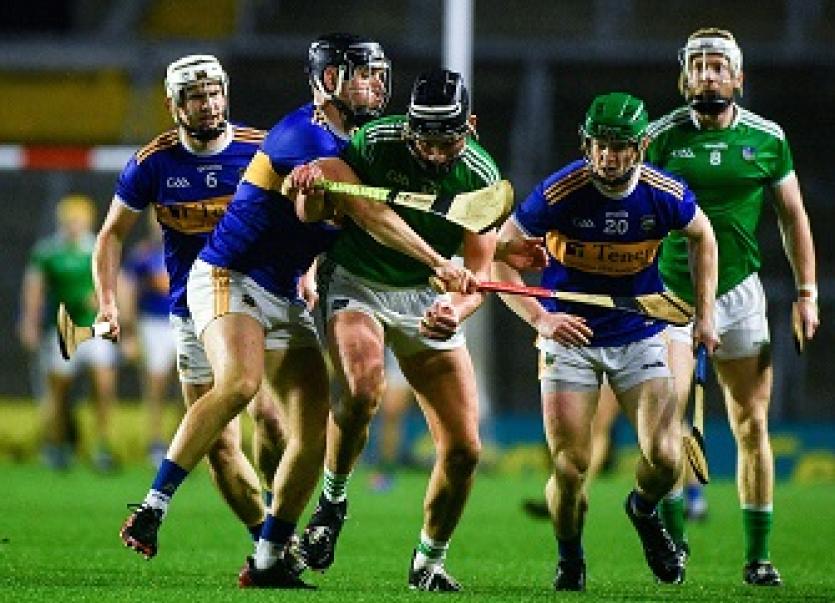 The sides clashed at LIT Gaelic Grounds in Limerick this afternoon

It was honours even in the opening round of the Allianz NHL tie between Tipperary and Limerick at the LIT Gaelic Grounds this evening after a fine contest which could very easily have gone either way.

Tipperary travelled into the heart of Limerick to play out a game which was level on nine occasions and it was Limerick who had to come from benhind to force the draw - they scored six points to Tipperary's eight after the water break to claim a point from the contest.

Limerick were 0-7 to 0-5 in front by the water break, but Tipp turned the tables on them to score seven points, to Limericks five after the break - Jason Forde accounting for 0-6 of Tipp's total, with Ronan Maher hitting two magnificent long range scores also.

For Limerick, David Reidy had bagged 0-5, while Seamus Flanagan was benefitting from great ball from outfield to score 0-3 from play.

Tipperary hit six points before the second half water break with all the scores coming from Jason Forde placed balls - Adrian Breen and Peter Casey getting two for Limerick.

It meant that Tipp were in a very good position as the last quarter approached with a 0-18 to 0-14 lead and the breeze behind them.

However, Limerick brought on their big guns including Lynch, Hegarty and Casey and they were to find the scores to tie up the game with David Reidy grabbing four in the last ten minutes to go along with Seamus Flanagan and Peter Casey points.

One aspect which will perhaps worry Liam Sheedy was the fact that Jason Forde bagged 0-14 of Tipp's total.

Next up for Tipperary is Cork in Semple Stadium on Saturday evening next at 7:30pm.