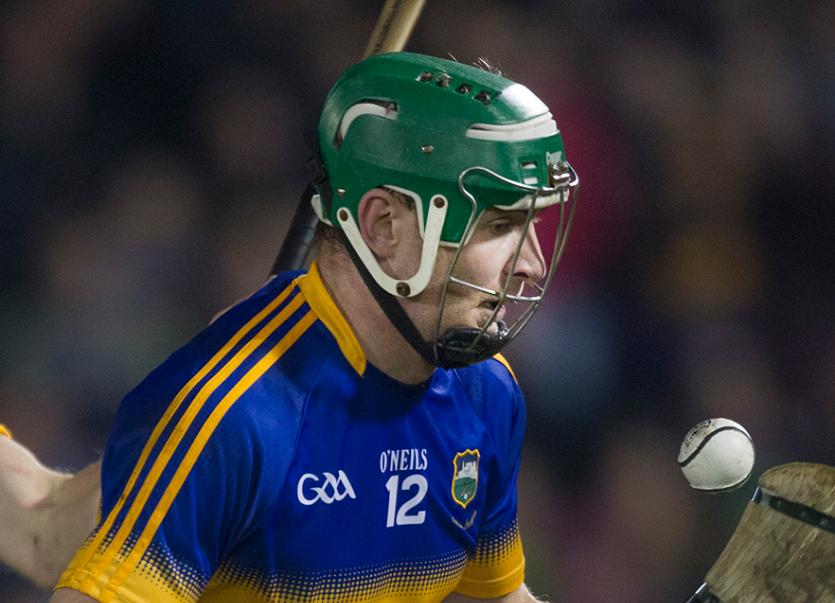 Draw specialists Tipperary earned their first win of the national league when they had five points to spare over Galway at Semple Stadium this afternoon.

First half goals from Jason Forde and Noel McGrath proved crucial as Tipp finally got off the mark following draws with Limerick and Cork in their opening two games.

​In a largely error-strewn encounter, Tipp finished strongly to finally kick start their campaign, after they experienced a wobble following their second goal, scored by Noel McGrath.

Galway found themselves seven points behind when McGrath raised the second green flag after 30 minutes. But a sequence of points brought them right back into the picture and their recovery was complete when Conor Cooney equalised in the 38th minute.

A  Noel McGrath point edged Tipp back in front but Galway were very much in the ascendancy at this stage and a score from Brian Concannon brought them level again before the same player put them ahead for the first time in the 45th minute (2-8 to 0-15).

Tipp's prospects of victory looked in real jeopardy after they were outscored by 0-9 to 0-1 in the space of 15 minutes either side of the interval. But they recovered their composure and finished strongly down the home stretch.

They never looked back after Brendan Maher levelled the scores for the fourth and final time in the 51st minute. As Tipperary girded their loins for a final onslaught, Jason Forde (from a free), Ronan Maher and another Forde free​ had them moving smoothly​, with Johnny Coen re​plying​ with ​a ​point​ to keep ​Galway's​ interest alive.​

​Then in the 67th minute ​Jarlath Mannion received a red card following an altercation with man of the match Cathal Barrett, an incident that left the Tipp defender on the ground.​

The gap was down to a point when Evan Niland was on target for Galway, but Tipp held their nerve when it mattered and weren't to be denied. Bubbles O'Dwyer's third point was answered by an Evan Niland free but Tipp drove on impressively in the dying embers of a game that had now entered additional time.

Michael Breen plucked a ball out of the air before shooting a great point and Ronan Maher quickly followed up with another from way out the pitch. Tipp embellished the victory with further scores from Michael Breen and Paul Flynn.

There was much more energy about this performance than was witnessed in Tipp's first two games. Captain Noel McGrath directed operations impressively while Bubbles O'Dwyer offered further evidence that he is gradually rediscovering his sharpness.

Jason Forde is leading the attack in fine style and this time enhanced his display with scores from play to add to his impressive haul of ten points from frees against Cork.

Paddy Cadell started brightly at midfield before feeling the pace of the game in the second half. There were many stars in a steely defensive performance that prevented Galway from creating any goal scoring chances.

Cathal Barrett received the man of the match award while Ronan Maher, Robert Byrne, Barry Heffernan, Padraic Maher and Seamus Kennedy weren't too far behind him either, while goalie Barry Hogan had a relatively stress-free afternoon.

Tipp led by just two points at the break (2-7 0-11), despite their advantage standing at seven only six minutes earlier​, following ​their second goal.

That came on the half-hour mark when Jason Forde and Noel McGrath, the same combination that had carved open Galway's defence for the opening goal, again traded passes, this time Forde supplying the ammunition for McGrath to find the net.​

Jason Forde, a player high on confidence at the beginning of this campaign, struck a great opening goal in the fifth minute when he was teed up by Noel McGrath's stylish flick.

Forde had given his side the lead after a minute with a free steered between the posts from from inside his own half, similar to his monster equaliser against Cork the previous weekend, only this time dispatched in a different direction towards the town end.​

However despite finding themselves in arrears by 2-7 to 0-6, Galway produced a stirring response to Tipperary's second goal. Joe Canning (two frees), Kevin Cooney, Conor Cooney and Brian Concannon all struck unanswered points to trim the deficit to a very manageable two points, at the end of a half in which Tipperary clocked up nine wides to Galway's four.