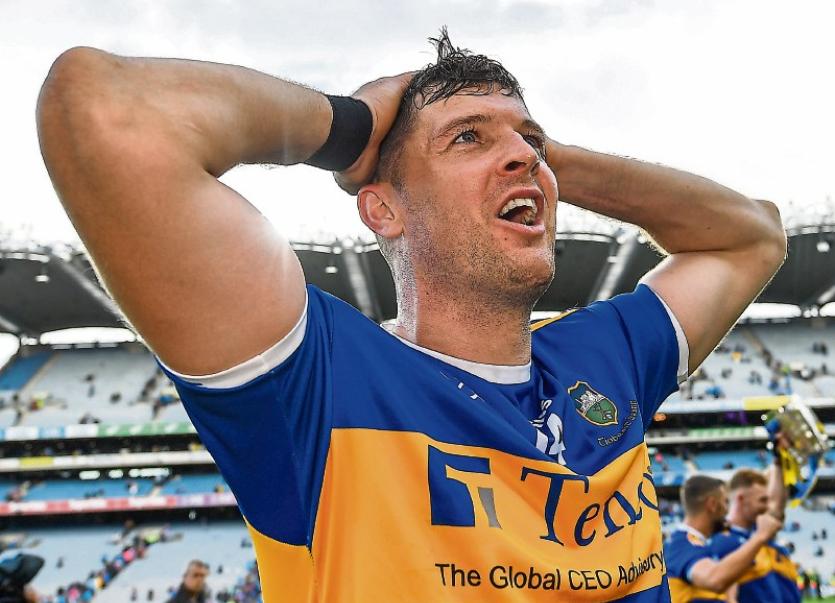 Seamus Callanan made his return for Tipperary this afternoon in Cusack Park, Mullingar

Tipperary had their fourth Allianz NHL tie at Cusack Park, Mullingar this afternoon

As expected Tipperary were comfortable winners in the fourth round Allianz NHL tie at Cusack park, Mullingar this afternoon as Liam Sheedy's men put the hosts Westmeath to the sword with am impressive showing - the only blot on the copybook being the staright red card to defender Robert Byrne in the last quarter.

A game which was never in doubt, Tipperary showed some great touches in the blazing sunshine and were able to afford  to  empty the bench also before the game concluded.

Tipperary started in a whirlwind and had two points on the board inside a minute from Michael Breen (10 seconds) and Seamus Callanan (45 seconds). And, by the water break they had opened up a 0-7 to 0-4 lead, but the big talking point was the number of wides - nine in 18 minutes of play, to go along with the other scores from Jason Forde (2), Barry Heffernan, Brendan Maher and Noel McGrath.

Westmeath had three from Killian Doyle frees, whule Robbie Greville had their only score of the first segment from play in the 10th minute.

However, by the half time break, Tipp had extended the lead to 1-15 to 0-7, and the main reason was that they had found their range, and cut down on their erratic shooting - only two wides in the second quarter, and a goal from John McGrath in the 34th minute helping them to establish the sizeable gap.

Tipp had a penalty goal in the 7th minute of the second half when Westmeath corner back Daragh Egerton was sin binned for a foul on Jason Forde  who rattled the net - he scored another goal in the 12th minute to set up a 3-21 to 0-11 lead by the second half water break. But, Tipp lost defender Robert Byrne in the 14th minute for a silly flick back on a Westmeath attacker who had pukced the ball away as he was about to take a sideline ball - the Portoe man's red card left his Manager shaking his head.

Tipp rounded off the game with a fourth goal from sub Mark Kehoe who bagged 1-2 upon introduction.