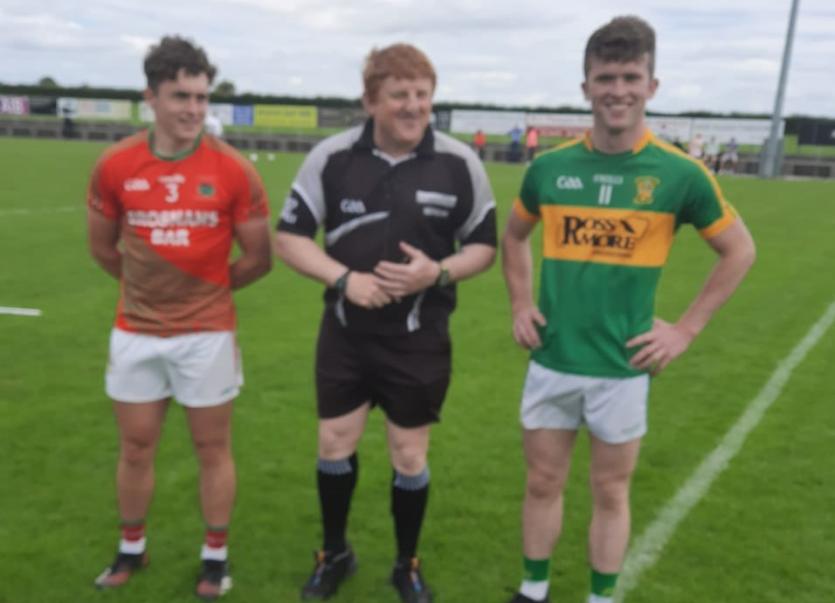 They defeated Cashel King Cormacs in the semi-final this week

By: John O’Shea at New Inn

Clonoulty/Rossmore made it through to the 2020 Shane Hennessy Agri West Intermediate Football Final when they overcame an under-strength Cashel King Cormacs at New Inn on Bank Holiday Monday. This game signalled the resumption of games in the West Division due to the lifting of Covid-19 restrictions.

Played in good conditions, before a small attendance, on a well-maintained pitch, this game never lived up to expectations as Clonoulty/Rossmore had too many aces in their pack. Their defence, led by the Ryan (Winnie) brothers, Mikey and James, ably backed up by Conor Hammersley and Donncha Quirke in central positions, snuffed out the forward threat of the town men.

It took five minutes for the opening score, a point from full forward Cathal Bourke, to get the game moving. Mikey Ryan, operating a right half back, made the first of his up field attacks and scored at the far end to double their lead. Tom Clarke cut the deficit for Cashel before a period of Clonoulty pressure yielded further points from Aaron Ryan (Rody), Jimmy Ryan (Con) and Jack Ryan. A well taken goal from the evergreen Will Ryan had them in a good position at the water break as they led 1.6 to 0.1.

After the water break, Mikey Ryan (Winnie) kicked his third point, before Jack Ryan and Enda Heffernan stretched their lead out to ten points. Two goals in quick succession around the twenty seventh minute essentially killed off the game as a contest. Cashel had been defending well with Conn Bonnar, Michael Coleman and James Cummins prominent, but the continuous pressure from Clonoulty took its toll. Cashel’s wayward kicking from their attack didn’t help their cause as time and time again the wides added up. Enda Heffernan gathered a ball from keeper John Devane, cut through the hearth of the Cashel defence and gave Gearoid Slattery no chance with a low shot to the corner of the net. Cathal Bourke quickly followed up with another green flag before substitute Tomas Skeffington pulled a point back for Cashel to leave the half time score, Clonoulty/Rossmore 3.9, Cashel King Cormacs 0.2.

Cashel, aided by the breeze, wanted a good start to the second half and Tomas Skeffington duly obliged with a super goal after eighteen seconds. Ross Doyle, who was always threatening in attack, cut through the heart of the Clonoulty defence and his goal bound shot was tipped over the cross bar by goalkeeper John Devane. That was as close as Cashel would get to breach the Clonoulty rear-guard, but Ross Bonnar kicked two good points in the final quarter. Two further goals from substitutes Odhran Quirke and Gary Donnelly in the closing five minutes saw Clonoulty through to their first Intermediate Football final since 2017.

Cashel never gave up, though chasing the game from the off. As already stated, Conn Bonnar, Michael Coleman and James Cummins never gave up at the back. Their forwards, particularly Ross Doyle, Robert White, and Aaron Moloney were always posing a threat to the Clonoulty defence.