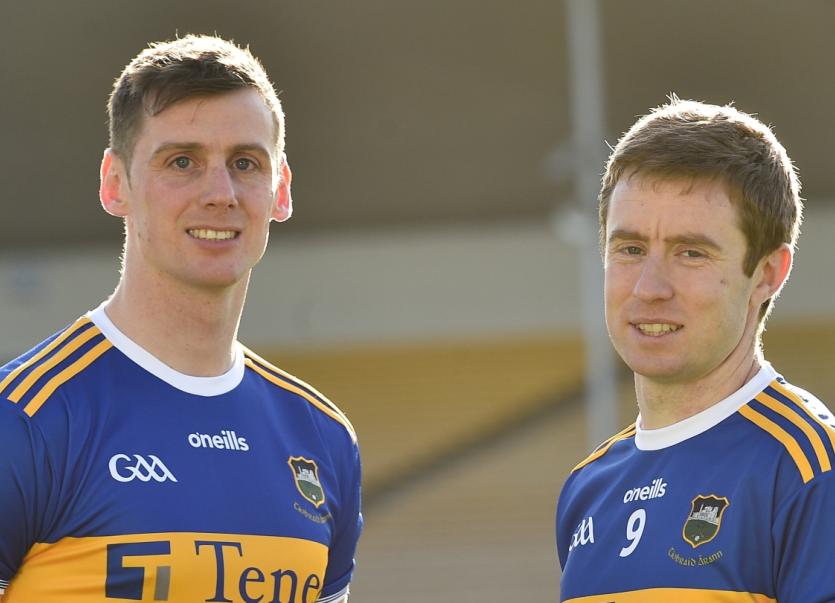 Just over six months on from that unforgettable victory over Cork in the Munster senior football final last November, Tipperary head for Longford on Sunday to fight for their lives in an attempt to avoid relegation to Division 4 of the National League.
It’s hard to believe after the heroics of that first provincial championship win in 85 years, achieved against Cork in Páirc Uí Chaoimh, that Tipperary could find themselves in such a precarious position a few months later. But it is as it is now, and David Power’s side will need to produce their best performance of 2021 if they are to retain their status in Division 3 and avoid a drop down to Division 4 for the first time since 2014.
It has been a hugely disappointing campaign from the outset for the reigning Munster champions, dogged by injuries and bad luck, with just one win out of three, a home fixture against Wicklow sandwiched between away defeats to Limerick and Offaly. Disadvantaged by the original fixtures draw itself when Tipp were granted only one of their three fixtures at home, it went from bad to worse when they lost the toss for the play-off game with Longford. Consequently Tipp head for Glennon Brothers Pearse Park on Sunday (3.45) for a game that manager David Power has described as “our All-Ireland final.”
While injury and lady luck have gone against Tipperary to date, the elephant in the room is that without so many of their first-choice players since last November the team has struggled. While many of the younger players coming in have performed well in different games and are getting valuable game time in the process, the reality is that up to now the gaps haven’t been filled. 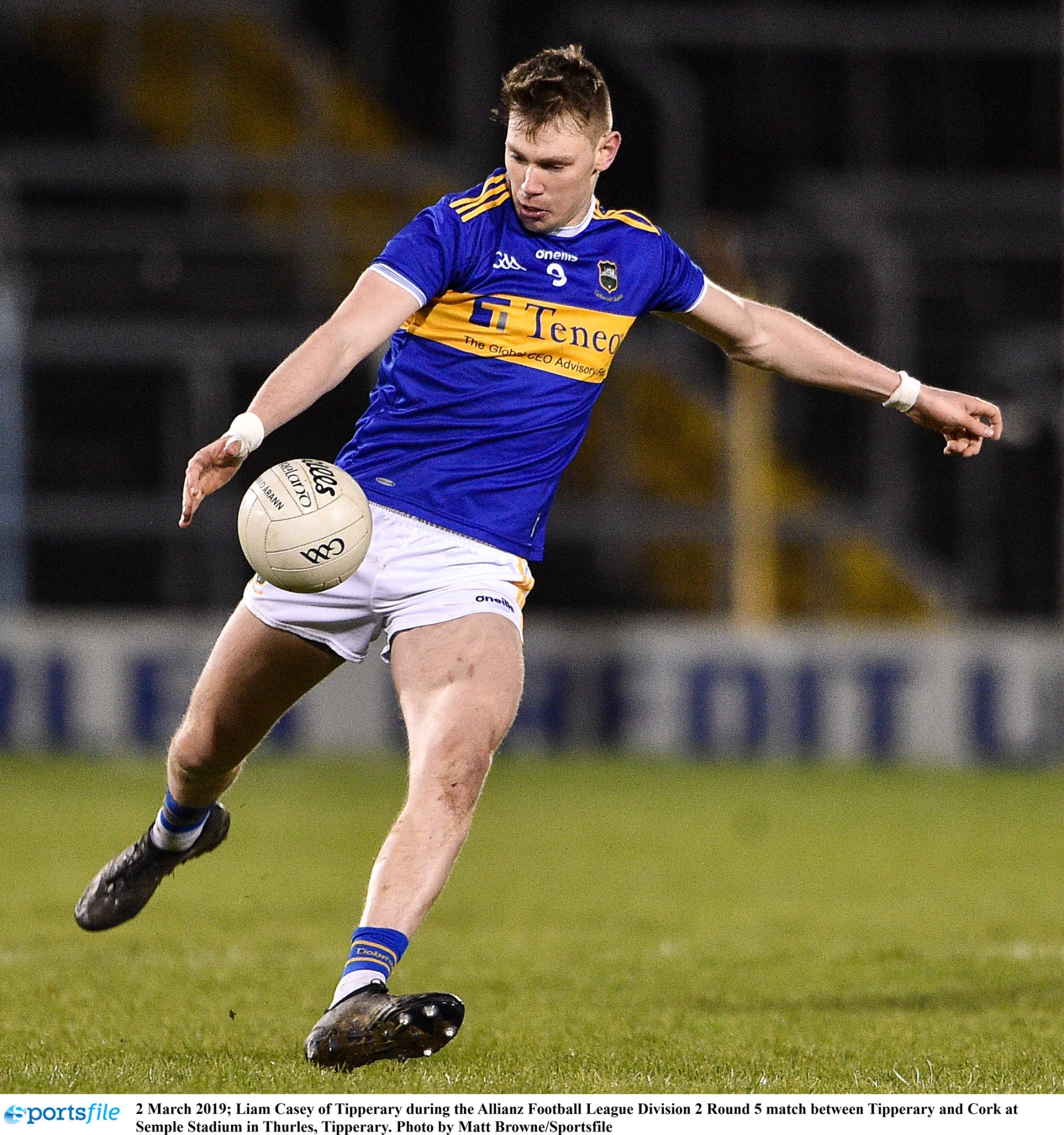 Above: Liam Casey has been a big loss to Tipperary this season

And that’s not a criticism of anyone, everyone is giving their all - but suddenly fielding without the likes of Michael Quinlivan, Liam Casey, Robbie Kiely, Colin O’Riordan and up until last week Bill Maher and Kevin Fahey - that has been a huge void to fill.
Strength in depth in any panel is of paramount importance, and after their victory over Tipperary at O’Connor Park last week, Offaly manager John Maughan acknowledged that fact. In his three years at the helm of The Faithful he has been building a panel and when enforced injuries hit before the Tipp game, crucially he was able to call on a lot of valuable experience from the subs bench.
At the end of 2020, Tipperary’s fantastic year was acknowledged with four All-Star nominations - Conor Sweeney, Colin O’Riordan, Bill Maher and Kevin Fahey, and while O’Riordan is now back in Australia, both Maher and Kevin Fahey only returned the last day, both coming on as subs.
Another noticeable loss has been Philip Austin, who has retired; the Borrisokane man had been a regular impact sub over the years and that trump card has also been taken away from David Power.
On the field of play Tipp, according to the manager, in his analysis of the games - three in 14 days was a huge demand - the biggest problems have been breaking ball, turnovers and the speed of transition from defence to attack.
That latter issue of turning defence into quick attack was highlighted most in the Offaly game when Tipp struggled to break down a well-organised Offaly rearguard. However, when you take out the complete championship winning half-back line of 2020 - Maher, Fahey and Kiely - one can understand how the issue arises. Breaking ball and especially unforced turnovers have been costly also, David Power very disappointed with so many turnovers conceded in Tullamore.
As Tipperary head for Longford on Sunday, it is according to the manager all about “getting bodies right and how many we can get right.” 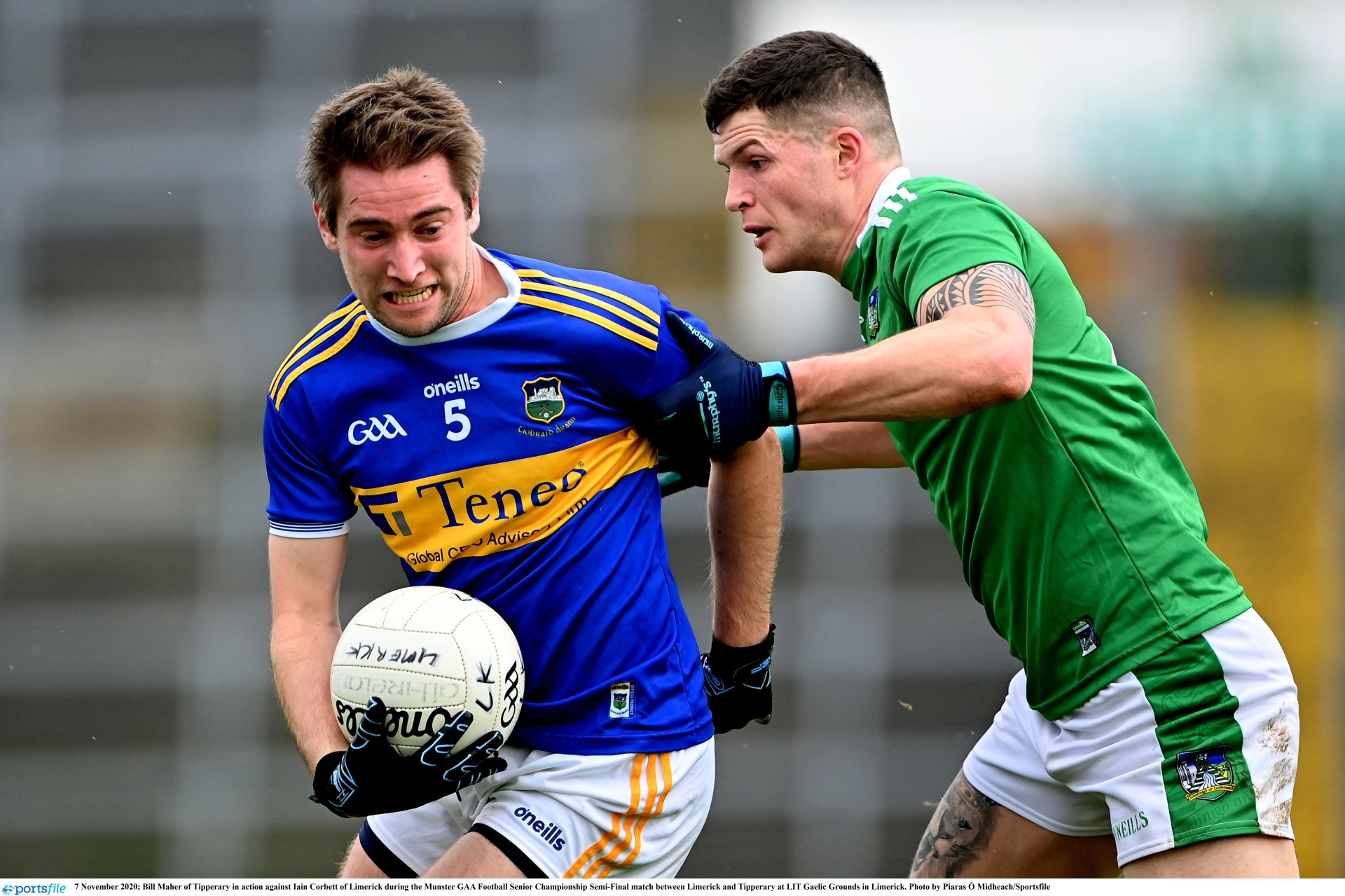 Above: Bill Maher (left) is on the comeback trail following injury

Nine different players came on against Offaly with Sean O’Connor, Emmet Moloney and Colm O’Shaughnessy all being forced off injured. Both midfielders, Steven O’Brien and Conal Kennedy, were forced to finish the game carrying knocks, such was the length of the casualty list. How these injuries recover before the weekend will have a huge bearing on how things might pan out against Longford.
On a positive note both Bill Maher and Kevin Fahey did return from injury to come on against Offaly and the addition of these two experienced wing-backs - assuming they have come through that run out - will be a huge boost for the trip to the midlands.
Perhaps the only plus so far of this league campaign is that it has given David Power an opportunity to introduce plenty of younger players and give many others valuable game time.
Goalkeeper Michael O’Reilly started against Limerick and Wicklow, Moyne/Templetuohy’s Conor Bowe and Clonmel Commercials’ Sean O’Connor have also been figuring prominently while Conal Kennedy continues to grow into the midfield role with impressive performances particularly against Limerick and Wicklow. Philip Ryan, the ex-Dublin player, is another who has done well in his appearances so far, getting a goal against Wicklow on his debut and earning a penalty against Offaly, converted by Conor Sweeney. The St Brigid’s man also kicked three good points the last day.
Playing at home will be a huge advantage to Longford who will be buoyed following their draw away to Fermanagh in Enniskillen on Saturday week last, the hosts only forcing a draw with a very late point. Fermanagh had defeated Ulster champions Cavan in their first round game so Longford’s latest performance is a form line that indicates the extent of the task that faces Tipp in their fight to stay in Division 3.