The View: Goals crisis in hurling? What goals crisis? 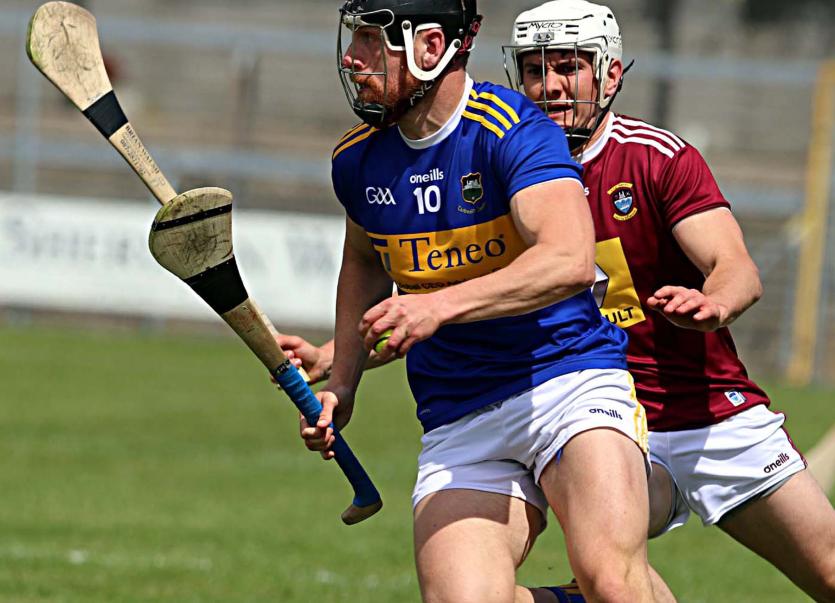 Dan McCormack in action for Tipp against Westmeath at the weekend

The nets are rattling again

Where has the hurling goals crisis gone to?

A few weeks ago, we were bemoaning the fact that goals just could not be bought in the Allianz National Hurling League, but since then, normal service appears to have been restored.

Nineteen goals were scored in six games at the weekend and Tipperary accounted for four of those against Westmeath in Cusack Park, Mullingar.

But, the pick of the ties appears to have been the score fest in Salthill where Galway and Waterford occupied the umpries no end in a game which saw the Tribesmen bounce back from their defeat at the hands of Tipp.

So, Tipperary will now head off to Walsh Park on Sunday next to encounter the Liam Cahill coached side which will be smarting from their defeat in Salthill.

Again, All-Ireland champions Limerick failed to rattle the net. Mind you, when you are firing over 33 points in any game, there's a fair chance that you will be successful.

Limerick recorded their first win of the campaign and they did it in style.

Elsewhere, Darren Gleeson's Antrim worked the oracle again as they salvaged a draw against Wexford - Davy Fitzgerald was again put to the stand in this game after an altercation with the Portroe man. The retired custodians union was not required to sort out the issues between little and large - the two coaches were seen having a laugh after the game having sorted out their differences. Gleeson in Antrim; Paidi O'Neill in Westmeath; Liam Cahill and Michael Bevans in Waterford; Johnny Enright and Timmy Hammersley in Meath; Brendan Cummins in Kerry; Ken Ralph in Clare; any more takers? The Tipperary gospel is certainly being spread throughout the hurling kingdom.

Camogie Victory
Bill Mullaney's camogie girls got a much needed boost with their win over Offaly in the league quarter final at Kilkenny on Sunday. A great first half set the tone for their win and they must now go to Nowlan Park, Kilkenny next Sunday to tackle the hosts in the semi-final - playing them is a tough assignment at the best of times, but doing it on away soil makes the task even more difficult.

The camogie girls will be looking for a good solid performance from this game as they look towards the championship and if they can get that, they will be in a decent position as they continue their preparations.

Ladies footballers Crux
The story is a bit different for the Tipperary ladies footballers who shipped another heavy defeat at the weekend at the hands of All-Ireland champions Dublin. That was three defeats from three outings, and the next game at the weekend against Westmeath is of vital importance now to Tipperary. They must do all in their power to stay in the division - relegation would be a massive backward step and Coach Declan Carr will be stressing the importance of doing the simple things right when they take to the field again. Of course the absence of Aishling Moloney for most of the game through injury didn't help their cause while Emma Morrissey was also a big loss. Getting them right for the relegation game will be a big challenge and could have a big say on whether Tipp remain in division 1 or not.

Speaking of staying in the division - the footballers have a massive task in front of them too when they take on Longford in another away game. Defeat will see Tipp back in division 4 - an unthinkable scenario at the start of the campign. But that is the reality which faces them now and it will take a mighty effort to back out of this corner. The only thing is, we know that this bunch of footballers tend to fight best when they are cornered.

Club games return
At long last, the GAA fields of Tipperary are seeing competitive action from this week on. It's great to see the excitment in the divisions as the match fixtures make their way into the public domain again. And, with a number of the divisions seeing out their 2020 competitions, there will be plenty to cheer about. They are all wished well as they make the return - let's hope it all goes well and the crowds will be back in great numbers very soon. Even 100 spectators help to create an atmosphere at the games and this certainly spurs on the players.