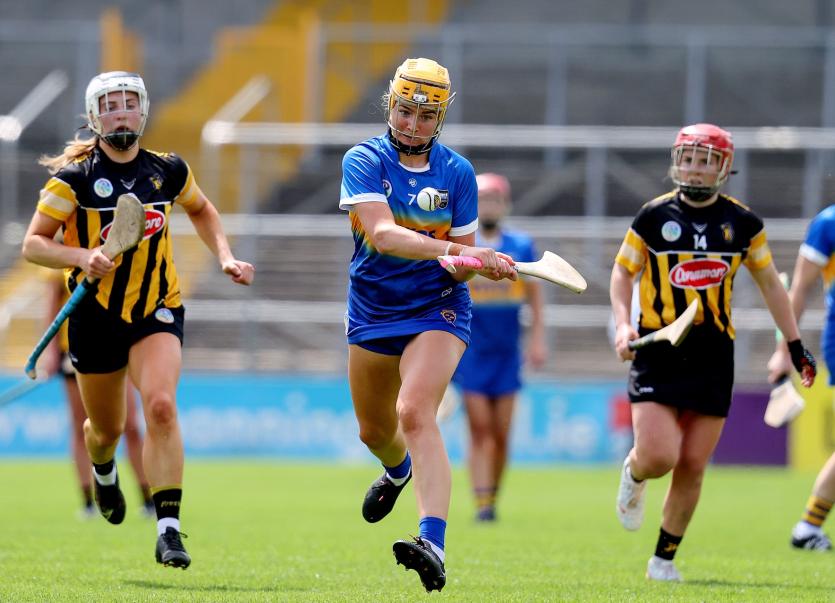 Tipperary senior camogie Manager Bill Mullaney faced up the countless media duties after watching his side lose a place in the Littlewoods Ireland National League Final thanks to a late late Kilkenny rally at the weekend. Clearly gutted but buttressed by the pride that clearly coursed out of him by virtue of the efforts of his players, and their tremendous application of a game plan that befuddled their vaunted opponents, the Coach said that they had given it everything and had no complaints.

“I thought we were impressive going forward. We put up 19 scores. And not to come away… we might have made a couple of mistakes but who doesn’t? We just got punished for them and that was the difference in the end.

“But this is camogie at this level. This is what you have to be doing. This isn’t a gimme sport. This is ladies at the top of their game for both teams.

“There’s no such thing as hard luck anymore. You’ve to make your own luck and we didn’t. That’s it. We’re experienced now. We’ve been around. We’re improving. We have to improve another small bit and keep going but it’s in us. I think if we get one, we’ll get a few but it’s getting that one. I think last year, if we’d got to play the final (Tipp had qualified before the League was cancelled due to Covid lockdown), even if we’d lost it, it would have crowned us and we’d have turned another corner. But our ladies today were absolutely fabulous. They left everything on the field. And if you lose after leaving everything on the field, you can’t complain.

“The belief is there. They want to play matches. They’ll be devasted for a week but they’re all athletes, they’re all GAA people, they know the give and take of this and they’ll get back around themselves.”