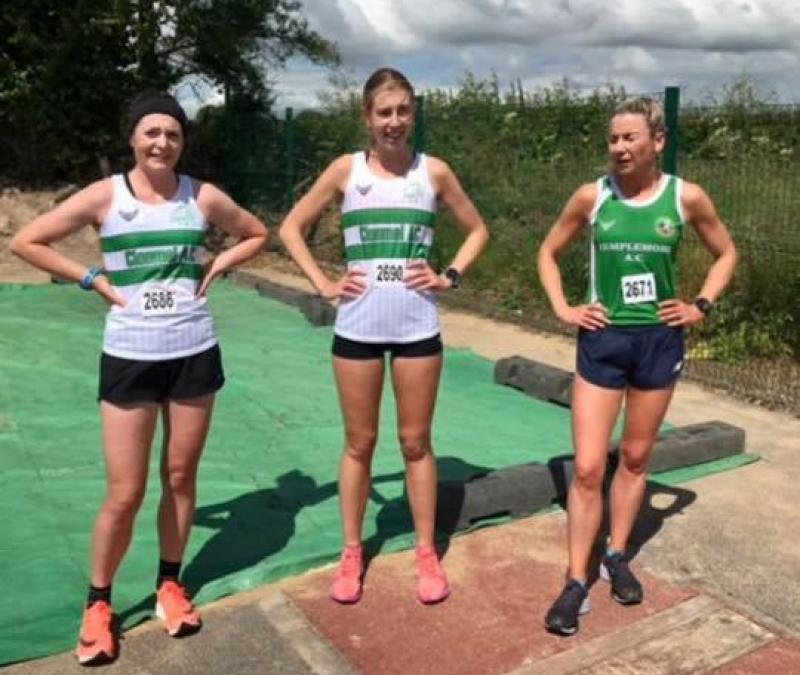 The County Novice Road Championships took place in Moyne last Sunday in summer like conditions. The County Board would like to thank all the clubs for such great support as we were treated to two high quality and quantity races. They would also like to thank Moyne AC for the trojan work they and their stewards did to ensure the whole event was so well organised in such trying times.
It was also great to see so many athletes competing in these races and great credit to all of them for maintaining such a high fitness level throughout the pandemic as we witnessed great performances. Indeed, it was great to meet and greet familiar faces from around the county from a safe distance, the atmosphere was brilliant.

MINUTE'S SILENCE
Just before the start of the women’s 3K race there was a minute’s silence in honour of Gillian Lawlor Ryan of Thurles Crokes who died so tragically last May and who was second in this race last year.
The women’s 3k event was first off and right from the start the Clonmel AC duo of Hannah Steeds and Maire Claire McCarthy went to the front and set a strong pace that soon had everyone in single line. Hannah gradually increased the pace that soon saw her draw clear of Maire Claire and opened a good lead, a lead she held all the way to the line to win very convincingly and a worthy Champion in 10 mins 24 secs.
Midway through the race we witnessed a battle for the minor placings as Evelyn Maher of Templemore AC joined Maire Claire. These two had a ding-dong battle for the next km where eventually, Evelyn opened a lead and kept it going to win the silver medal in 10 mins 41 secs with Maire Claire finishing strongly to win the Bronze in 10 mins 57 secs. For the record Louise Fogarty of Moyne was 4th in 11 mins 5 secs, 5th Patricia Ryan Dundrum AC 11 mins 9 secs and 6th Sharon Cantwell Moyne AC in 11 mins 13 secs. Anne Marie Halpin of Clonmel AC was 7th in 11 mins 27 secs, Elaine Horgan Clonmel AC 8th in 11 mins 37 secs, 9th was Catherine Fogarty of Dundrum AC in 11 mins 40 secs with Aisling Maher of Moyne AC finishing 10th in 12 mins 16 secs.
In the team event with three to score, the Clonmel team of Hannah, Maire Claire and Anne Marie won the gold medals on 11 points, thus retaining the title won last year. The Silver medals were won by the combined talents of the Moyne AC trio of Louise, Sharon and Aisling on 20 points. The Dundrum team of Patricia Ryan, Catherine Fogarty and Laura McCarthy Armstrong won the bronze on 30 points.