Preview: Stopping Limerick's three-in-a-row will be some challenge for Tipperary 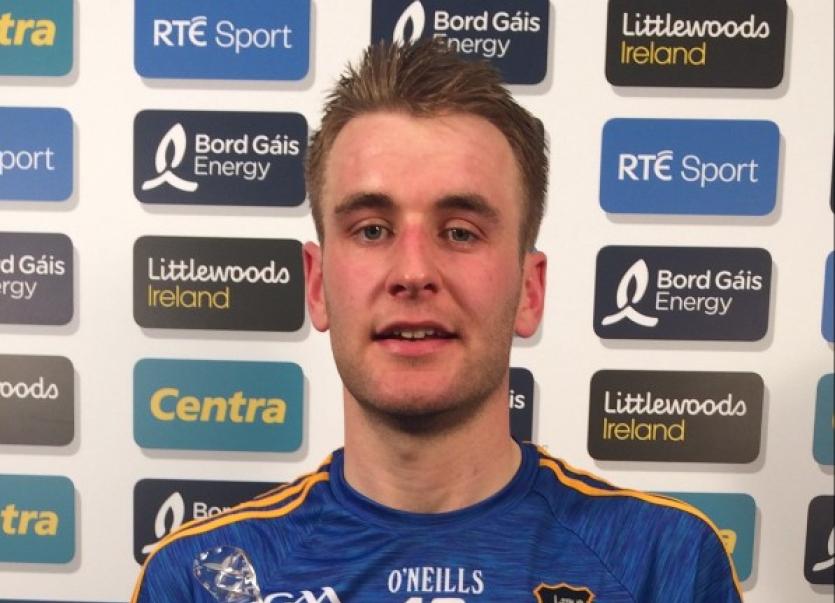 Tipperary currently have exactly twice as many Munster titles as Limerick - 42 versus 21 - but when it comes to All-Ireland's the situation is more dominant from a Tipp perspective - 28 versus 9.

Over the last two decades or so, you could probably count on one hand the number of times that the Tipperary senior hurlers have gone in to the provincial final as such underdogs.

The narrative which generally rears its head prior to these summertime dates usually suggests that the Premier County's top-of-the -ground hurlers just love the big occasion and are rarely enough found wanting.

Perhaps it is interesting to note too that when Tipp beat Limerick in the Munster Final of 2001, they went on to win the Liam MacCarthy Cup. But by contrast, when Limerick beat Tipp in the final of 2019, they failed to land the ultimate prize, with the title instead going to Tipperary who came in through the backdoor.

What all of this has to do with the big game on Sunday is difficult to ascertain, but it's fairly certain to state that Tipperary are underdogs for the game - perhaps by the largest percentage in two decades of clashes between the counties. Limerick are the hot favourites to claim the Mick Mackey Cup and if they manage to do so, they will have won the three-in-a-row for the first time since 1935 - they actually won four as they added that '36 title title to the '33 and '34 ones also, but came up short for the historic five when Tipp unexpectedly toppled them in the '37 final at Cork as the Premier County journeyed on to win the All-Ireland led by the great Jim Lanigan, with Ger Cornally, Tommy Doyle and Jack Gleeson being particularly impressive throughout the campaign.

Tipperary currently have exactly twice as many Munster titles as Limerick - 42 versus 21 - but when it comes to All-Ireland's the situation is more dominant from a Tipp perspective - 28 versus 9.

Limerick though have been closing the gap and many would offer the view that they are the outstanding team in the country since 2018 when they won the All-Ireland, thereby bridging the gap going back to 1973. Remember, Tipp were the '19 champs, but there are still those who claim that Limerick were the best team. Go figure that out, since Limerick didn't even make the final that year!!

Certainly, John Kiely's men have had the upper hand on Tipperary in their recent meetings and it will be very interesting to see how they square up against each other. Tipperary will have to be tactically astute to take them on, head-on, but at the end of the day, all the tactics in the world will not adequately account for power, pace, precision and a proliferation of point-scoring, which have been the hallmarks of the current Treaty bunch.

So then, what are Tipperary to do on Sunday in Páirc Uí Chaoimh? Well, they will try to do what they have tried to do against Limerick in previous meetings, but one would hope with more effectiveness. Other counties have shown the way in recent times as the Limerick lads struggled somewhat when they were plotted against. But, just like Liam Sheedy will be planning how to counter the massive middle-third press that Limerick engage in with such effectiveness, John Kiely will be anticipating Tipperary's approach and will be planning accordingly to circumvent their set-up.

Limerick will score points in this game - possibly over 30, as has been their way in recent seasons. But, Tipperary are well capable of running over those kinds of scores too. And, crucially, Tipperary are adept at creating goal chances too. Granted, they failed to take three of them against Clare in the semi-final, but at least they were creating.

If Tipp can limit Limerick's points tally from around the midfield area, they will be in with a real shot in this game. It will probably require Dan McCormack playing deep again and will result in a lot of pressure being put on the forward division in terms of workload. Limerick will have captain Declan Hannon sitting back and orchestrating things, so the onus will be on the Tipp forwards to unsettle him and the other suppliers of ammunition in a bid to decommission the sharp shooters.

Hard work will be needed to win this Munster Final for Tipperary - grafters and warriors will be as vital to this team on Sunday as the sublime sticksmen. So, while Seamus Callanan and John O'Dwyer, and Jason Forde will be wanted for flag raising, the likes of Dan McCormack, Niall O'Meara perhaps, Willie Connors, Alan Flynn and Michael Breen will be required for getting around the pitch, getting in the tackles & getting in the way.

If Tipp are to win on Sunday, more will be needed from Noel McGrath, Jake Morris and John McGrath. Noel's hurling brain will be needed in that crowded segment; Jake will have to up his workrate and offer resistance; while John McGrath needs to find his best form which has eluded him so far this season.

It promises to be an intriguing clash which requires all Tipp men having stomach for the battlefield.