Tipp GAA: A possible solution to the cynical foul problem?? 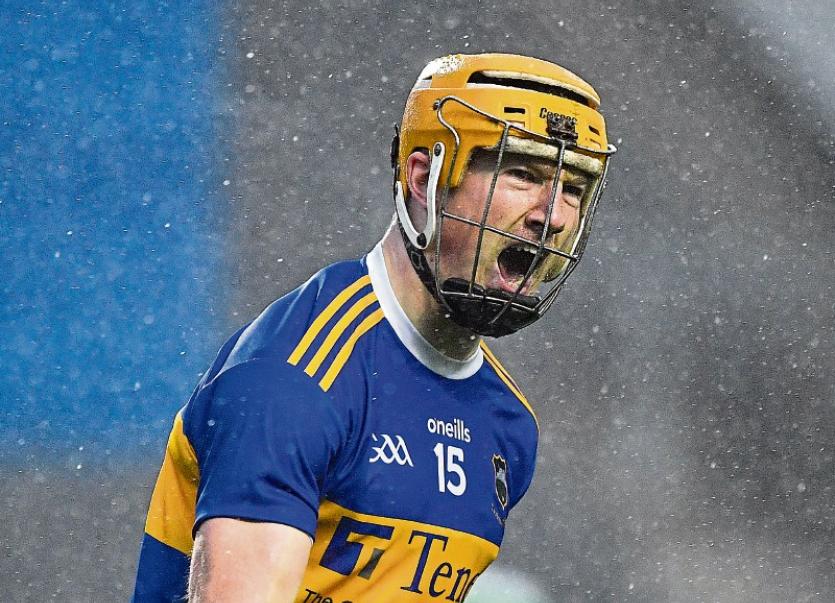 Widening the large parallelogram could help solve the problem for referees

Following the controversy which erupted after referee James Owens awarded Tipperary a penalty and issued a black card to Clare's Aidan McCarthy in the Munster semi-final, a number of suggestions have been put forward on how to tweak the rule.

Once inside the 21 yard line - the danger zone as it has become known - bringing a player down can result in a black card, as McCarthy found out.

However, Solohead man Oliver Coffey has come up with a potential solution to the problem - he suggests enlarging the large parallelogram to make it 21m x 40m ( up from 19m) and any cynical foul inside this area results in a penalty and black card.

That means widening this parrallelogram by approximately 10 metre either side of the goalposts, so the cynical foul area does not extend out to the sideline as presently exists.

This means that the referee has a much more narrow area to adjudicate and the lines clearly define the danger zone.

And, it is more likely that a player has a real chance of scoring a goal inside this enlarged parallelogram, rather than what occurred with Jake Morris when he took possession of the ball on the sideline and was taken out of it by McCarthy.
An interesting proposal by Oliver, no doubt.