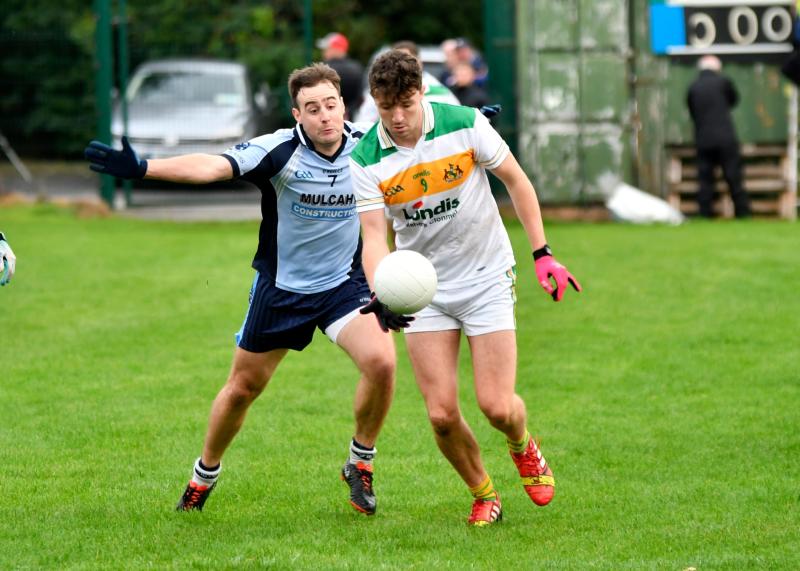 Clonmel Commercials captured the Clonmel Oil South Tipperary Senior Football Championship by virtue of a two points victory over Moyle Rovers in the final played under lights at the Duneske Sports Centre, Cahir on Friday night.

A storming finish with two late points after the 60th minute by Michael Quinlivan and Tadgh Condon saw them break the hearts of their arch-rivals Rovers who had put it up to the reigning county champions with a display full of courage and determination. But Commercials, like the champions they are, took everything the Powerstown/Lisronagh side could throw at them and finished with the last three points of the game to close out a very exciting and well-contested final.

If the South Championship is no longer the passage into the county competition it once was, there was no lacking in intensity from start to finish in this contest - the first senior game to be played by the South Board at the Duneske venue, whose excellent floodlights greatly added to the enjoyment of the evening.

Rovers had taken a two points lead into the half-time break, helped primarily by Liam Boland’s 13th minute penalty, but right from the restart the intent of the town side was evident with two quick points inside two minutes from half-backs Kevin Fahey and Jamie Peters to bring the sides level for the first time.

The two near-full-strength sides would be level five times in all during the exciting second period before that late spurt from Charlie McGeever’s side edged them over the line for a satisfying victory and continued bragging rights for the side in 'Green and Gold'.

Expectations beforehand were that the three-in-a-row seeking county champions would have too much in hand for their opponents and they set out their stall early with two points within two and a half minutes from Michael Quinlivan and Sean O’Connor.

Liam Boland, who was outstanding for his side all evening, kicked the first of his frees after five minutes for Rovers, but this was quickly answered by a free at the other end by Sean O’Connor for a 0-3 to 0-1 lead for Commercials.

A long ball in from Rovers' midfielder Danny Owens was caught and marked by Stephen Quirke who pointed to leave the minimum between the sides after 11 minutes.

Moyle Rovers hit the front soon afterwards with the game's only goal. A sideline ball quickly taken by Stephen Quirke put Shane Foley in space and when goalkeeper Michael O’Reilly fouled Foley, Liam Boland drove the resultant penalty down the middle to give Rovers a two points lead after 13 minutes.

Five minutes later Boland worked that magic left leg to good effect again when stroking over a 45, and it got even better for the 'Sky Blues' when Riain Quigley got on the end of a long delivery in the 24th minute to put his side four up. That point was Rovers first point from play though, a problem that was to stay with them all night - an over-reliance on captain Liam Boland’s scoring from placed balls.

By the break with the help of two late first half points from a Sean O’Connor free and a fine effort from play by Peter McGarry, Commercials had the deficit reduced to two points, and were probably satisfied enough to go in at the break trailing by 1-4 to 0-5 all things considered.

It might of been different for them though if Kevin Fahey had availed of a goal chance late on when he blazed wide with only Ciarán Kenrick to beat. Commercials hadn't helped themselves either with seven first half wides and 10 in total over the hour.

Within two minutes of the resumption it was all square following those aforementioned points from Fahey and Peters with the excitement building up nicely as the sides went all out.

A move from Rovers, initiated by a long ball in by Danny Owens to Riain Quigley set Dara Ryan up and while he finished with a point a goal was definitely on the cards with a bit more composure from Ryan who otherwise put in a powerful game over the hour. 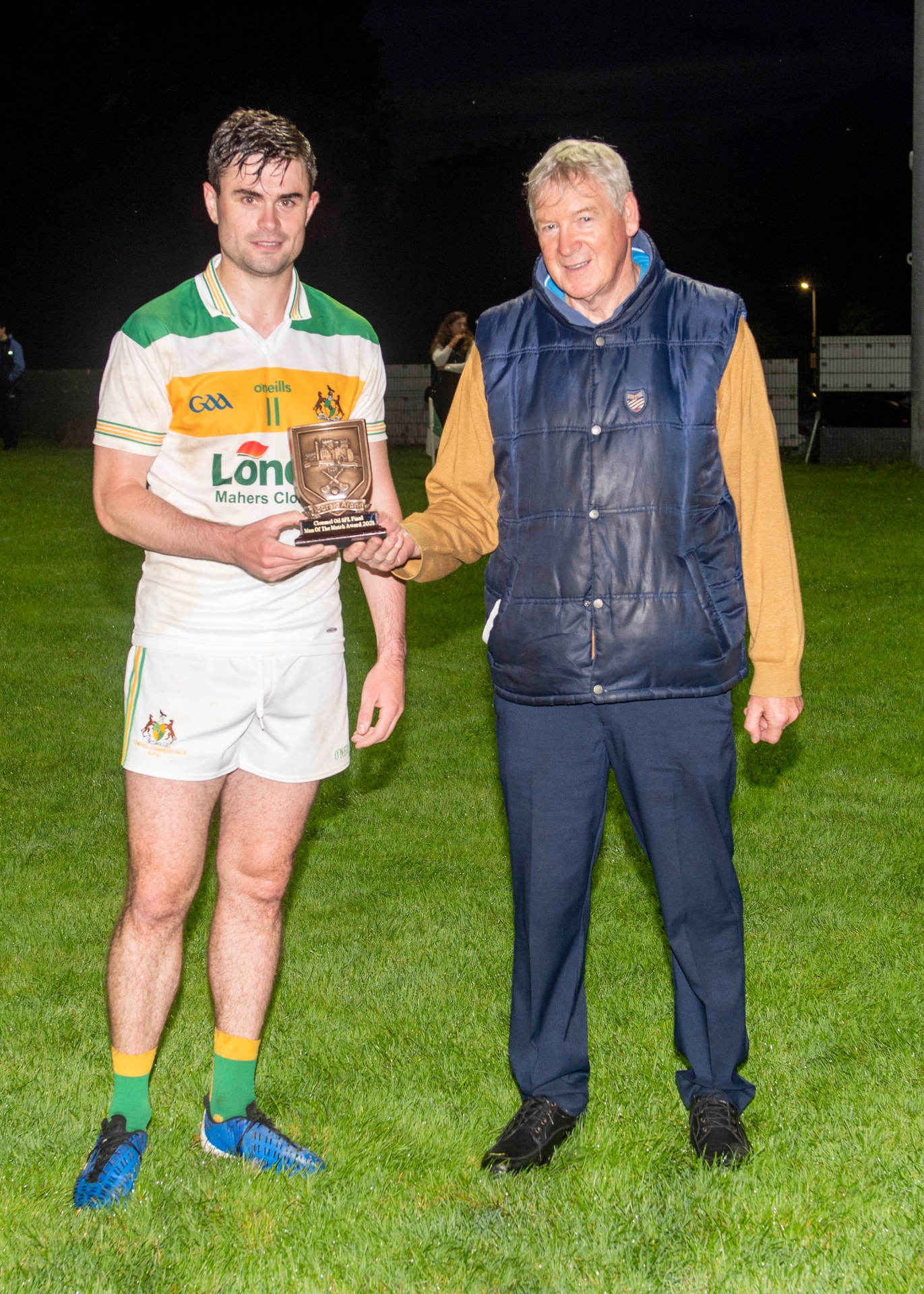 Commercials hit back instantly with a free-flowing movement of their own involving Sean O’Connor and Michael Murphy before Michael Quinlivan kicked a superb point from out near the sideline.

A Sean O’Connor free edged Commercials ahead for the first time since the second minute, but parity was restored quickly for the third time following another Liam Boland free in the 39th minute.

In an exhibition of placed ball accuracy the Moyle Rovers captain kicked two more frees in quick succession and would have punished Commercials all night it appeared if they continued to fall foul of referee Derek O’Mahoney.

Commercials then suffered a further setback in the 41st minute when Conal Kennedy was black-carded for 10 minutes, handing their opponents further oxygen to drive on for the victory.

Second half substitute Aldo Matassa finished off a good move for Commercials to narrow that gap but again Liam Boland was on hand to kick a close-in free from the hands to restore his side's two points advantage at 1-9 to 0-10 at the second half water break.

Under pressure now, Commercials threw on two subs at that interval in James Morris and Tadgh Condon, and both would figure well in the closing stages. However the town side were immediately reduced to 13 men for a period of about two minutes when Jack Kennedy’s black card overlapped his brother Conal's sideline ban.

In the 54th minute Commercials' Jason Lonergan pointed to leave the minimum between the sides and they were soon level for the fourth time after a slow build-up was excellently finished with a Seamus Kennedy point in the 56th minute.

However, Rovers weren’t going anywhere yet and the best score of the decider came in the 57th minute when Liam Boland kicked a huge point from long range to great applause from the Monroe supporters. Disappointingly for that vocal group though it was to be the last score for the Powerstown/Lisronagh side.

The returned Conal Kennedy kicked a long range effort for Commercials to draw the sides level for the fifth and final time in the 59th minute and the possibility of extra-time loomed large. 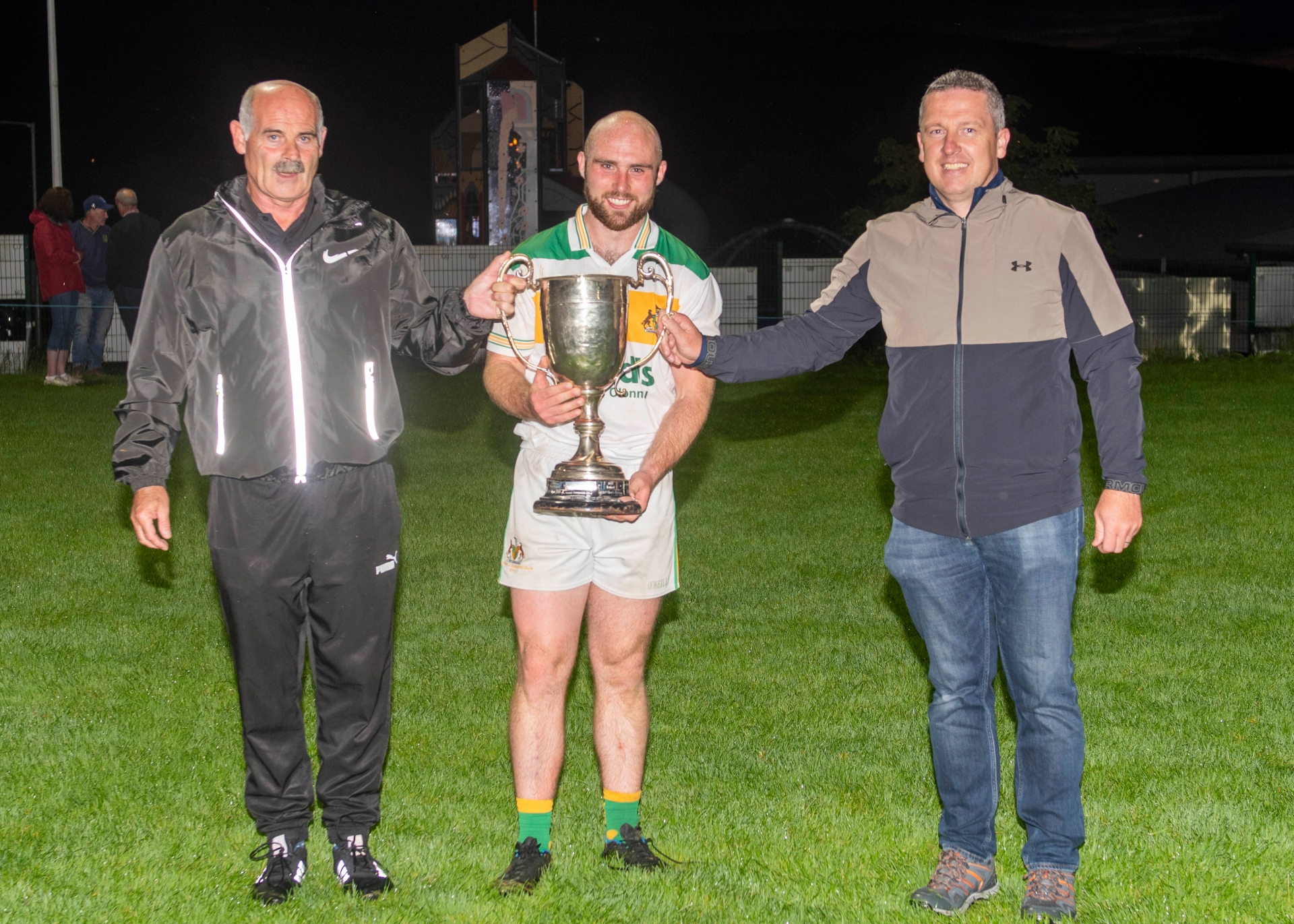 But credit where it is due, Commercials were fiercely determined and with the clock already in the proverbial red Michael Quinlivan kicked his third point of the night in what was an energetic performance from the 2016 All-Star. The same player was instrumental also in the creation of the game’s final score when his run made space from young Tadgh Condon to kick the final point of a thrilling South senior final in the 63rd minute.

Plaudits to both teams for serving up what was a thoroughly enjoyable South final played in the best sporting spirit.

Commercials were forced to dig deep to get out of jail and can thank 'Man of the Match' Michael Quinlivan for some vital scores and a rallying performance. Others to the fore were Kevin Fahey, Jamie Peters, all three Kennedys, Jason Lonergan and Sean O'Connor.

Commercials will be happy with the win but will take it as a wake-up call if they are to kick on to achieve the three in-a-row of county titles last achieved by the club in 1965, 1966 and 1967. It is a big prize for them to aim at and there is still plenty of room for improvement on this performance.

Rovers, even in defeat, can take great heart and encouragement from this showing and will look forward to another cut off the champions later in the year should they meet again.

Their captain Liam Boland led from the front all evening and his 1-7 kept his side in the contest to the end. Dara Ryan, Luke Boland, Conor McGrath, Danny Owens and Stephen Quirke were also prominent throughout. But their achilles heel was the over-reliance on Liam Boland with just three points coming elsewhere from play. That needs to be rectified if they are to seriously challenge for county silverware in 2021.