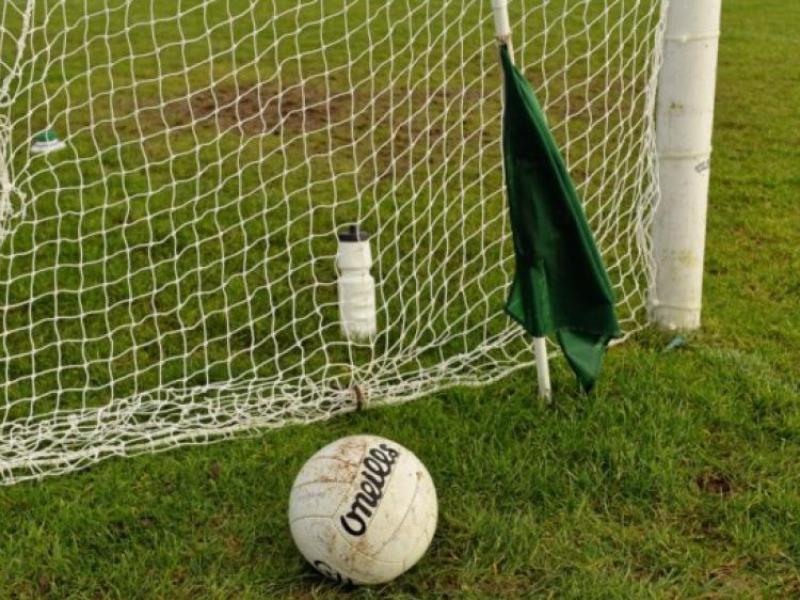 After a monster effort the finals took place last weekend

Two weekends in a row U15 players from across Tipperary have given their all for their teammates and clubs. Football this weekend we had six divisions in twelve different venues. A monster effort to get the competition to that point it was over to the players. Having managed to get to some venues Saturday it was great to see the level of skill on display.

Cashel – Leahy Park
First stop we caught Moycarkey Borris and Cashel King Cormacs whose match could’ve gone either way. It was literally end to end at one point a Moycarkey Borris attack ended with a brilliant shot which was parried for a point. From that kick out Cashel moved the ball smartly up field before firing to the top corner. That win decided the runners up spot to Commercials.

Golden
Here we got to see the match that booked Kiladangans knock out spot. They faced a Golden Kilfeacle team that had felt the full force of St. Patricks attack. Golden started with a swagger and looked to be in control. Kiladangan did have break away attacks managing a first half goal that kept in the game. It was a spell in the second half where they hit 1.03 unanswered that saw them take second spot and a quarter final spot.

Bansha
We stayed in the West and caught Division six come to a hectic end. On the top pitch a winless Newcaste showed the type of character you want in young players defeating Thurles gaels with a bit to spare. The real drama was on the main pitch in what was a semi-final between Emly and Mullinahone. Despite the heat both teams were still up and down the pitch. Mullinahone had just added two points to their tally and looked to have it won. Emly didn’t give up, a breakaway attack that resulted in a goal. The final whistle followed shortly with everyone wondering what the result meant. As it was the draw saw both teams' level on points but Mullinahone with a better defensive record to go through.

Thanks
We have to thank all our host clubs, coordinators, county board reps, referee’s, players, parents, grounds keepers and the good weather for making this weekend a success. Could this be the new format for future Feile’s? If your club feels there was more gotten from this than a straight knock out competition let the divisions know.

Peil Division 1 Final
Arravale Rovers .07
JK Brackens 1.03 AET
What a way to bring this football tournament to an end two excellent teams going toe to toe. Brilliant football and a winning score that sailed from the right boot of the corner back for a memorable win. A deserved win beating both championship finalists to claim the title . Both teams had come from the same group. There was little to split them then hitting ten scores each, Brackens with an extra goal for the win. Moyle Rovers were the unlucky team to finish third given they had run both teams close. In the other group Ballina and Mullinahone booked semi-final spots with wins over Durlas Óg. Mullinahone’s top spot saw them face Arravale in what was a cracking game and a two-point win for the West team. Ballina pushed JK Brackens all the way needing extra time to get to the final.

Peil Division 2 Final
Clonmel Commercials 2.07
Moycarkey Borris 0.00
Again two teams that had faced each other in the group stages. To be fair no one in this group was able for this strong Commercials team. An impressive group of players they easily defeated all they faced to claim the Division two title. On route Moycarkey Borris defeated Cashel King Cormacs and Rockwell/Rosegreen. They had to convert a last-minutepenalty to overcome the Ardfinnan challenge in the semi-final. In the other group It was a very even contest with all three teams recording wins. That meant it cam down to the best defense which was Ardfinnan, just behind them was Knockmealdown Gaels. The unlucky team was Nenagh Eire Óg who’s result against Knockmealdown ended their run.

Division 3 Final
Moyne Templetuohy 0.13
St. Patricks 1.03
A brilliant display of point taking as the Mid team put in a very impressive second half to be clear winners. They had shown good form throughout scoring plenty to beat Kiladangan in the quarters and Moneygall Clonakenny in the semi-finals. St. Patricks had shown in the group game wins that they were deserved finalists.
They went to the semi-finals Sunday morning to play a Knockavilla Donaskeigh Kickhams team that got a by in the quarter finals. Pats hit a flurry of goals to get to the final show down. There was three groups of three here. Kiladangan finished runner up in group one to St. Pats, Golden just behind. Group two after a team dropping out Moyne won their playoff game over Knockavilla both went to quater finals against runner up teams.
In group three Moneygall/Clonakenny topped the group with Kilsheelan Kilcash in second thanks to a win over Upperchurch Drombane.

Division 4 Final
Kilruane MacDonaghs 2.05
Clonmel Óg 0.04
The North boys looked strong from the off and controlled the game through out with players from both sides showing plenty of potential to make underage county panels. The winners relied on a good score difference to book top spot. Loughmore Castleiney drew with them ending level on points. Both teams defeated Clonoulty Rossmore & Cahir. The latter defeating the former to claim third spot. In the other group Clonmel Óg had good wins over all three opponents. Killenaule finished second thanks to wins over Aherlow/Lattin Cullen and Gortnahoe Glengoole. The West combo finished third woth a win. The semi-finals ended in good wins for the finalists.

Division 5 Final
Balllporeen/Skeheenarinka 2.07
Clonmel Commercials 2.04
A final that had a lot of quality and two panels that could’ve contested with a lot of teams in the tournament. They pushed each other all the way with some nail biting moments before the final whistle.
This was a replay of the group match from the day before where they played out a draw. Both teams defeated JK Brackens with Commercials taking top spot. In the other group Clerihan took top spot with three wins. Just behind them Borrisokane had two while Eire Óg Annacarty took third spot with a win over the very competitive Moyle Rovers.

Division 6 Final
Thurles Gaels 3.03
Mullinahone 1.05
A final with plenty of drama a late double save followed by a move up field to secure the win. Both sets of players are more than familiar with each other after an even closer round robin match. In that Mullinahone were again foiled by Ethan Walsh in goals saving a last minute penalty.
The win booked Gaels their place in the final. Mullinahone had a tougher task ahead as they faced Emly in what was almost a semi-final the winner to go through. Of course it ended in a draw with both teams scoring in the closing minutes. This meant the team with least scores conceded went into the final. So Emly just came up short finishing third while Newcastle ended the round robin with a win over Gaels.