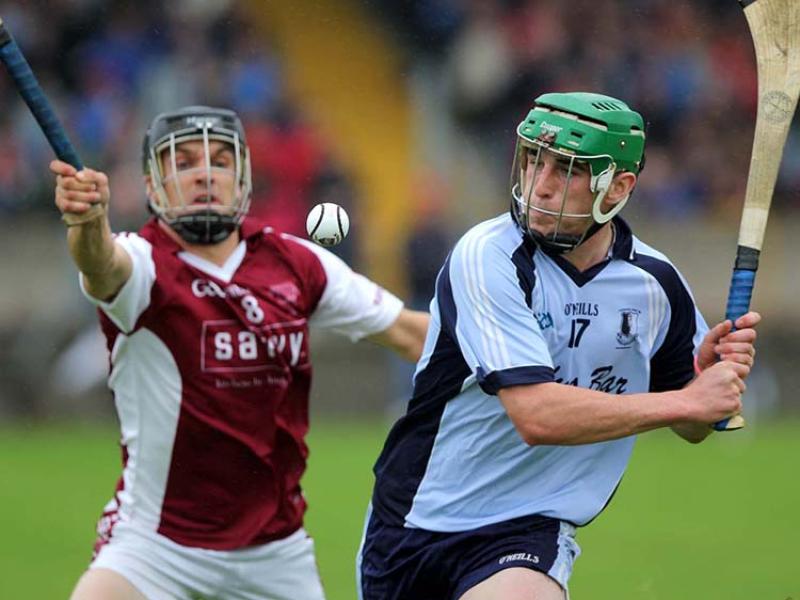 Borris-Ileigh are safely through to the concluding stages of the FBD Insurance Tipperary county senior hurling championship  following their victory over a hugely disappointing Nenagh Eire Og outfit at Semple Stadium this afternoon.

The flood lights were on for this mid-afternoon clash in Semple Stadium from the very start - an indication of the dull, wet conditions which greeted Nenagh Eire Og and Borris-Ileigh in this FBD Insurance County senior hurling championship tie. And, the game was somewhat dull and dark as well with Nenagh Eire Og simply failing to turn up in a game they needed to win.

Considering what was falling from the sky they hardly needed a water break. But, they got one nonetheless and by the first half interruption, Borris-Ileigh led by 0-3 to 0-1 in a very low key opening quarter - Niall and Conor Kenny, and Eddie Ryan getting Borris' scores, while Michael Heffernan had the solitary point for Nenagh Eire Og, who shot five wides in that opening sequence.

The second quarter was slightly better but it was still a long way off the expected standard - the conditions undoubtedly playing a major part in what was an error-strewn game.

And, while the conditions were the same for both teams, Nenagh Eire Og suffered more with their insistence on short puckouts costing them dearly - they were turned over time and again in front of Ardan Ui Riain, much to the annoyance of their supporters, and much to the delight of the vocal support for the Borris' men.

Points from Eddie Ryan (4) and two superb efforts from the impressive Conor Kenny helped Borris-Ileigh into a 0-9 to 0-3 interval lead - Killian Malone and Michael Heffernan getting Nenagh's scores. Malone had come on for the injured Philip Hickey early on but making in-roads for the Nenagh forwards was proving difficult with Dan McCormack hurling up a storm at centre back and Seamus Bourke also in top form.

Nenagh had a lot to do to get back into this game - they hadn't gotten out of the traps in the first half so any improvement at all would be a help to their cause. Primarily, they needed to get Jake Morris into the game - he spent most of his time hurling very deep where his scoring threat was practically nill.

A Niall Kenny goal a minute after resumption sealed this game for Borris-Ileigh - a trademark James Devaney break and ashot was beaten away but Kenny was there to turn the ball home. And, by the second break they had extended their lead to 1-13 to 0-4 - Eddie Ryan hitting their three points, against James Mackey and Jake Morris points for Nenagh.

It was game over and the margin of victory was all that was in question at this juncture. Nenagh Ere Og did try to make in-roads on the gap but to no avail - they constantly lost possession and saw a few goal chances beaten away at the very death.

Borris' advance then - Nenagh are out for another year.