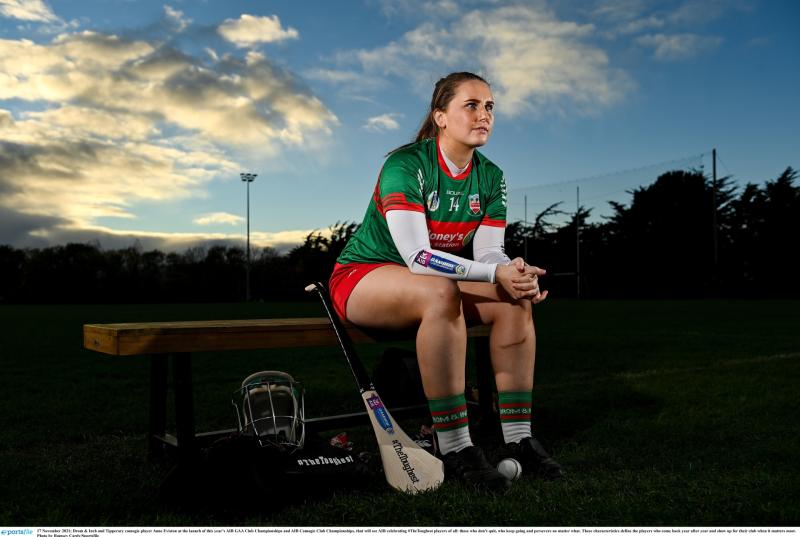 THINGS are hectic for the Eviston family from Loughmore-Castleiney at the moment. Anne and Mairead are chasing a three in-a-row with Drom & Inch in the Tipperary senior camogie final against Clonoulty on Saturday. Brother Willie captains Loughmore in the county football final on Sunday and also lined out for their hurlers last weekend, whose drawn final has kept their ‘double dream’ still alive.

His sisters actually played underage hurling with some of his teammates, because they had no other option, with Anne playing competitive hurling and football with Loughmore’s boys until she was 13.

“In Loughmore, you hurl with the boys and then, when you come of age, it’s off to Drom’ with you because we don’t have a camogie team here,” explains Anne (26) who was speaking at the launch of this year’s AIB GAA Club Championships and AIB Camogie Club Championships earlier this week.

“I went to Feile in Kilkenny with them and a Feile Peil in Cavan, and was very lucky to be in with a really good bunch of lads,” she adds. 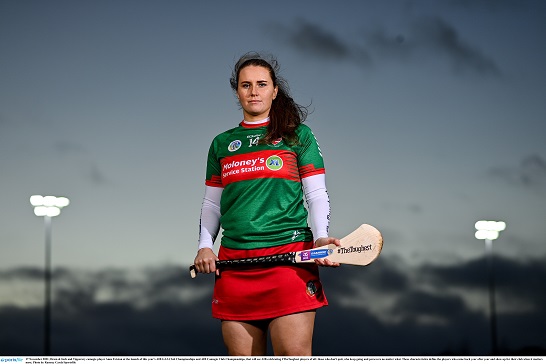 “We played with the likes of Joseph Hennessy, Lorcan Egan, John McGrath and Tommy Maher. We used to tog out in the kitchen in Castleiney, or in a big dressing room some places, just the four of us girls,” she recalls.

With this year’s AIB’s GAA Club Championships and AIB Camogie Club Championships celebrating #TheToughest players of them all – those who are not defined by what they have won, but rather refuse to give up, don’t give in and don’t stop trying – Eviston admits it hasn’t always been easy, but that never stopped her.

“We didn’t have it easy I suppose, but we didn’t know any different and we enjoyed it. When we played clubs that didn’t have girls on their team they’d step off you a little bit, like ‘oh I don’t want to hurt the girl’, but it never held us back, that’s for sure, “ she chuckles.

Growing up on a dairy farm, with just a year between them, herself and Mairead spent their childhood outdoors, playing with pet lambs and ponies and “leatherin’ the sliothar at each other out in our yard”.

Both made ‘county’ (Mairead currently stars in the Tipp defence) but Anne, who was nominated for an All Star in 2015, retired from the inter-county scene in 2017.

She studied Dairy Business in UCD and captained the college team in her second year but a placement in New Zealand’s South Island in 2016 - on a huge farm of 1000 cattle – changed her perspective on life.

She’s now a communications executive for Green Acre Marketing in Waterford and devotes all her sporting energy to the club which has brought her more lows than highs.

She was only 16 in 2011 when Drom made it all the way to the All-Ireland club final (lost to Oulart-the-Ballagh) but then came years of frustration.

“In 2019 we stopped Burgess Duharra from doing eight in-a-row. Over the previous seven years we lost four or five county finals to them, a few by just a point or two. Facing into Duharra all those years was really tough, there was a lot of heartache.”

“Yes, it’s all go at the moment,” Anne laughs. “But sure we wouldn’t have it any other way!”