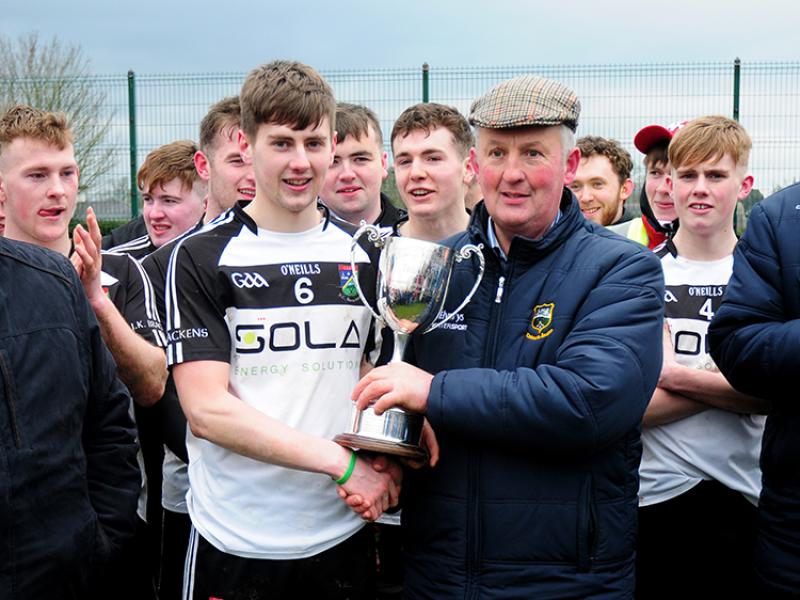 It has been a long and interesting thirty years since the black and white singlet was worn for the first time in combat by the juvenile and adult club members of JK Brackens.

The months of November, December and January , thirty years ago were hugely active in GAA circles in the parish, as the three active GAA units, Clonmore GAA, KIllea GAA and Templemore Eire Og GG came together and debated long and hard, burning the midnight oil in the process, whether they should join up for the promotion of Gaelic Games and this giving the youth and adult population a chance to compete on equal terms with the neighbouring parishes in the catchment area.

Tipperary County Board, at the behest of the clubs, appointed two excellent officials; former County Chairman Mick Frawley (Emly) and future County Board Secretary, Michael O’Brien (Silvermines) to oversee the process and to ensure that every element of the amalgamation was in accordance with Teoraí Oifigiúl.

The amalgamation process ebbed and flowed from meeting to meeting with the clubs being very positive initially. That changed from time to time and then it looked as if it may not happen. Finally, after many meetings and exchanges of positions, the three clubs decided to amalgamate for the purpose of promotion of gaelic games for a five year period with each unit having the option after the five years, to opt out if that was the democratic wish of their members.

The five years were not without their problems and despite the gallant effort of the committee in charge, Killea GAA decided to abandon the ship after the specified trial period and go their merry way. 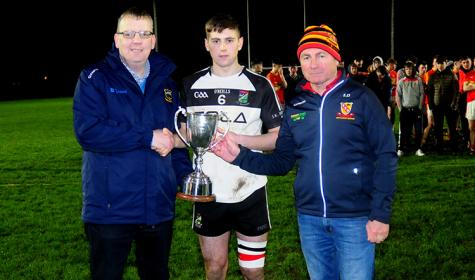 The remaining part of the JK Brackens club soldiered on and despite a little uncertainty at times, grew from strength to strength to what it is today - one of the finest clubs in the county.

Running a club that fields teams in all grades of hurling and football from senior to u10, is both an expensive and onerous task. From my perspective, to be on the club grounds on a summers Wednesday evening is an experience in itself as the kids from u8 to u14 assemble for training and games. It’s indicative of the strength of the club to have such a gathering of youth with able coaches putting them through their paces.

A further indication of the strength of the club is to see them competing with the Dúrlas Óg’s, Holycross Ballycahill’s, the Boherlahan Dualla’s, the Loughmore Castleiney’s, the Drom-Inch’s etc in a meaningful way. To have the club enjoy their quota of success tells all that great progress is taking place.

In order that a club has credibility it’s essential that they are competitive at senior level and be able to contend for premier titles. 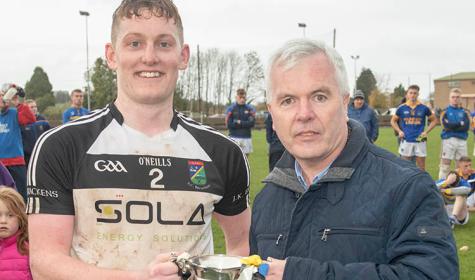 The Brackens club are trying very hard at senior hurling level to be competitive and this year after a good effort were eliminated by Loughmore Castleiney from the Dan Breen Cup. Considering the wonderful year our neighbours enjoyed, it was nothing to be ashamed of.

The senior football team, after topping their group in the league section, defeated Ardfinnan in the county quarter final. They played Clonmel Commercials in the county semi-final and despite a gallant effort, lost out on a scoreline of 2-11 to 1-10.
It’s quite obvious that the Brackens have come a long way in the thirty years since its foundations, but still, there is a long way to go. To put the club on a proper pedestal, they need to win one of the premier titles in the county and that will need supreme effort. 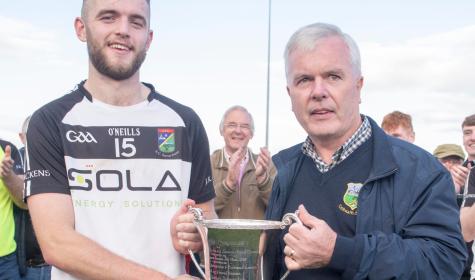 Without strong leadership the club would not be in the healthy position it is today and a special thanks is due to all involved under the excellent of officers, Tadhg Sheedy, Aoife Percy, Michael Prout, Robert Nolan and the great Eamon Corcoran who has made a serious contribution to the clubs development. We wish the best of luck to incoming chairman Paddy Cadell (Snr) and I have no doubt that he will lead the club to greater days.

While I enjoy immensely watching the Brackens at various levels entertain us playing their games, I cannot but recall the contribution of various great people that have now gone to their eternal reward for making this great club what it is today.
Head of that list would be Tom Collum, Mick Delaney, Mick Cahill, ‘Haulie’ Maher. Tim Marnell, Neil Quinlan, Pierce Maher, Francie Bourke, Enda McDonnell, Mikey Grimes and Johnny McDonnell. Those great warriors had able assistance from the Corcoran brothers, Mick and Jim from Lyodsboro, Jimmy Maher (Shanakill) , Martin Shelly and the great Jimmy Bohane.
As the club has now reached thirty years of fruitful existence, a deep debt of gratitude is due to all that in different ways, made it all happen.

Recent developments in the pavilion and dressing rooms indicates that there are men and women of vision and foresight steering the ship and to all of those we owe a deep debt of gratitude.

There is no doubt but that there is a bright future in store for the club and may all involved put their shoulders to the wheel to make those aspirations become a reality.