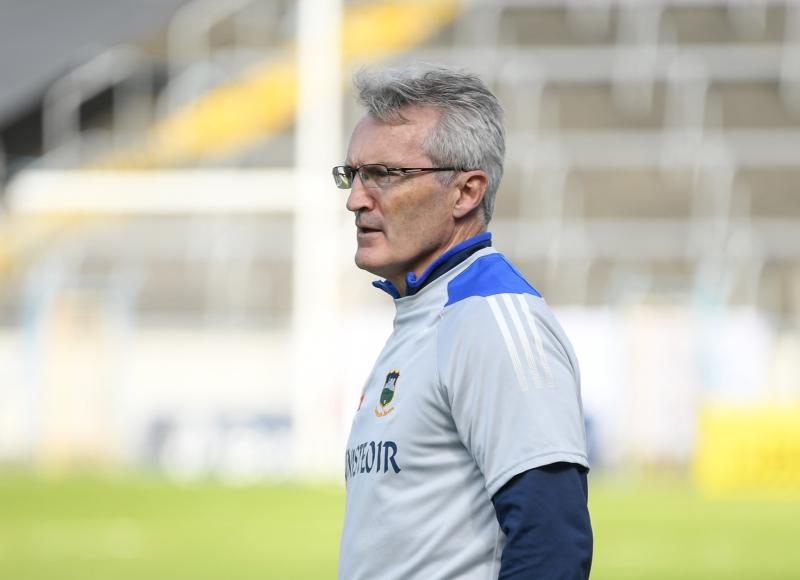 Colm Bonnar has faced a difficult assignment as Tipperary manager

All-Ireland winner Shane Dowling believes Tipperary must show some fight for manager Colm Bonnar, despite going into the Munster senior hurling championship meeting with Limerick this weekend as huge underdogs.

Tipperary have already lost round robin matches against Waterford and Clare ahead of the clash with the All-Ireland champions at the TUS Gaelic Grounds on Sunday (2pm) and Dowling told BoyleSports that he sympathises with Bonnar in his first season in charge.

“There were slight question marks over Limerick’s league form and it was somewhat concerning,” said Dowling. “But the Cork form hasn’t held up and Limerick are flying, the hunger and desire is still there.

“So forgetting where my loyalties lie as a Limerick man, I would love to see Tipperary come to the Gaelic Grounds on Sunday with something to offer like that.

"If they come with an attitude saying we’re playing the All-Ireland champions and just ticking the box, then they will be annihilated, 100%. But I would love that group of players to show something. They might not be up to it this year, but they can still show what it means to wear that Tipperary jersey.

“Tipperary worked very hard against Waterford, but against Clare it was poor. If you looked at nothing else but the goal Peter Duggan flicked in, it was three Clare forwards against two Tipperary backs. If you looked at that image alone, you’d be wondering what’s going on. They left a huge amount of space and they’ll have to learn from that.

"Now they’ve lost John McGrath, the vibes aren’t good, and they have to go to Limerick to beat the All-Ireland champions who are in full swing.

“I don’t think you'll find a person in the country who could fancy Tipperary, but part of me feels sorry for Colm Bonnar, it’s a tough job. He had a bit of rejigging to do it and the word is he wasn’t first, second or third choice to get the job. So it was a hard ask, but giving a manager just one year would be very harsh and we’ll have to see how the next couple of games pan out.”