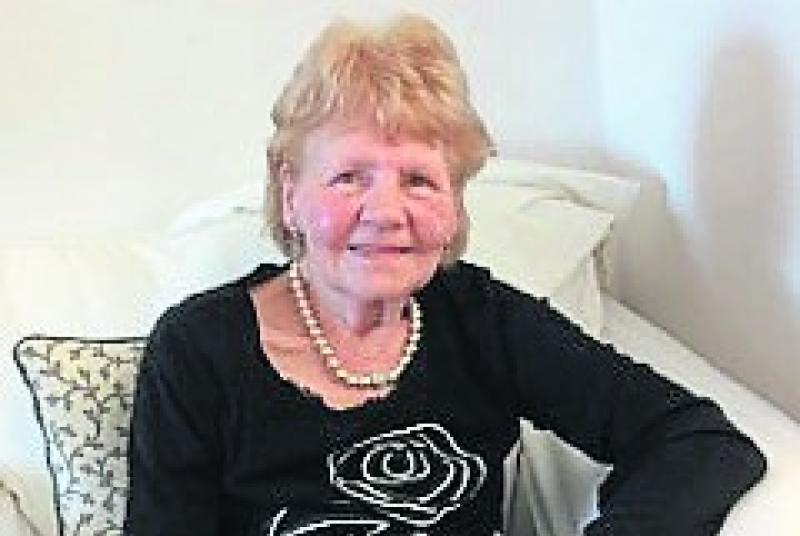 The recent sudden death on the 31st October, 2017 of Breda Rogan Templemore, shocked and saddened not only her family but the local community also.

A native of Chapel Street, Borrisoleigh, Breda’s early years were spent working with her mother, Sarah in the family business in the Bar/Grocery store.

Breda would often reminisce of times past and on their customers who were remembered fondly. It was common in those days for the woman of the house to do her weekly shopping while the husband waited in the bar area drinking a glass of Guinness and the news of the week would be swapped!

During that time Breda’s hobbies included being part of the local choir. Indeed to this day, music is very much a part of the Bourke’s as her brother Derry and nephew Paudie are involved in country & western and ballad music.

She met Pat (PJ) when he was stationed in Shevry, Upperchurch and then Dundrum, Co. Tipperary. Once married they lived for four years in Killimor, Co. Galway. PJ was then transferred to the Garda Training Centre in Templemore and they settled into the heart of the community of Templemore and never left. Breda loved children and was blessed to have five children and twelve grandchildren whom she adored. A birthday was never forgotten and a birthday card was guaranteed to arrive through the letterbox on the big day. Some of her children were born in Galway and the others were Tipperary which makes for interesting banter on All Ireland Final day!

There was a soft place in Breda’s heart for all animals and there were times when we wondered about ourselves as the family pets held the same importance as the children especially if they were unwell!

Anyone who knew Breda, knew she loved flowers and plants. There was a time when anyone entering the house thought they were entering a greenhouse. She had a natural ability for flower arranging and could easily assemble flowers and greenery plucked straight from the garden. As the grandchildren came along the plants were replaced with photographs and every surface available in the house was covered with the latest important celebration.

Wonderful neighbours and friendships were important to Breda and some of her friends go back to when she was in Primary school.

Underpinning all of the above was her strong Faith. When she was younger she was an active member of the Legion of Mary and as part of her good works she visited people who needed company at the time.

Breda is predeceased by her father, Bill, her mother, Sarah, her sister, Maura and her brother, Micheal (Hawlie) who died as a child.