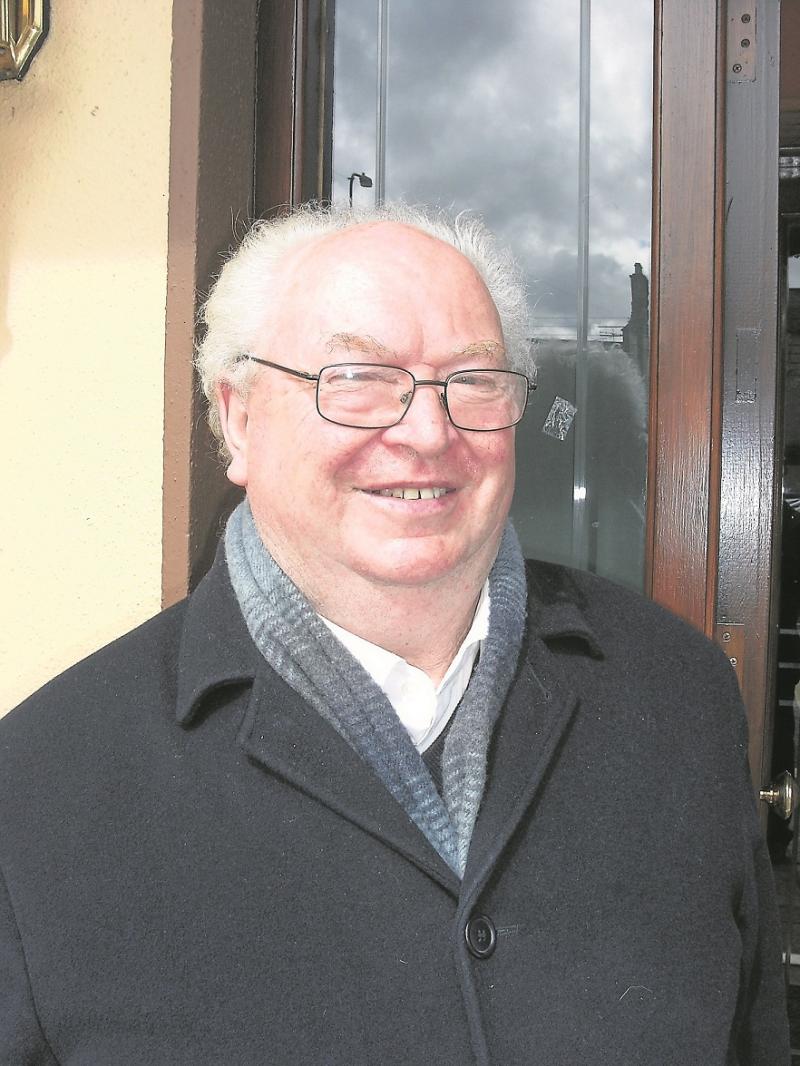 There was deep shock, and profound regret in the community, at the news of the untimely passing of James Maher, The Orchard, Shanakill, just two months short of his 80th birthday.

His unexpected and sudden death occurred on the 4th of May, 2017, in the familiar surroundings of his family home.

It was in that same house, beneath the shadow of the Devils Bit Mountain that James Maher was born on the 11th of July 1937.

He was the eldest son of Timothy and Margaret, nee Broderick, (who was a native of Killea). James had two younger siblings Mary and Lar.

Jim attended National School in Shanakill. He often spoke about his first day at that school and how his mother walked him there. Alas only a few days after that happy memory, Jim was standing by the graveside of his mother.

At the age of 13, Jim left school to begin working on the family farm, a task he was most happy in – and active at – up until the time of his passing.

For many years Jim was a well known Agricultural Contractor. He began this business at the age of 17 operating a tractor driven sprayer and plough. He never ploughed with horses.

He later branched out into Silage Contracting with his brother Lar. On the 4th of August 1957, their first day at silage contracting, they started cutting silage in a field owned by Joe Brennan of Aughall in Castleiney. Famously when news of the silage cutting reached the Mart in Templemore, such was the novelty of silage cutting at the time, that all in attendance left the mart to go see James and Lar in action.

Jim worked hard to develop the family farm. He operated a pig unit and a herd of Dairy cows. He was always a great admirer of the British Friesian cow.

A progressive type of farmer, he was always interested in new ideas and advanced methods of farming, so much so that his farm became a ‘model enterprise’ – one that was visited by agricultural groups and students from across the country. So successful was Jim, that in time he was able to buy an adjoining farm, and indulge in a new hobby – one of land reclamation.
In October of 1976 Jim was married to Margaret Carroll of Killahagan, Drom. Together they worked, side by side, to build up the family farm; as well as raise two children - Tim and Catherine

In all aspects of James’ life, Margaret proved to be the ideal partner. They shared similar views and values; both possessing the virtues of integrity, honesty, and a strong sense of justice. Certainly Jim was never more correct, then at the celebration of his 40th wedding anniversary in October 2016, when he publicly declared that meeting Margaret was his luckiest day.
Jim was a member of Dunkerrin Macra, a founder member of Clonmore Macra na Feirme and Chairman of the Clonmore Branch of the Irish Farmer’s Association (IFA); and twice Chairman of Mid Tipp Farm Relief Service.

He was a member of the Board of Management for Shanakill National School. He also served on the committee that renovated the three Churches in the Parish of Templemore, Clonmore and Killea for the year 2000. He was also an active committee member of Clonmore Community Centre, as well as an original promoter for the need of such a hall in the area.
A man possessed with a deep interest in current affairs, Jim was elected Chairman of Templemore Fianna Fáil Comhairle Ceantair in 2004, and subsequently worked to rebuild the organisation in the Templemore area.

Then, in 2009, he was elected President of Tipperary Fianna Fáil. He was also a proud life long member of the Pioneer Total Abstinence Association and never took a drink in his life.

His hobbies and interests were many and varied. He had a great knowledge of local history, and was readily available to talk to anyone researching various local happenings in the area down through the years.

Hence, without any untruth, it was widely remarked at the time of his passing “there will be no-one to answer those questions now”. Jim also had a great passion for family history and tradition. He was the ‘go to person’ for anyone tracing their Maher family connections. Over the years he welcomed many people, from far and near, who arrived at his door, seeking such information.

In short Jim is a man who will be greatly missed, as he was always so willing to help anybody. As such he was a great father figure, not only to his own family, but to a wide circle of friends.

This was very evident at his funeral, where people, from all walks of life, came from far and near, to pay their respects to a man they could all say they “knew well.”

Many groups and organisations, stood either side of the funeral hearse which carried Jim to the Sacred Heart Church in Templemore, including his colleagues in Fianna Fáil.

On his final journey to the graveyard in Templemore he was accompanied by the young farmers of Tipperary – the members of Devil’s Bit Macra na Feirme – a gesture he would have been very proud of.

During the graveside oration, which was delivered by Dáil Deputy Jackie Cahill, the Fianna Fáil TD for Tipperary spoke of the Jimmy he knew, a man of unbending principal and deep faith.

Jackie went on to list Jimmy’s numerous contributions which benefited the people of the area, including the widening of the Suir Bridge – a task in particular which people had told Jimmy could not be done, yet Jimmy saw that it was done.

In concluding his oration about Jimmy the Community Activist, Deputy Cahill, stated: “He believed in standing up for his beliefs, to see the dreams of progress become a reality. Fianna Fáil has lost a stalwart today; the local community has lost a great activist; but the Maher family has lost their anchor, and our sympathy is with them today.

“May the gentle soil of Tipperary rest on his gentle soul.”

No doubt all those who knew and loved Jimmy, do desire likewise, those same soft sentiments, upon the gentle soul of James Maher.