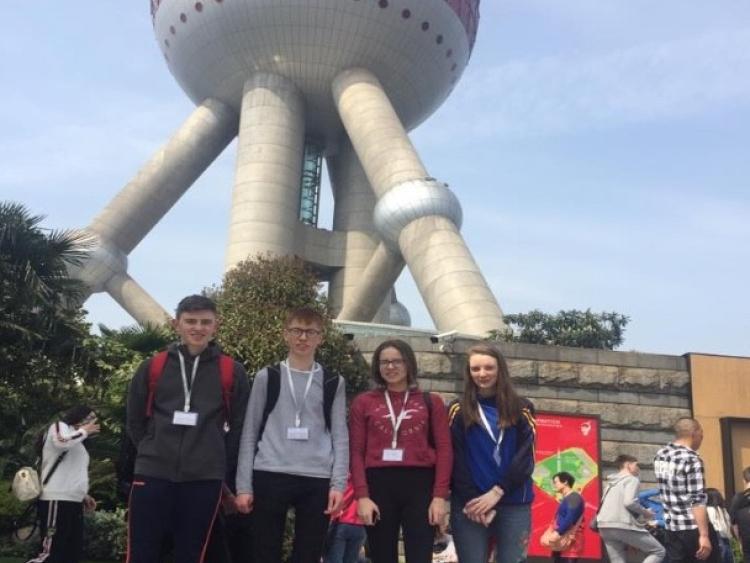 Over the Easter break, four lucky transition year students from Our Lady’s Secondary School, Templemore were given the opportunity to attend a ten-day long Easter Chinese Language Camp in Shanghai University in China. The students who were chosen to attend the camp were Megan Delaney, Claire Maher, Eoghan Kelly and Ciarán Shanahan. The group were accompanied by their teacher Ms Emily Bergin.

The Easter Camp programme ran from March 22nd to April 4th and welcomed 108 students from across Ireland to sample Chinese culture. The programme was sponsored by Confucius Institute at UCC. The students enjoyed an extensive ten-day long trip which included Chinese, Tai Ji and calligraphy lessons in the morning time. In the afternoon, excursions and day trips were organised for the students to immerse themselves into the Chinese culture. Day trips included visiting the Ancient Water City, the West Lake in Hangzou, the Oriental Pearl TV Tower, a boat cruise down the Hangzou river, an acrobatics show, a two-day trip to neighbouring cities Suzhou and Hangzhou, a day trip to the ancient town of Zhujiajiao, plus much more. This was a once in a lifetime trip for these students and one that they will speak about for many years to come. This trip was organised to strengthen Irish and Chinese relations in Ireland. This is the first year of Our Lady’s Secondary School’s involvement in the Easter Chinese Language Camp Programme in Shanghai and will certainly not be the last.