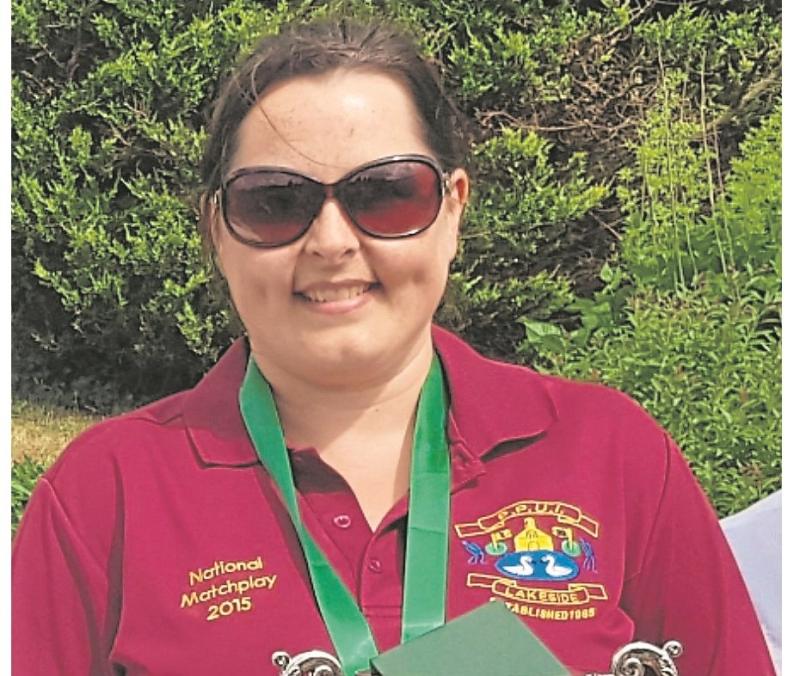 The June Bank Holiday weekend saw the National Matchplay Finals take place in Tullamore. In the Gents section Michael Fennell was our lone representative and he was desperately unlucky to lose out to Lucan's Christopher Gallagher on the 6th tie hole in the first round.
For the first time the Ladies section was divided with a Nett section included. In the Gross section Mary Quinn had a great win over Maree O'Toole of Shandon in Round 1 which resulted in a quarter-final meeting with defending champion Geraldine Ward. The Toome woman played very well before going down 4&3.
The inaugural Ladies Nett section saw Elaine Quinn and Josie McCormack representing the club. Josie went down 6&5 to Catherine Dunne from Riverdale while Elaine had a walkover which saw her through to the quarter-finals where she disposed of Riverdale's Margaret Forde.
Her toughest match came in the semi-final where a birdie on the first tie hole saw her dispose of St. Bridgets Dina Dillon having been 4 down after 24.
The final had local favourite Annie Galvin installed as favourite but it made no difference as Quinn sailed to national glory recording an emphatic 11&10 victory and thus becoming the first adult player from Lakeside to capture a National Matchplay crown.
On the local front the Greys' Matchplay continues alongside the Team event and the Templemore Jewellers. The club will host the Munster Strokeplay finals this weekend and we wish all local players the best of luck.
The Dom Brosnan Memorial will take place on Thursday June 21st at 7pm. The format will be a three person scramble and is open to both members and non-members.