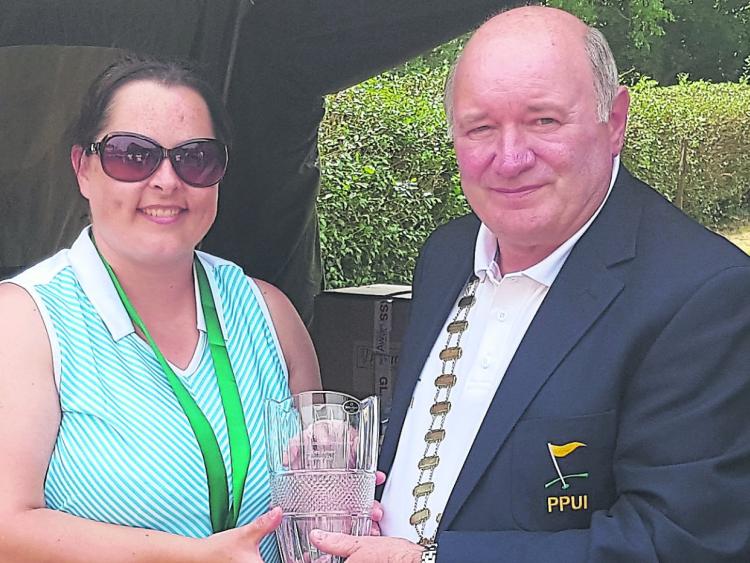 The Ladies National Strokeplay finals took place at Collins Pitch and Putt, Cork, club on July 1st.
Once again Elaine Quinn was to the fore in the Junior Grade but this time she had to settle for Silver to add to her Matchplay Gold as she finished five strokes behind local girl Phil Downey.
In the Intermediate Grade 2015 champion Mary Quinn led the field following the opening 18 holes but a strong finish from Mairead Manning of St. Stephens saw her crowned champion with Mary eventually finishing 4th. Well done to all who competed.
The Gents equivalent takes place in Glenville this coming weekend with Paul O'Brien, Stephen Shoer, Brian Cahill and Michael Fennell taking part in the Senior Grade although I hear Fennell's participation may be in some doubt due to a recent wrist injury. Let's hope the physio can work his magic before Sunday.

On the local front the Grey's Matchplay continues and once again we encourage you to get your matches played on time. The Templemore Jewellers and the team competition are also ongoing.
The club would like to thank all of you who supported our recent fundraising draw which proved very successful and well done to Mark Curtin of Richmond who scooped the first prize of €300.
Sympathies also to the Birchall family of Shandon, Dublin on the death of former National President Eamonn who was a great servant of the game for over half a century. May the sun always shine on heavens fairways.