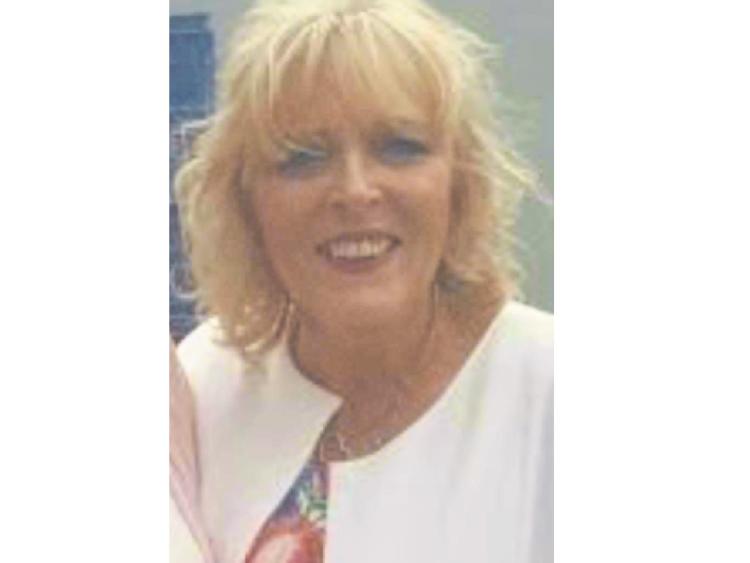 It was with great sorrow and sadness that we heard of the death of Joan Doyle (nee Egan) of Lakeview Drive, Templemore.
Joan died in Milford Care Centre surrounded by her beloved husband and family, having suffered through many sessions of cancer treatment over the years, and to which she finally succumbed on February 5 last.
Aged 55, Joan bore her illness with love, courage and bravery, and during all that time she had a loving smile on her face. She never tired of telling people she loved them and that love was what life was about.
Born and reared in Foilnadrough, Kilcommon, Joan loved that very special part of Tipperary “Kilcommon My Home”, the people and the place. It was here she received the gift of faith, a gift handed down by her mother.
Even though she lived most of her life in Templemore, her heart and soul never really left Kilcommon. And testament to that was the huge numbers of Kilcommon people who attended the night of her Rosary, the removal of her remains, Requiem Mass, and burial.
Joan had a deep religious faith – over 20 years ago the Garden of Divine Mercy in Kilcommon was so named at her suggestion. Mass is now celebrated every Monday night devoted to Divine Mercy by her great friend Fr Dan Woods. Fr Dan spoke lovingly and paid many tributes to Joan at her funeral Mass.
Joan came to live in Templemore when she married Liam Doyle from Castleiney. She was the ideal home maker, looking after her boys, loved sewing and making things. In recent years Joan handed down the art of making St Brigid Crosses to all who gathered in the McAuley Centre.
She served as a Eucharistic Minister in Templemore and often spoke of the great privilege of being afforded the honour of distributing Holy Communion at Masses.
She was a loyal member of the local Legion of Mary who were great friends coming regularly to visit and pray with her during her illness.
Joan also loved to sing and dance and relax in social company. Liam says she would give Marianne Faithful a ‘run for her money any day’.
She had a powerful singing voice and sang with such passion you could hear a pin drop. She enjoyed a weekend drink with Liam and loved their nights out in either Foley’s or The Temple Bar. Liam and Joan were extremely happy together and an example to all of how to live a happy life with love and contentment with two sons William and Russell.
True to form Joan’s last words before she died was to tell all who were beside her “I love you all”
Sincere sympathy is extended to her heartbroken husband Liam, sons William and Russell, brothers and sisters Liam, Carmel, Mary, Ger, Martin and Tess, brothers-in-law, sisters-in-law, aunt, uncles, nephews, nieces, grandnephew, cousins, relatives, neighbours and large circle of friends.
Huge crowds attended McCormack’s Funeral Home, Kilcommon, where her remains reposed. Requiem Mass was celebrated in Sacred Heart Church Templemore after which Joan was laid to rest in St Joseph’s Cemetery.
May her gentle soul rest in peace.