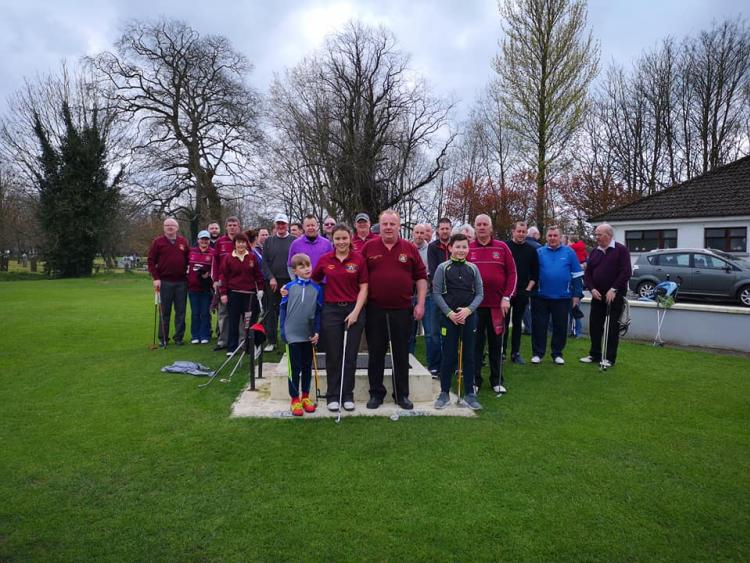 Ladies and Gents Captains, Martha O'Brien and Ronan Loughnane, getting ready for the off

Plenty of action over the last two weekends with the club hosting the Captains drive-in and the Credit Union Cup. A fine crowd turned out to see Captains Martha O'Brien and Ronan Loughnane get the new season underway. The three-ball scramble was won by Paul O'Brien, Paddy Quinn and Gavin O'Brien who played a Captains part.

The 36th running of the Credit Union Cup took place on Sunday last with Alan Maher holding off  a late charge from Jim Molloy to win by a single shot with Mary Quinn in 3rd. Stephen Shoer claimed the 54 Overall Gross prize.

A big thank you to all who played in the competitions, those who ran them, those who baked and catered for them, those who prepared the course and especially to the Credit Union who have been a loyal and faithful sponsor of Lakeside since 1983. Thanks to you all.

The Eamonn Butler sponsored Limekiln continues until the end of the month so plenty of time to get your cards played. Watch out for closing dates for entries to Munster and National competitions. Remember you must be fully paid up to have your name entered - no exceptions. Membership fees are now due.