What happened to the Carden ‘fortune’? 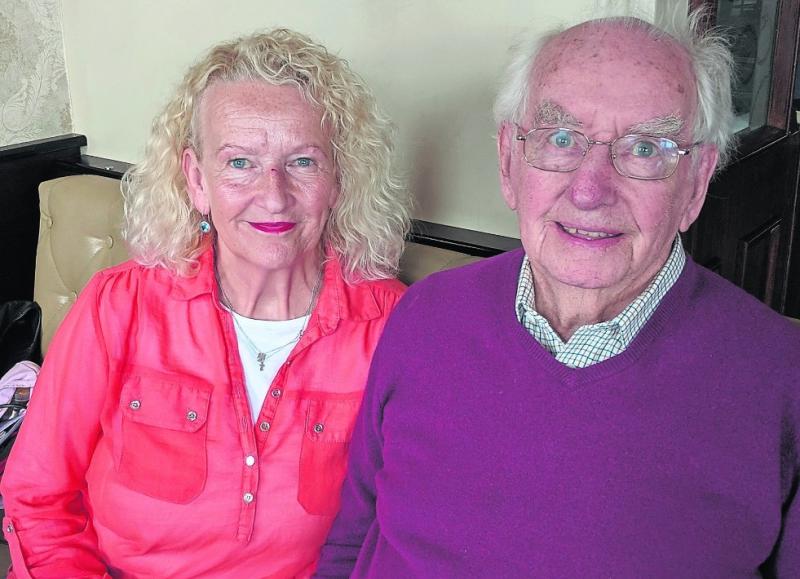 Arthur Carden and his niece Shane who visited Templemore recently

Arthur Carden, a descendant of the Barnane branch of the Carden family and author of the books Carden of Barnane and Carden of Templemore, was in Templemore recently accompanied by his niece.
They visited Barnane and in particular Barnane Graveyard which, sadly, is very overgrown. I met up with the visitors briefly before they returned to UK, during which Arthur referred to the ‘Barnane Fortune’.
When the Barnane estate was disposed of under the Wyndham Act in 1908, the Carden family was supposed to be paid about £40,000 by the Irish Lands Commission.
Andrew Carden continued to live there until 1932, but when he died the ‘fortune’ had not yet been paid and was held by the Public Trustee, which employed lawyers in 1946 to find out who should receive the money, which had of course grown a good deal in the intervening 40 years!
It was found that Lionel Gillette Carden, was entitled to receive it.
It appeared that Andrew’s son Lionel Berkeley Carden had emigrated to USA as a young man and the family had lost touch with him, and that Lionel Gillette Carden was his son.
This might have been the end of the story until suddenly, last year, Jon Varnedoe, told Arthur that he had discovered that his birth mother was Lionel’s daughter, who had placed him for adoption by the Varnedoe family!
Jon Varnedoe lives in New York – he will be coming to Templemore over the summer to discover his roots in Tipperary.