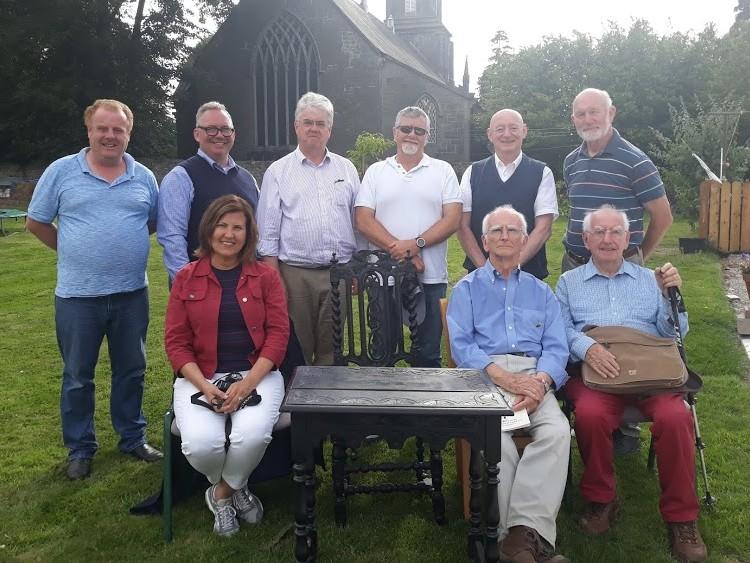 Five members of the Carden family whose roots trace back to the Barnane branch, recently visited the area.
Led by Arthur, who has been here many times, he was joined on this occasion by his son Mark, brother Michael, nephew Matthew and his cousin Jon Varnedoe. Also with them was Jon's wife Juliette from Lockport, Louisiana who was visiting Ireland for the first time. It was a particularly interesting trip for California native Jon (now living in Brooklyn) as he was adopted and only made contact with his birth mother last September - two weeks before her death - and as it turned out she was a Carden. Following further research he managed to come across Arthur who was hosting a Carden gathering in Brighton. Jon was on the plane in a flash as the whirlwind continued.
Last weeks trip to Templemore completed the circle for him in just ten short months. They visited Barnane on Tuesday morning while in the afternoon they were met by members of the Historical Society who showed them all the local sites and places of interest. They even ended up in Liam and Geraldine Kennedy's sitting room - the last inhabited house in Pickfoot Lane. Wednesday saw them sample the local brew at the White Gypsy brewery before John Reynolds gave them a tour of the Garda College which was built on a site given by Sir John Craven Carden. They stayed in the Templemore Arms and were very complimentary of the hospitality received.