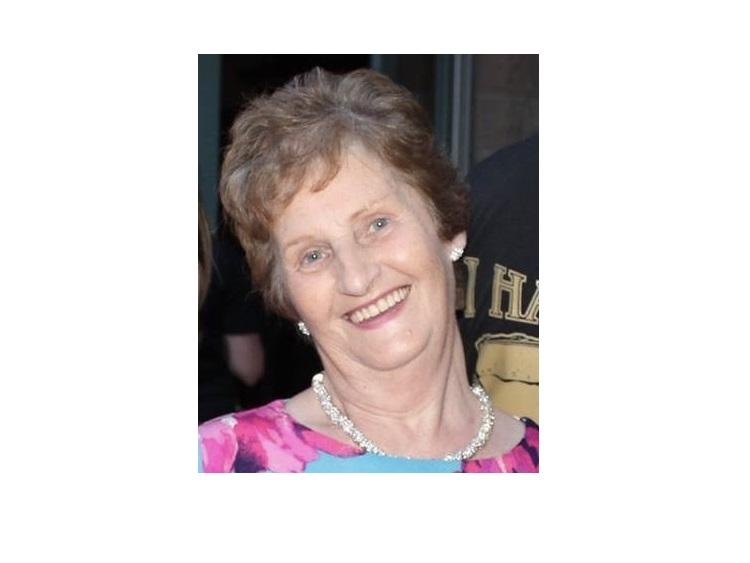 There was widespread shock and sadness on hearing of the death on Monday, July 1, 2019, of Peggy Hanley (nee Kinnane) following a very short illness.
Peggy was a native of Limerick and came to Templemore in 1959 following her marriage to Jack Hanley.
Peggy set up a successful hairdressing business which she continued until 1971 when herself and Jack bought “The Gaelic Bar (now known as the “Temple Bar ”) in Main Street. They ran this business together until their retirement in 1997.
Following their retirement Peggy and Jack moved to live in Kiltillane. Sadly Jack passed away in 2001.
Peggy was a lady, a great friend and neighbour, who enjoyed her bingo and whist games every week.
Peggy was a very familiar face in The Church of the Sacred Heart where she attended Mass on a daily basis, her faith was strong and very important to her and sustained her throughout her illness.
Family was the most important thing in Peggy’s life, she was the youngest and the last surviving member of her seven siblings.
Her greatest pride was in her four children and eight grandchildren, the arrival of her two great-grandsons in recent years was a source of great joy to her. Peggy was surrounded by her family when she passed away at her home.
During her life Peggy enjoyed travel and many experiences with her family. She was a regular visitor to Chicago where her son Derek owns a bar and restaurant which is called Peggy Kinnanes in her honour - she was a celebrity whenever she visited there!
Peggy will be deeply missed by her children Sandra, John, Derek and Brian, son in law Eugene, daughters in law Michelle, Geraldine and Louise, her grandchildren Eoghan, Catherine, Sarah, Conor, Drew Niall, Conor and Ellen and her great gransons Jack and Rhys .
Her funeral mass was a celebration of her life and the large turnout was testament to her popularity. As a mother, grandmother and great grandmother there was no-one more loved than Peggy.
May she rest in peace.