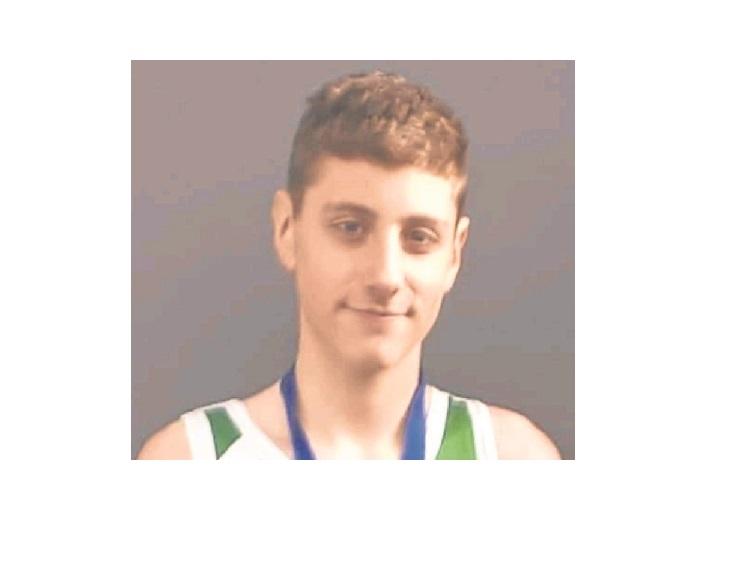 Mark Davidson wins Gold in the 800mts U16 at the National 'B's Championships held in Tullamore recently. A fantastic result for Mark and the club

John Dwyer, the Ballycahill native, won two Silver medals at the National Championships in the Norton Stadium Santry last weekend.
John, who is the leading light in the club’s “Go Fund Me” online campaign for a throwing net, won Silver Medals in the 56lbs Over the Bar and the 56lbs for Distance with a personal best of 4.20m in the ‘over the bar’.
John followed this up with a seasonal best of 7.63m in weight for distance. He also finished 5th in the Shot Putt and 4th in the Hammer.
A great weekend for our athletes and our coach.
Please continue to support John and the club’s efforts for the improved facilities for throwers by pledging funds to the “Go-Fund-Me” online account.

National Juvenile B
The National Juvenile B Track & Field Championships were held in Tullamore on July 21 with great success for our young athletes.
Emily Davidson won the Girls U/14 sprint and followed up this Gold Medal with a Silver in the Long Jump. Keeping the success going, Emily’s brother Mark continued when he won the 800m in the pouring rain.
Then the boys U/17 finished 3rd in the 4x400m Relay while the Boys U/18 finished 4th in the 4x100m Relay Final.

Disco
Templemore Athletic Club’s Annual Disco will take place on Saturday night August 3 in the “Old Arms” . Doors open at 11.30pm. We encourage all over 18 adults to support the club’s efforts, so bring your friends along for a great night out.