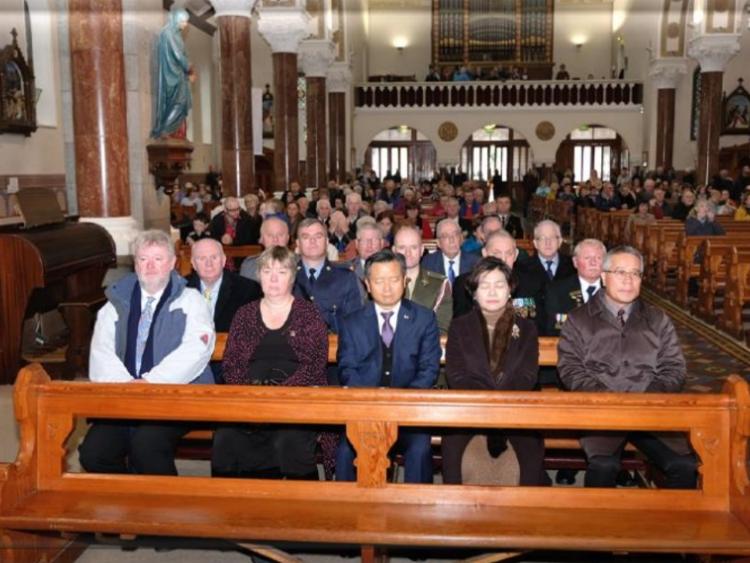 Representing the National University of Ireland (N.U.I.) and the British and Irish Trading Alliance (B.I.T.A.), Dr. Michael Casey was among a number of guests to recently attend Veteran’s day ceremonies in the Cathedral of the Assumption and St. Mary’s Garden of Remembrance, Thurles.

Veteran’s Day, usually called Armistice or Remembrance Day in Ireland was, according to Dr. Casey, “marked in 1919 a year to the day after the guns fell silent across the Western Front. Some 210,000 people living in Ireland signed up to fight in the Great War of whom at least 40,000 died – among them 72 from Thurles and 12 from Templemore.

“The overall figure for the number of Irish dead, however, is thought to be closer to 50,000 as an unacknowledged number of Irish living in Britain, the United States, Canada, Australia and New Zealand signed up to serve in the militaries of those countries too.

During the war years (July 28, 1914 - November 11, 1918) few, if any, communities in Tipperary escaped bereavement and the first anniversary of the conflict’s end saw a wide desire to remember and honour those who had so gallantly given their lives in the fight against tyranny.”