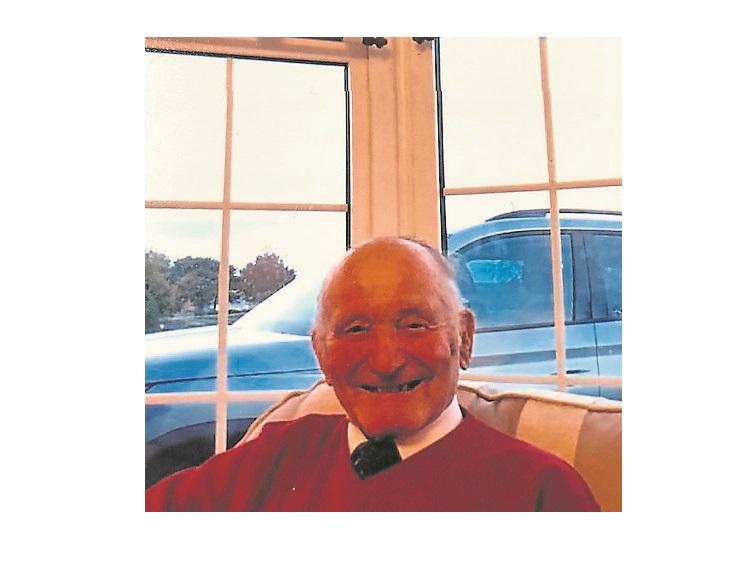 The death of John Russell occurred on January 9 2020 in Ardeen Nursing Home Thurles.
John will be sadly missed by his loving wife Anna, son Aidan, daughters Marie, Margaret, Carolanne and Patricia, Liam, Jim, Anthony and Pat, daughter-in-law Sarah, brother Seamus, sisters Mary and Thérése, grandchildren, nieces and nephews, neighbours and friends.
He was born in Adamstown Templemore on January 20 1932 to James and Mary (nee Fitzpatrick) Russell, where he lived for almost 88 years.
John was one of seven siblings, Michael, Seamus, Joe, Donie, Thérése and Mary.
John worked the family dairy farm in Adamstown for many years.
Apart from the dairy herd, being a traditional farmer, John also kept busy with vegetable plots, poultry and tending to the many tasks that nature created on the farm.
Off the farm John was extremely sociable and loved to meet the locals where many good stories would be exchanged. In later years he enjoyed nothing more than a Thursday at the Thurles Races where again meeting and chatting to various personalities was always a highlight of his day.
John had a huge passion for the GAA, and was an avid follower of the blue and gold. This was evident from an early age when he lined out alongside his brothers on the “College Hill” Hurling team that won the Mid Tipperary Junior Hurling final of 1954.
He will always be remembered as an absolute gentleman, a great husband and a wonderful kind father, grandfather, brother, relative and friend.
John's remains reposed in Grey's Funeral Home and following a concelebrated Requiem Mass in the Church of the Sacred Heart Templemore burial took place in the local cemetery.
May he rest in peace.