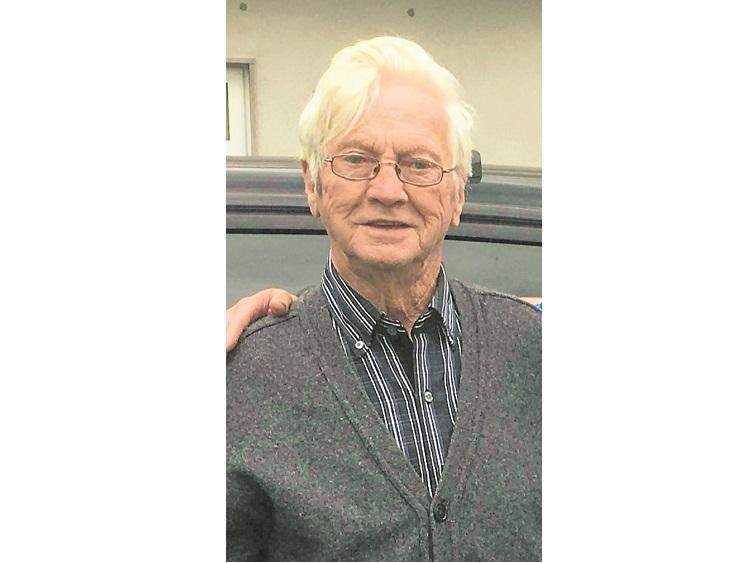 On January 16, 2020, Michael (Mickey) Grimes, lifelong husband of 51 years, proud father of five and grandfather to 11 grandchildren, died aged 83 in the hands of his loving wife, Kathleen.
Michael, born December 22, 1936 was the fourth son of Sophia (Sis) and Patrick Grimes of Clonboo, Clonmore, brother to William the “Banjo”, Tommy and Patrick.
Having left school at 16, Michael took an apprenticeship as a carpenter with Tom Greed, then to Paddy O’Shea both builders in Templemore before emigrating to the UK to be with his brother Patrick.
Michael returned home and met Kathleen in 1966. They married in 1968 and built the family home in Church Street, Templemore, a stone’s throw from Kathleen’s childhood home in Park View.
Michael's career continued in the construction industry, re-joining the O’Shea Building Company as a Master Carpenter. His long association and employment with Paddy O’Shea finished in 1971 and he began employment as Master Carpenter in TaylorMade previously known as Triplex in Railway Road.
Michael retired from this position in 2001 aged 65 .
Having spent almost 30 years working as he always did, surrounded by lengths of wood, his hands crafting and sculpting, shaping and refining precise wooden models. These models when millimetre perfect, eventually became the tools to certify the measurement of the toughened glass prior to quality control and despatch.
His craft, his precise skill and his absolute attention to detail assured him of work throughout his long life in which he tirelessly supported his family. Across his career Mickey constantly found himself helping others, all of whom became lifetime friends.
He never lost sight of his traditional upbringing, his summer evenings lost in the bogs cutting, turning and harvesting turf, his autumn weekends were regularly filled with the sound of a chainsaw, dissecting wind rushed old oaks that found their resting place close to the hedgerows in the shadow of the Devils Bit mountain.
Those who knew him, knew his passion for playing cards, in particular 25. His calculated hand and crafty card skills granted him a seat at many of the regular card drives in many communities including Loughmore, Clonmore and Lismackin to name a few.
Mickey also enjoyed reading and the local Library were kept busy updating their Western collection.
His other passion, the equine type gave Mickey the daily joy of studying the form, observing the non runners, picking his favourite and placing a Lucky 15. It was never about the money for him, it was the little wins that put a wry smile and a cheeky grin on his well weathered complexion.
He leaves behind a multitude of hand-made toys, crafted furniture, perfectly straight tiled walls and elegantly trimmed gardens. He will be fondly remembered by a close-knit family and a whole community of friends.
Michael's remains reposed at his residence. Following Requiem Mass in the Church of the Sacred Heart Templemore burial took place in the adjoining cemetery.
May his gentle soul rest in peace.