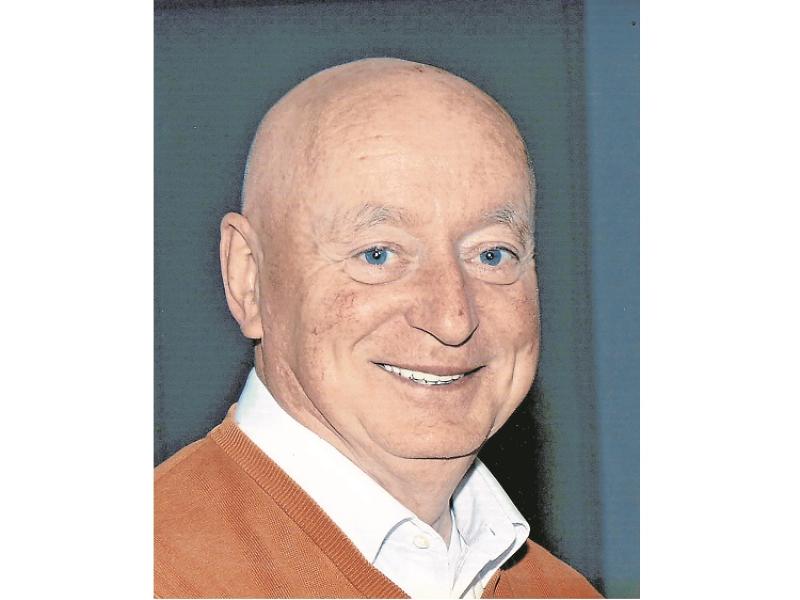 The death took place at his home on Main Street, Templemore on September 25 last of John Walsh.
Born in the same house on February 27, 1948 to Paul and Noreen (nee White, from Errill) John was the second born of five children with his only sister Eileen arriving before him and brothers Dermot, Gary and Brendan following later.
John began his school days in the old National school on Main St. in the early fifties, moving onto the Christian Brothers school in 1960 with Billy Fennell, Tony O’Toole, Michael Maher, Matty Ryan (Drom), Rory Kinnane (Borris), Tom Dwan, Dan Keeshan and John Carroll amongst others in his class.
John was an excellent hurler during his school days playing at full-back on the successful Croke Cup team of 1964 and again manning the edge of the square on the triumphant Kinnane Cup team of 1966.
College life brought John to Bolton Street in Dublin where he qualified as a Civil Engineer before securing employment in Limerick where he met and married Kaye Plunkett from Croom in 1973.
The family returned to Templemore where John took over his father’s auctioneering business while Kaye ran the shop. They reared their five children – Paul, David, Katie, Shauna and Mark – at their new home in Adamstown.
Both John and Kaye were always extremely grateful to the people of Templemore and the surrounding hinterland for their support in both the shop and auctioneering businesses.
John inherited his father’s love of local history and was particularly interested in the history of the Town. He was a great supporter of the Sr Aine Historical Society and served as Chairman in 2013 and 2014. He loved to attend the lectures and always liked to recap the evening’s events over a few pints.
John was also a proud member of the FCA and served as a Sargeant in the 9th Battery FAR. He gave loyal and dedicated service to the unit which was under the command of his late father, Comdt. Paul P. Walsh. He took part in all activities including training, orienteering, annual range, small arms firing on the Devil’s Bit and annual artillery firing in the Glen of Immal. He also took part in various guards of honour including one held in 1966 to commemorate the 50th anniversary of the 1916 rising.
Photography was another passion of John’s and in later life he loved to head off to the Town Park with his camera to capture all the beautiful images on offer.
But without question John’s favourite hobby was travelling. He was all over the world during his lifetime and loved nothing more than receiving a plane ticket in the post from one of his children and off he went.
John’s passing brought great sadness to his family and his wide circle of friends.