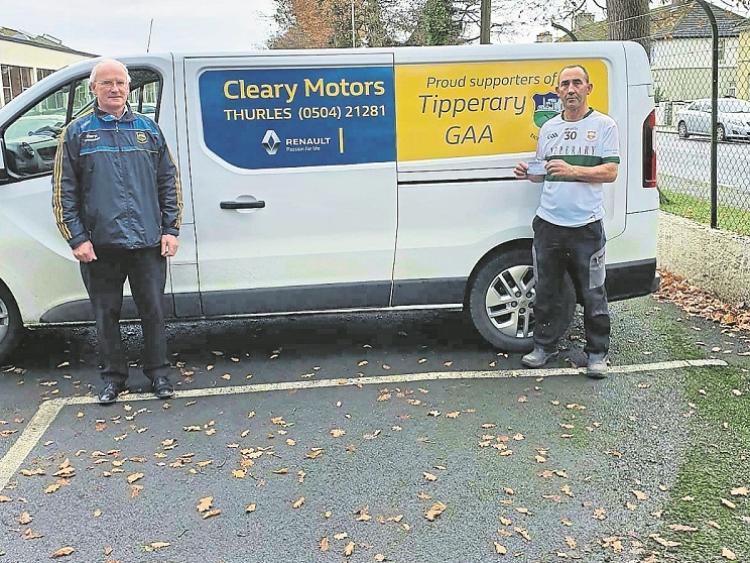 What a day for Tipperary football in Cork on Sunday last as our Senior Footballers captured their first Munster crown in 85 years.
The club would like to congratulate Dean McEnroe, Murty Kennedy, Colin O'Riordan, Joe Hayes, Dylan Hickey and all the Tipperary Senior Football squad on their magnificent achievement.
We also remember all those from the parish who tried valiantly to bring back the Munster Cup over many years but whose efforts came up just short. And also for all those who served as selectors, county board members and of course - the long suffering supporters - this victory was as much for them as it was for the men of today. And of course the town has a link to Tipperary's previous victory in 1935 when Kieran Holland lined out against Cork in a 2-8 to 1-2 triumph. His recently deceased nephew, and former Templemore Eire Og player, JJ Kelly must have been looking down on us in Pairc Ui Chaoimh.
And to cap off a great weekend for Murty Kennedy he also landed the 50/50 on Saturday night when he scooped the €300 Jackpot. Our Senior Club AGM will take place via Zoom on December 12 at 8pm. The Chairperson, Secretary and Treasurer will be elected and the meeting will then be adjourned until a suitable date is found that will comply with Covid regulations
Nominations for the aforementioned positions, along with any motions, must be with the Secretary on or before December 2.