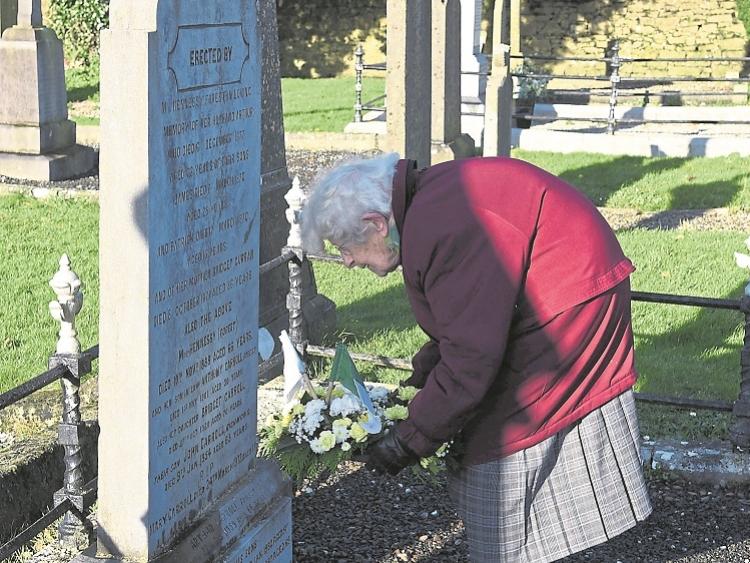 Josie Brennan ( nee Carroll ) lays the wreath on the grave of her father, Arthur Carroll

Last Saturday marked the 100th anniversary of Bloody Sunday but due to Covid regulations all remembrance events had to be cancelled. However the JK Brackens club did lay a wreath on the graves of Arthur Carroll and Bill Grant in Templemore along with one on Bill Ryan's grave in Templeree and Jim Ryan's grave in Loughmore. Both Bill and Jim Ryan played in Croke Park on Bloody Sunday while Arthur Carroll and Bill Grant were team members but were unable to travel on the day in question. When the 1920 All Ireland final was eventually played on June 11, 1922 all four men were in the starting fifteen. The same quartet also lined out in 1925 when Templemore captured their first County Senior Football final.