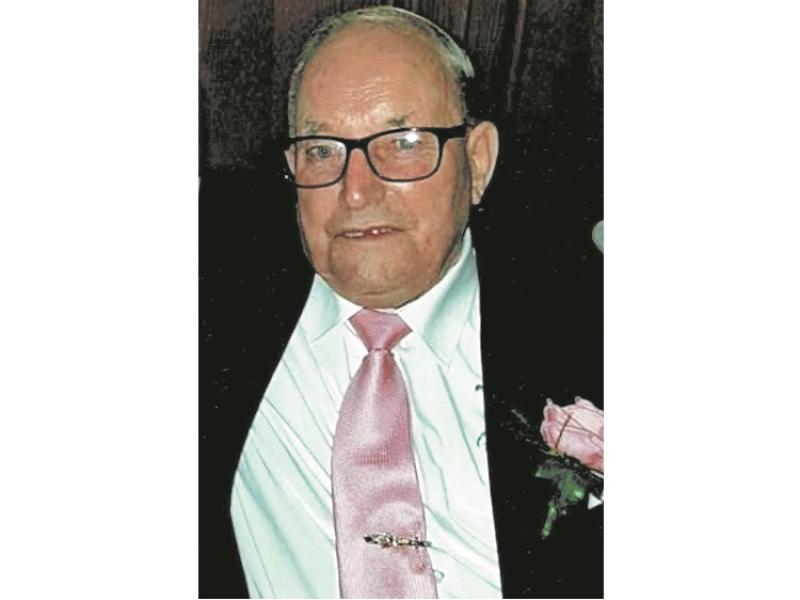 The death occurred on December 14 last of Michael (Micky) Dunne, 8 Lake View Drive, Templemore, aged 81.
Born to Michael and Ellen Dunne on November 6, 1939, Micky began life in Barrack Street before moving to Number 67 Lacey Avenue .
As a young boy he worked with the local farmers where he developed a love for the land and its animals. Horses were his favourite and he quickly developed a flair for both training and grooming them.
Following a brief stint in the Irish Army Micky returned to the horses where he was employed for a time in the Curragh.
He then moved closer to home having landed a job with the famous Christy Kinnane as a jockey/groomsman. Here he spent the happiest days of his life as he gave twenty years sterling service to the Kinnane family.
It was always his wish to return to Templemore where he worked at Duggan Brothers and also in the Garda College. It was in the latter that he developed a great friendship with Roscommon native Gerry Reilly. The two travelled the length and breadth of Ireland attending Horse Fairs and Dog shows. They collected many a Rosette which Micky was proud to show to any visitors to his home.
He was particularly proud of the Cup he won at the Borrisoleigh Fair in 1972 for the Rodeo competition while he also became the first name on the Killea Dog Show Perpetual Cup.
Micky’s love of the outdoors continued in retirement and he was a daily visitor to the Athletic Track for his exercise. He loved to sit in the Town Park with his draughts board – always on the lookout for his next challenger.
He was also a regular Bell Ringer for the Thomas McDonagh Pipe Band on New Year’s Eve.
A great neighbour too, he was regularly seen cutting the lawns or tending the gardens of those who surrounded him. He loved the chat and his kindness, warm welcome and infectious laugh will long be remembered by all in the Park and especially his closest neighbours, Sean and Rita Stapleton, and Billy and Teresa Fennell.
Despite Micky’s failing health his death came as a shock to the community as he had still been out and about. On the day he died he had been up and dressed early and after singing his favourite song “Oh what a beautiful morning” he slipped peacefully to the next world.
His funeral Mass took place in the Sacred Heart Church and he was interred afterwards in the old cemetery.
Michael is survived by his daughter Michelle, son-in-law Paul, brother Sean, grand-daughter Gemma, great grandchildren and Noreen Dunne.