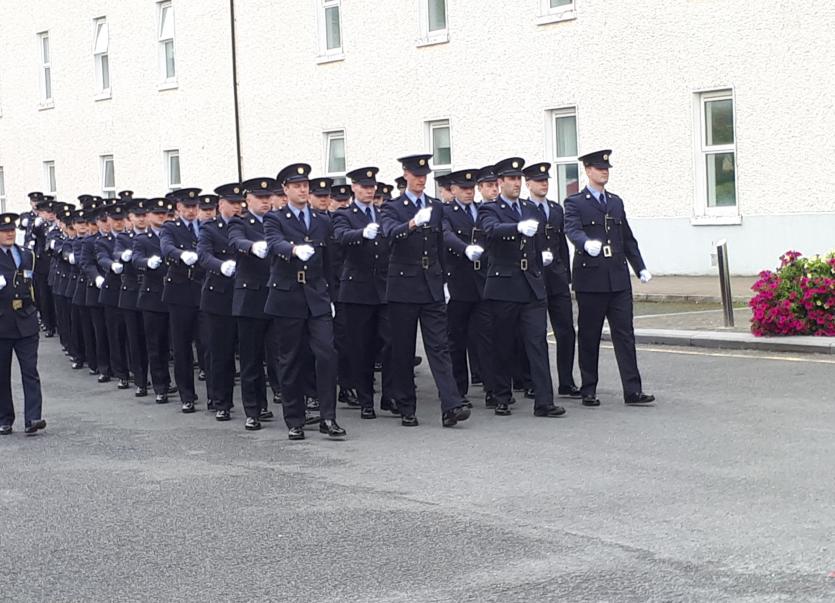 71 Gardai and 69 reserves have been put through their paces to be ready to serve.

The Garda Training College in Templemore has been busy preparing new recruits for the beat despite the presence of the Covid-19 pandemic throughout the land.

Throughout the  pandemic, members of An Garda Síochána have worked hard to support public health efforts to help reduce its spread. And, as part of the organisation’s response to maximise front-line capacity, An Garda Síochána has this week attested 140 Garda trainees and Garda reserves to support the policing of Level 5 restrictions.

The 71 new sworn members of An Garda Síochána commenced their Garda training in May 2020, during the Covid-19 pandemic. These members have undertaken a blend of on-line learning, on-site learning in the Garda College in Templemore, and experiential learning in training Garda stations. These 71 Garda trainees will now take on operational responsibilities.

The 69 Garda reserves have undergone training to prepare them to contribute to front-line policing including public compliance with health guidelines and regulations.
In addition, a re-deployment of uniform personnel from administrative roles to front-line operational duties took place over the last week.

Commissioner Drew Harris said, "A very important aspect of the work of An Garda Síochána throughout the pandemic has been day-to-day engagement with the most vulnerable. Often Gardaí have been people’s only interaction or contact, their only support. The newly attested Garda members and reserves will help support this work and that no one in need will feel as though they are dealing with this alone.

"Crime has continued during the pandemic, and the dedication and professionalism of Gardaí has allowed us to maintain our operational pace over the past ten months. At all times, Gardaí across the country have continued to focus on preventing and detecting criminality.

"Garda members regularly face dangerous, uncertain situations in order to assist and protect the public. It takes true mettle to come forward at a critical period in the country’s fight against this virus and be prepared to give it all to protecting the public from the frontline.

"The 69 Garda reserves have willingly committed their time to support the ongoing efforts to keep people safe and will form an integral part of our policing effort moving forward.
"The newly attested members and reserves will help ensure community policing, crime detection and prevention, as well as the policing of public health regulations are all efficiently conducted,” commented Commissioner Harris.

The Gardai have been allocated to the following areas:
Dublin 17
East 15
South 23
Northwest 16
Total 71


The reserves have been allocated to the following areas:
Dublin 13
East 26
South 18
Northwest 12
Total 69