Down Memory Lane - The Ball Alley in Templemore is remembered 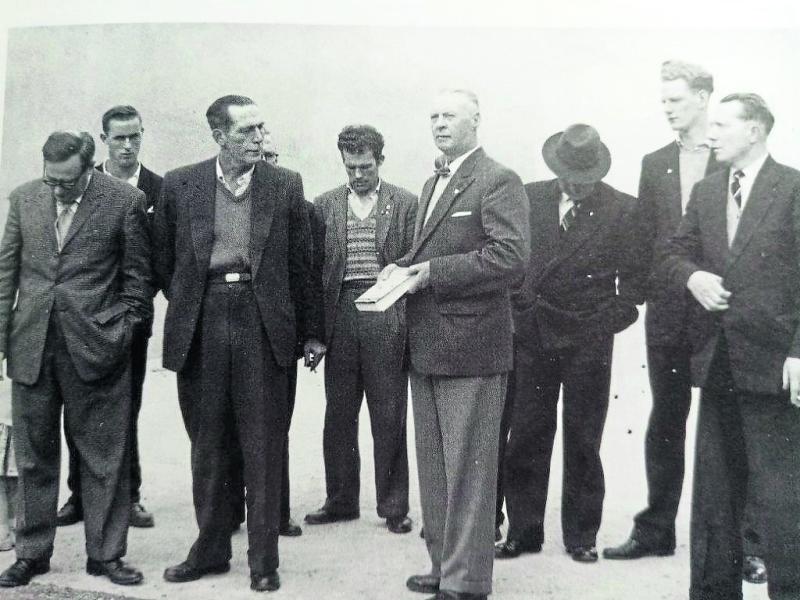 Occasionally we do need to look over our shoulder at what we have left behind. For me, the Ball Alley in the Town Park located at the end of Marian Road and the entrance end of the children’s playground is one of those memorable buildings of my childhood past.

1955: The Urban Council was approached and asked if a suitable site in the Town Park could be provided for the development of a Ball Alley. As a result of the enthusiasm of the committee they later granted a site and the committee set themselves a target of £900 for the purpose of erecting the ball court.

As the project was nearing completion an Annual General Meeting was held. The club was to be known as St. Patrick’s Handball Club.

The following officers were elected:

1958: A tournament was run by the club in October of that year and in the minor section T. Bergin and S. Kavanagh defeated B. Kavanagh and M. Fogarty. P. Sage and T. Conroy defeated D. Tierney and M. Doran. In the Junior Doubles final J.J. Kelly and D. Connors met M. Connors and J. Gleeson while in the first round of the senior, M. Kavanagh and S. Riordan met J. Delaney and S. Kavanagh.

During this time work on the ballcourt was progressing steadily and on September 24, 1961 it was officially opened. It was dedicated to the memory of GAA founder, J.K. Bracken. Thomas Ryan, Chairman of the Urban Council, P. Harrington, J. Walsh and J. McCarthy spoke in glowing terms of the late J.K. Bracken and in particular about his involvement with the Gaelic Athletic Association.

1969: In November of that year handball in the locality received a much-needed boost when Dan Bergin and John Costelloe gave a magnificent display at the Garda Training Centre (now Garda College).

At this time interest in handball was at a very low ebb and in the Tipperary Star of February 19, 1976, the following letter appeared:

“Due to lack of co-operation and general lack of interest among members, it was decided at the meeting on Sunday to dissolve the committee. The funds which amount to £110 will be given to the local centre, where we feel good use will be made of it. We would like to take this opportunity to thank all those who helped in any way with the erection of the back glass and also those who subscribed during the year. We regret making this decision but we feel, in the circumstance, we have no other option” – Signed:- Thomas Lupton, Treasurer, James Sage, Chairman.

My own memories of the Ball Alley, as a young teenager in the mid-sixties, is one of delight. Every evening during the summer one would find a gathering at the Ball Alley. If you didn’t come to play you were always sure of a chat, but most came to see how the local heroes were performing.

Mick Lee was a great hand at the game - able to kill the ball dead from the back of the alley. He had the reputation of never serving a dirty ball into the corner and seldom lost a series of five games.

He had some great rivals in John Costelloe, Sean McCarthy, John Morrissey, Austin Kennedy, Dan Bergin, Seamus Kavanagh and Jimmy Sage, to name but a few.

We all admired these men for their sense of fair play and sportsmanship. It was a great meeting place out in the open as the youth of our town watched the skill of the elders and then attempted to emulate them.

Charlie Ryan, a very promising youth exponent of the game and under the stewardship of Philip Harrington could have gone all the way. There was no social snobbery at the Alley; the poor and less poor could be involved. The middling player was always able to hold his own with the average, which pleased us all.

The Ball Alley, I imagine, is now buried under tons of stone and clay. Occasionally as I pass I think I hear the sound of the ball – each thud measuring the passing of time!